This week, the Farnese Palace in Rome hosted an exceptional gala evening to celebrate “Rendez-vous,” the festival that brings new French films to Italy. Screenings were held in the capitol cinemas of the Nuovo Sacher cinema (taken over by Nanni Moretti in 1991) and the Institut Français. Next up, 24 French films will be released in Italian cinemas in Bologna, Florence, Milan, Naples, Palermo and Turin: a varied selection under the artistic direction of Vanessa Tonnini. For this important cultural event, dedicated to the encounters between French and Italian cinema, Ambassador Christian Masset opened the sumptuous lounges of the palace to 300 distinguished guests from the world of entertainment and cultural life, including actors, directors, producers… Notable figures included the couple Francesco Montanari and Andrea Delogu (in Peter Dundas), the Italian actors Arturo Muselli, Ernesto D’Argenio, and Francesco Montanari (in Brioni). The guest list also included the Oscar-winning composer Alexandre Desplat, Solrey, and actor Marcello Fonte (winner of the David de Donatello Prize for “Dogman”). The evening continued in the recently-renovated gallery of the Carrache, the sumptuous Salon d’Hercule and on the terrace overlooking via Giulia. The festival is an initiative of the Embassy and the French Institute with UniFrance, represented by Christophe Musitelli and Isabelle Giordano. At the opening, Louis-Julien Petit’s film “Les Invisibles” and Louis Garrel’s “L’homme fidèle” with Laetitia Casta were especially anticipated. 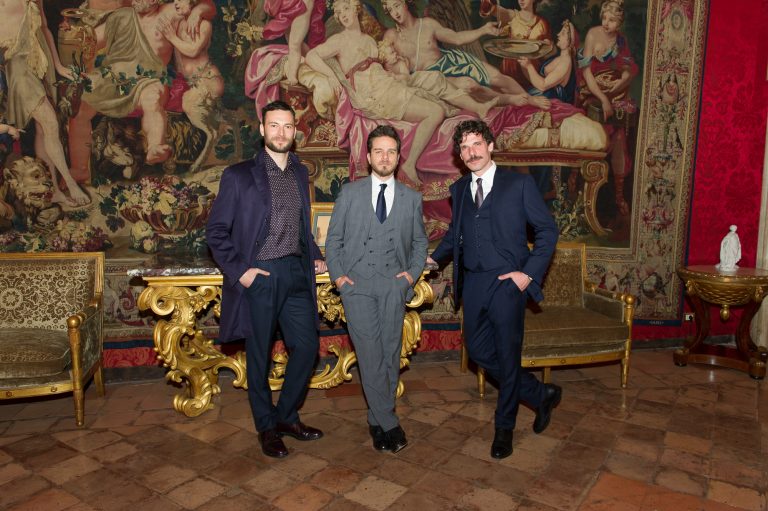 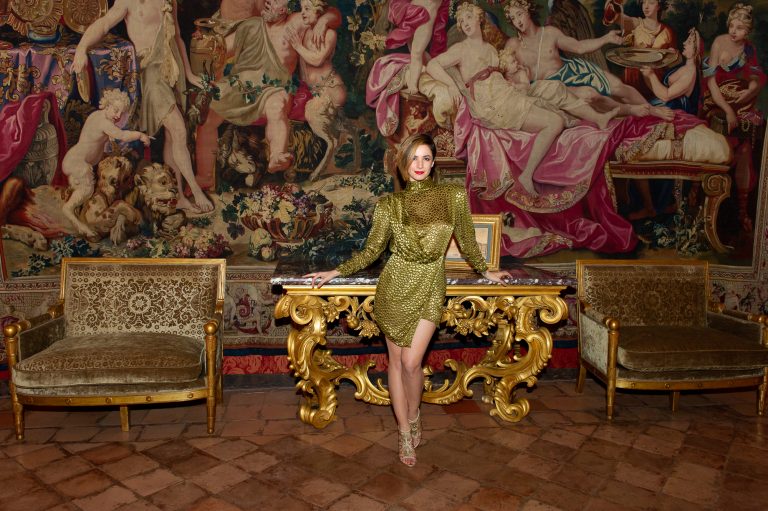 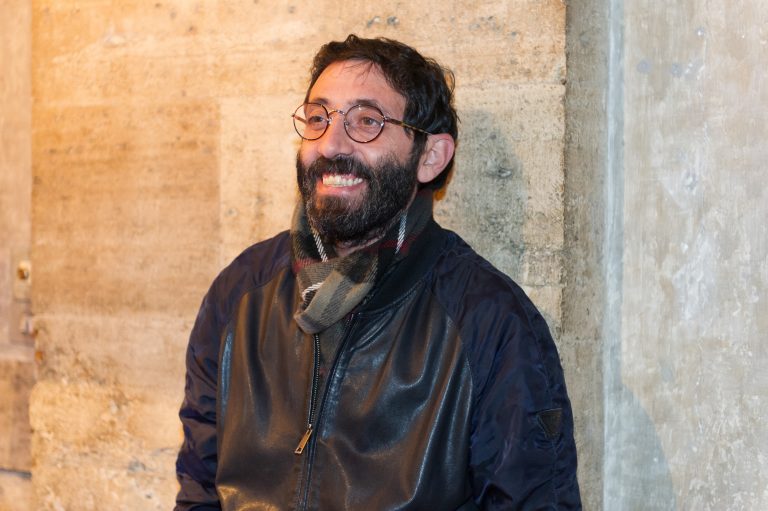 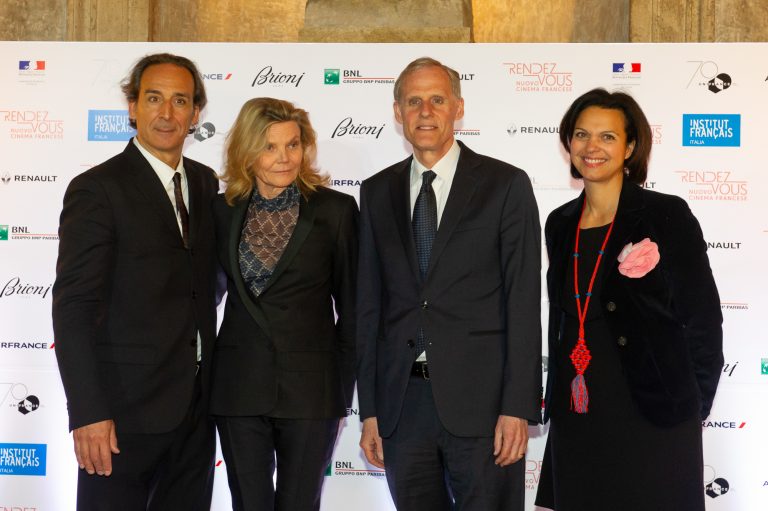 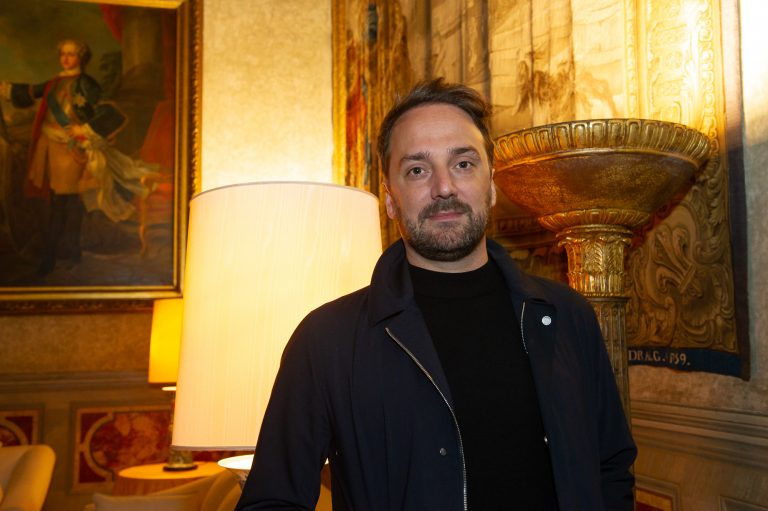 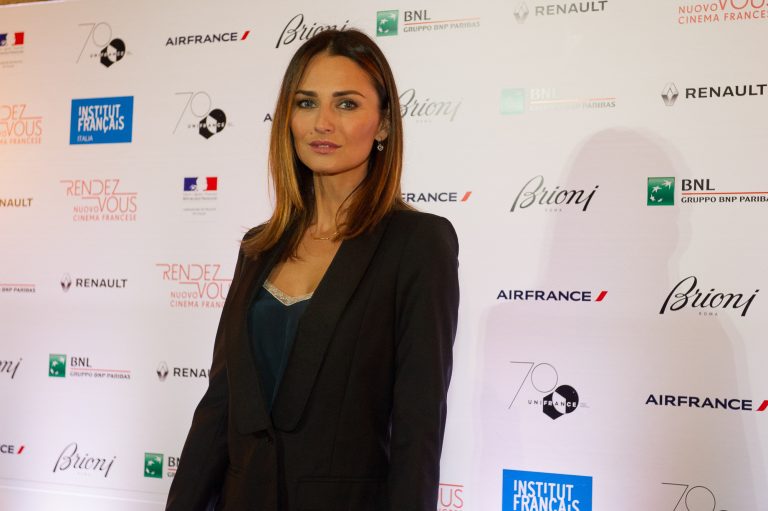 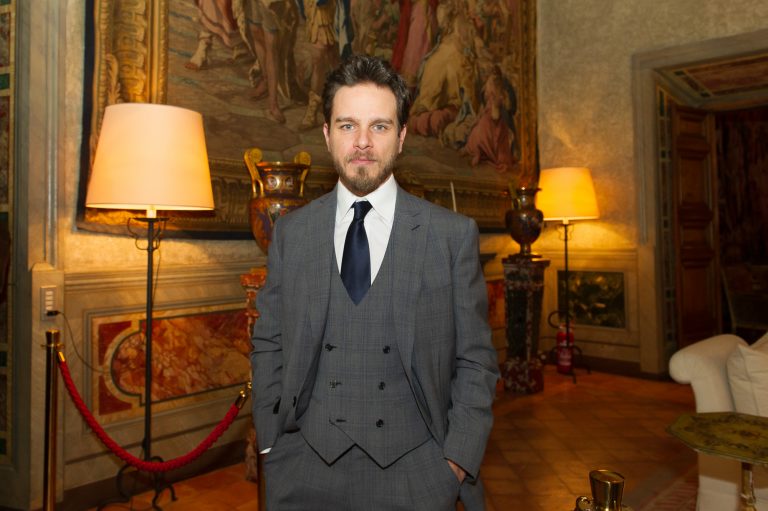 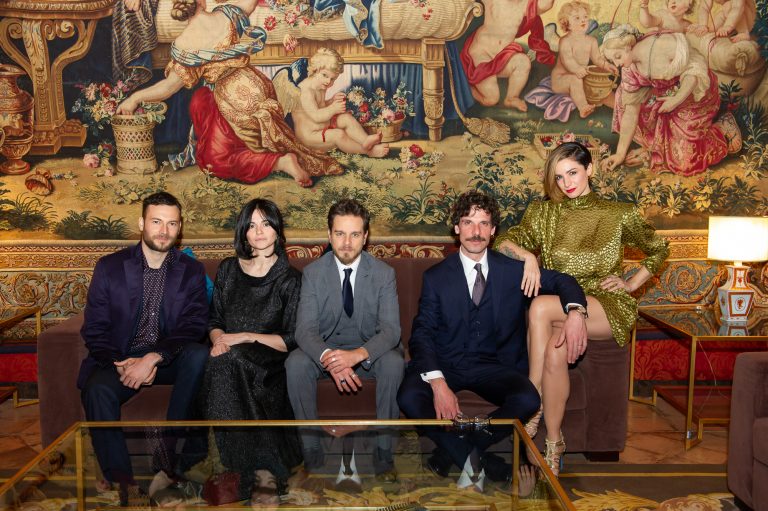 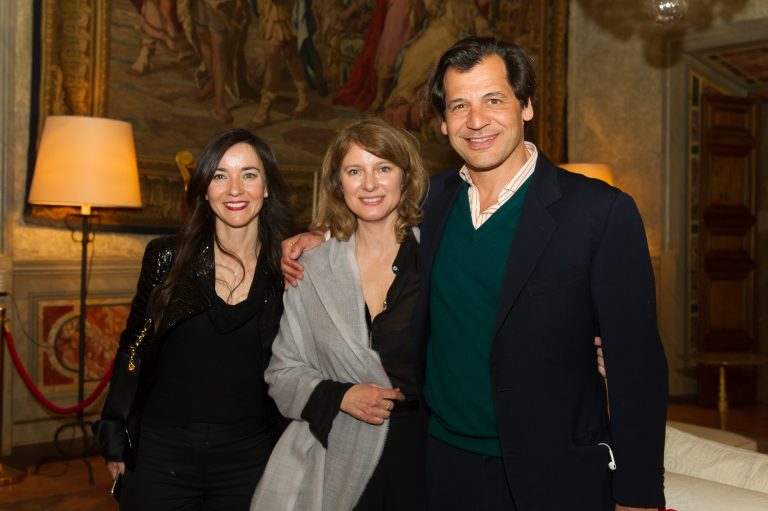 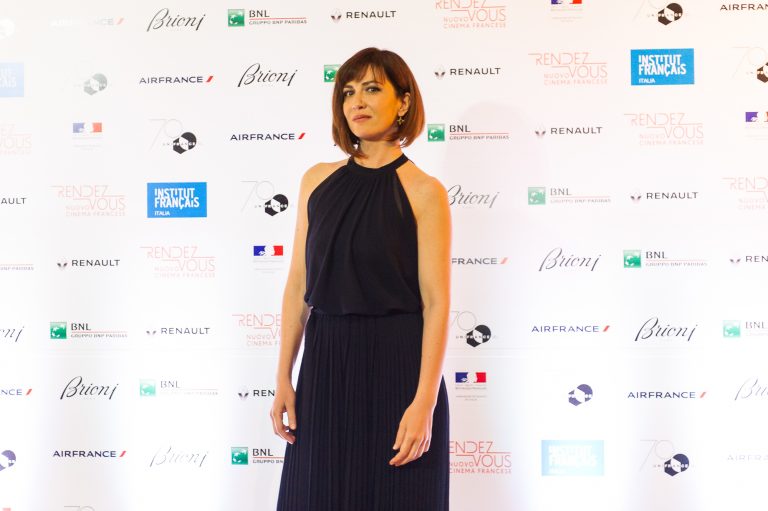 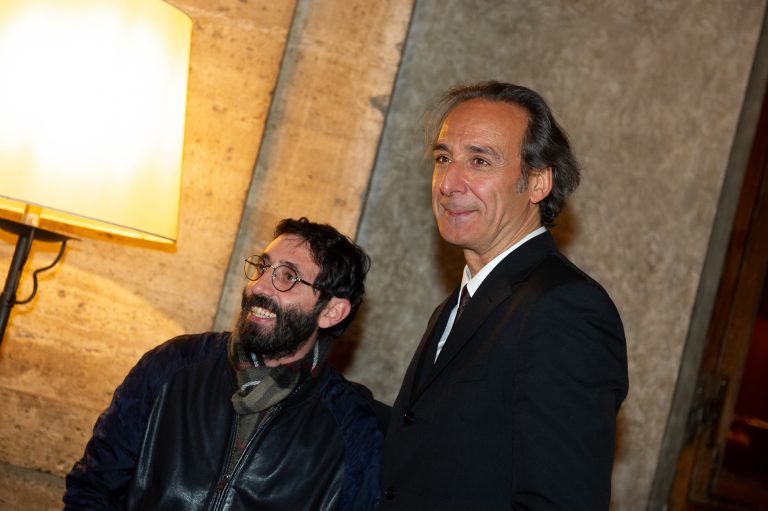 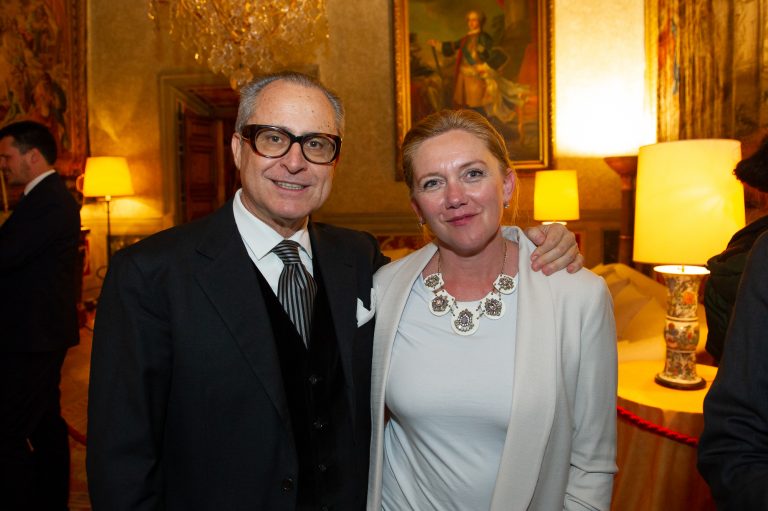 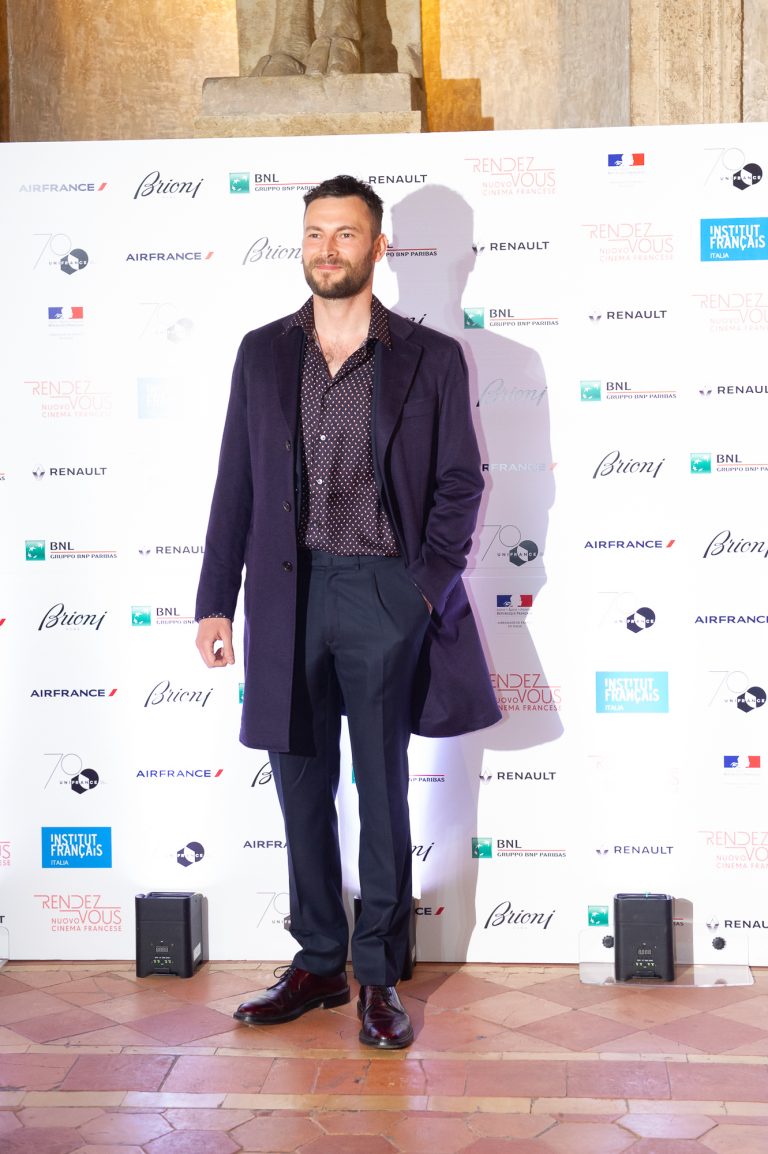 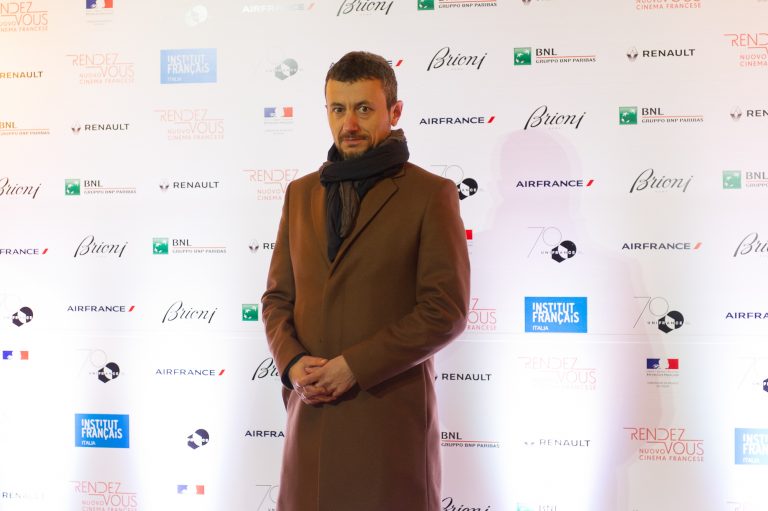 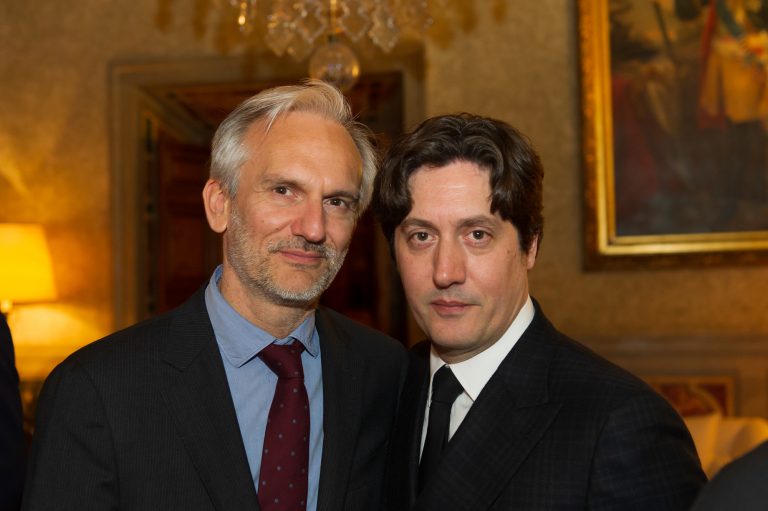 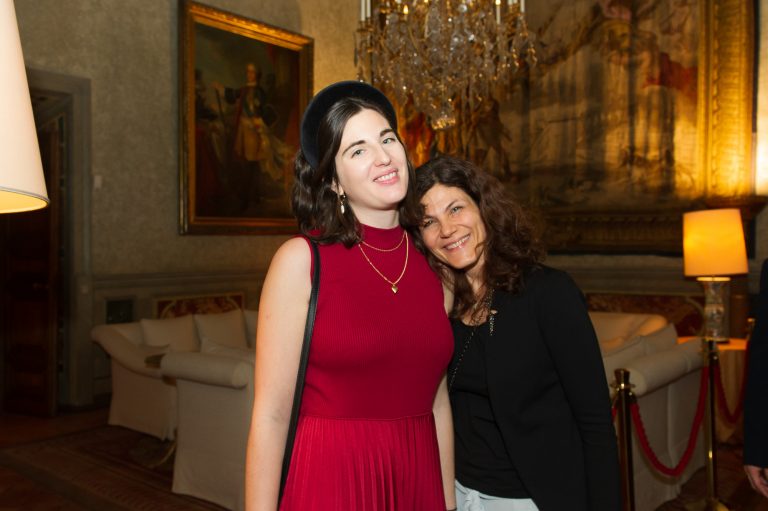 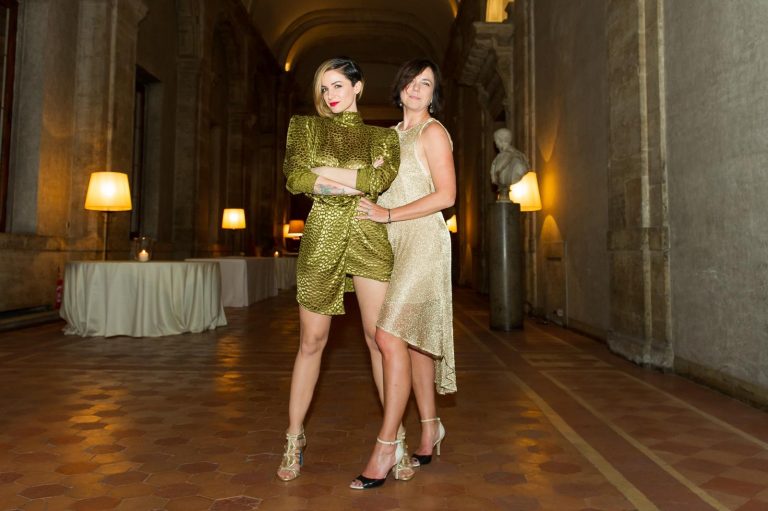 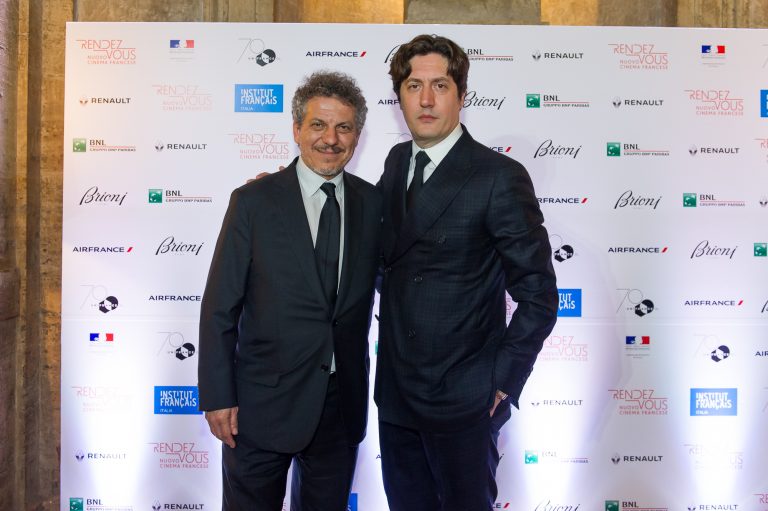 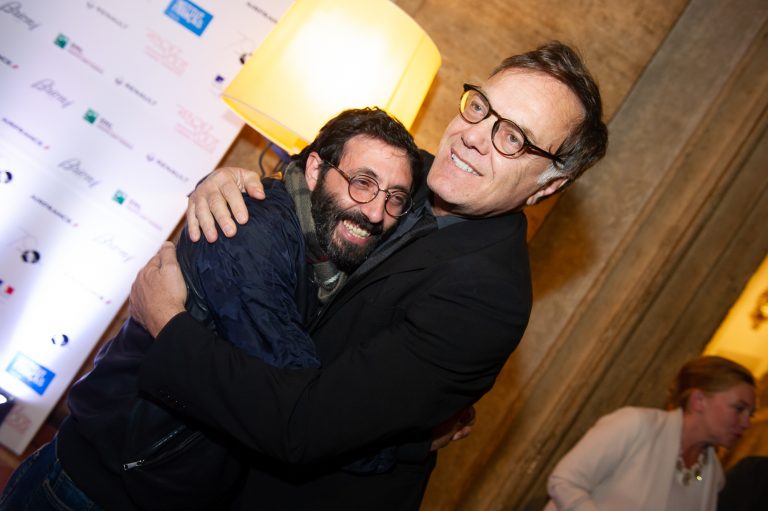 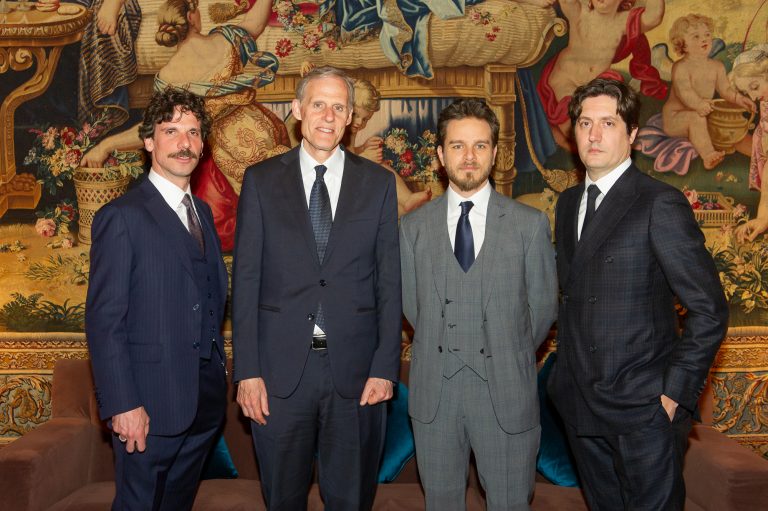 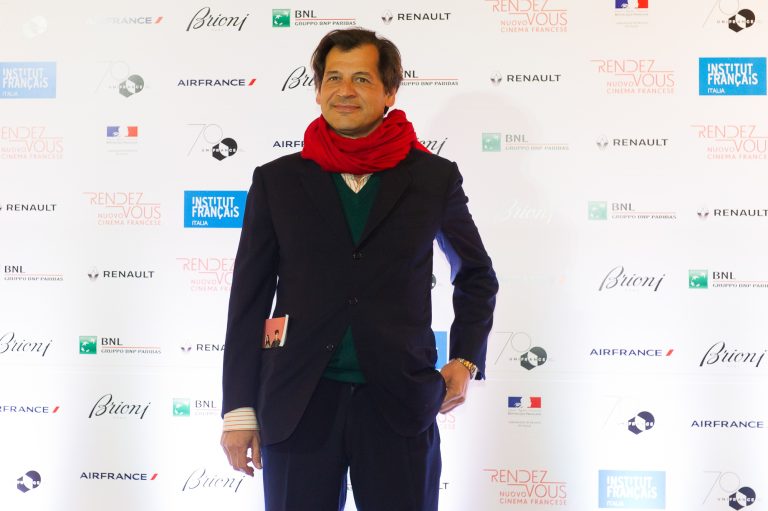 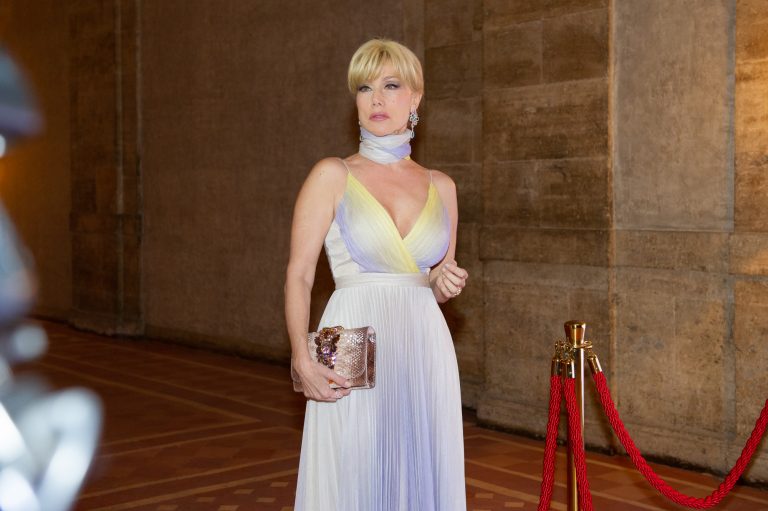 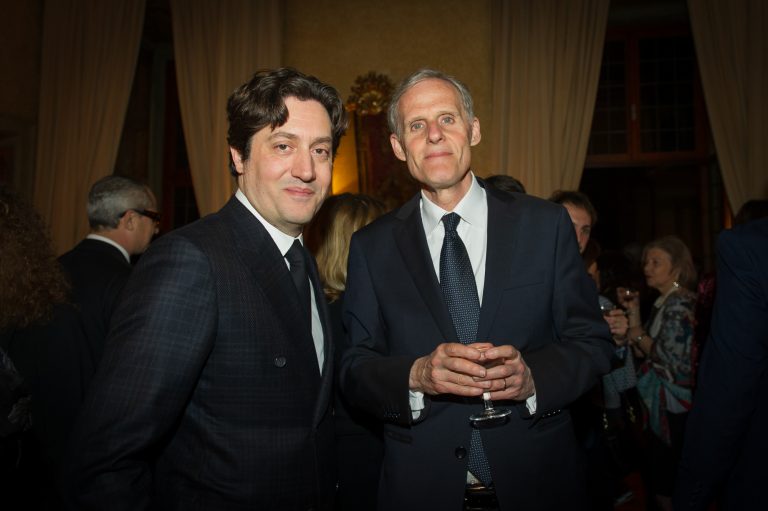 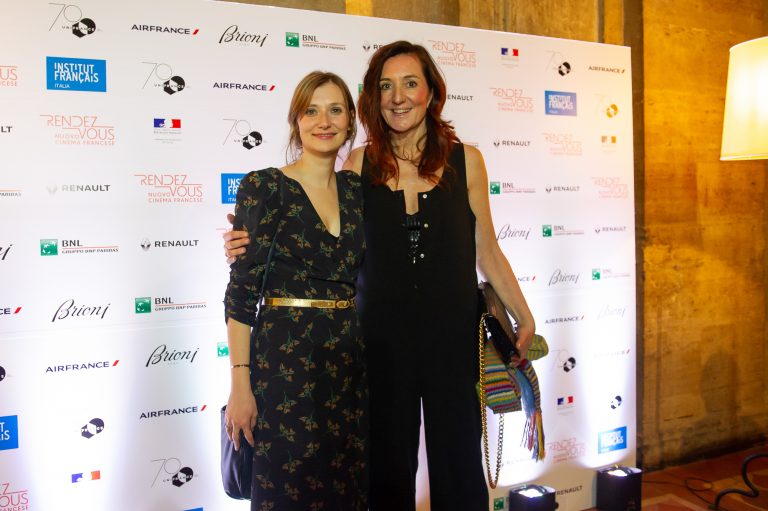 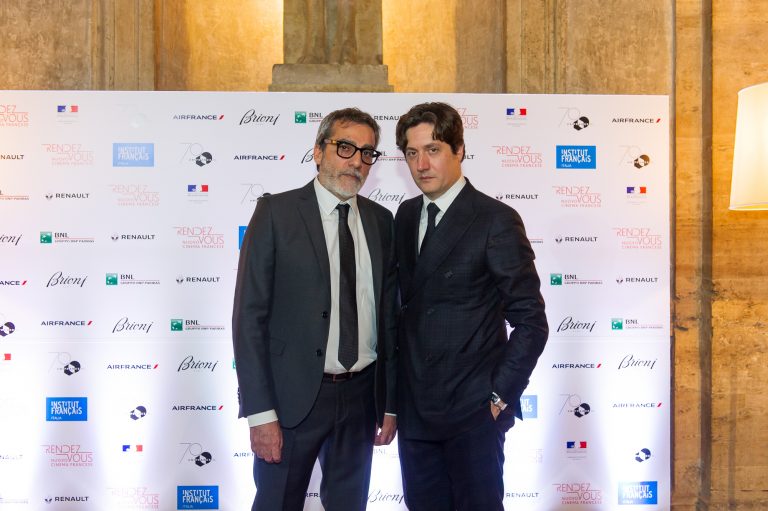 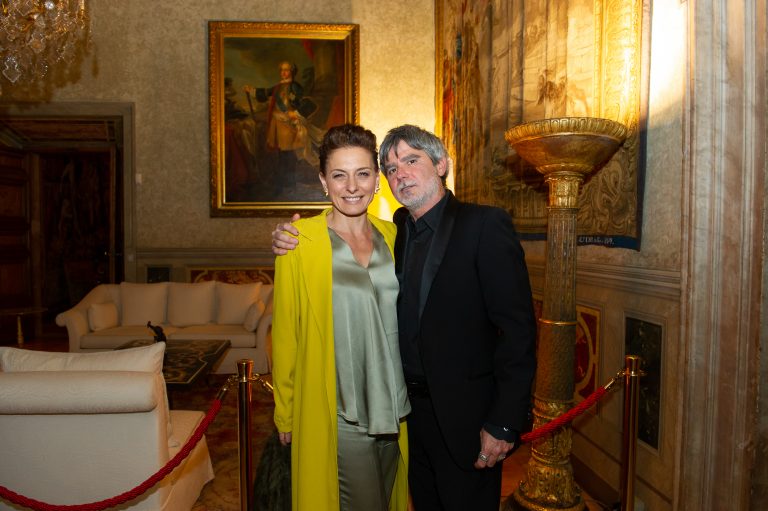 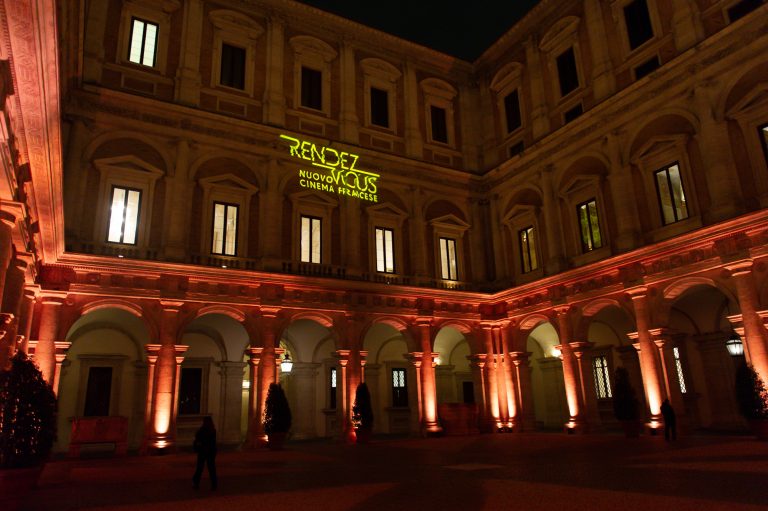 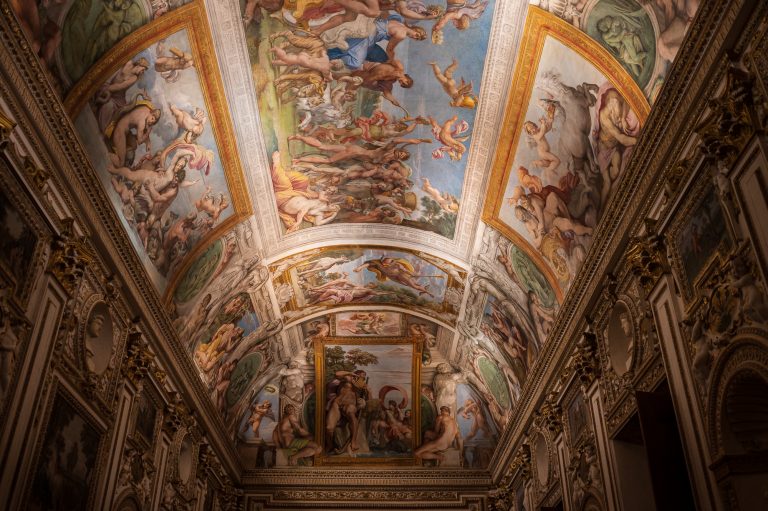 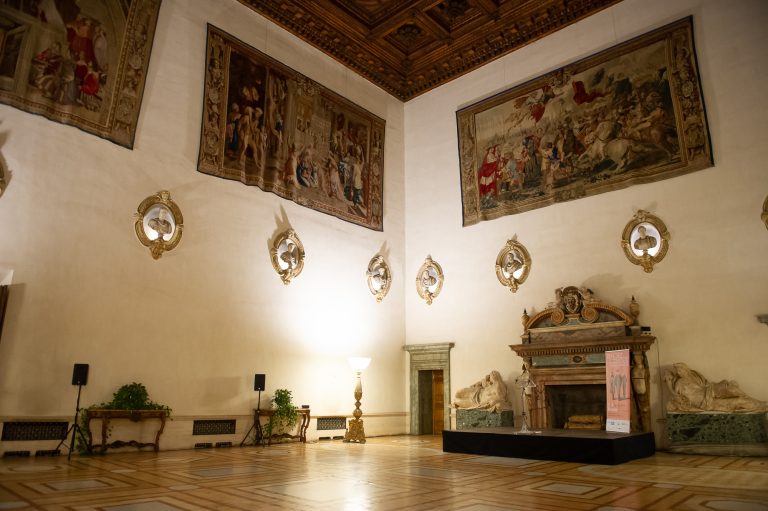 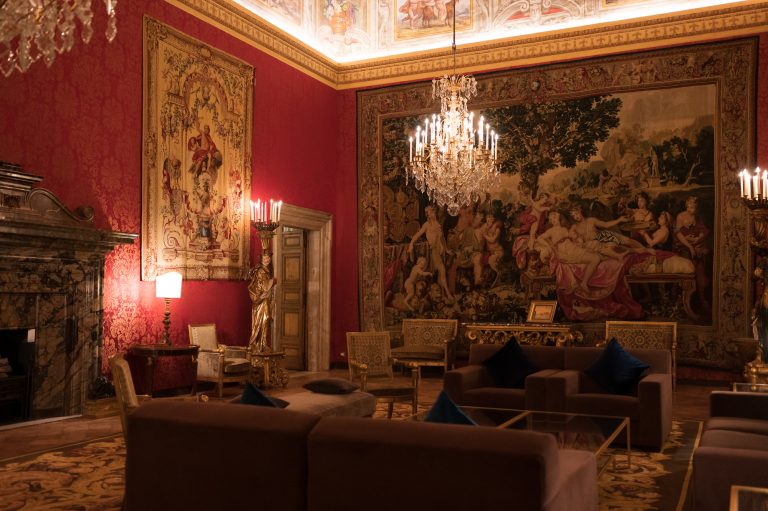