“I always find a certain harmony between what is beauty and what is the lack of beauty.“

One of the most radical figures of the Polish art scene, Artur Żmijewski has been always exploring the nature of evil. His powerful black and white images reflect his preoccupation with current socio-political issues: the system of power and oppression, the nature of violence, and the almost instinctive tendency of human beings to take wrong paths and to sin. The artist establishes an elaborate system of representation, in which fear unfolds through social control, self-censorship and turns into the master of our lives. Żmijewski has exhibited in solo and group shows in museums and institutions around the world, including documenta 12 and 14, Venice Biennale, MoMA in NY and Tel Aviv Museum of Art. In 2012, he curated the powerful 7th edition of the Berlin Biennale for Contemporary Art, entitled Forget Fear, an hommage to the artists who are never afraid to face evil and fight for the truth, creating art works that become political events. His new solo exhibition at PAC-Padiglione d’Arte Contemporanea in Milan, “Fear Eats the Soul”, presents a selection of his signature works and three new pieces that Żmijewski created specifically for this event, including a short film inspired by neurologist Vincenzo Neri’s scientific cinema. This is his first solo exhibition in Italy, curated by Italian art historian Diego Sileo.

Let’s start with the new pieces commissioned by the PAC-Padiglione d’Arte Contemporanea. Could you tell us the story behind them?

These photographic series commissioned by the PAC-Padiglione d’Arte Contemporanea are called REFUGES/CARDBOARDS. They are inspired by the refugee crisis unleashed in the beginning of 2021 on the border between Poland and Belorussia. This border is the land of no one, like a limbo, where refugees stay and die. In these series I was trying to react as an artist not as an activist.

Yes, called “Compassion”, this piece is inspired by the work of Vincenzo Neri, a neurologist from Bologna who devoted most of his studies to the language of the body in the presence of mental illness. Neri began filming the patients to study their movements provoked by the illnesses. He recorded his video with an analogue technique, perhaps a little primitive, but wonderful, and used this film to help his patients and his students.

It is the stories he told that interested me, I did not focus on the medical side. These are stories about human body, about human existence, about people suffering from different diseases, accidents or Post-traumatic stress disorder. My idea was was not to make a copy and paste from Vincenzo Neri’s work, I just drew inspiration from it. In my film there are professional actors who reproduce human behavior and movements. There are stories, human body, desolation, unhappiness that sometimes comes from the human body, but also beauty. So you can see a double meaning: I always find a certain harmony between what is beauty and what is the lack of beauty.

Symptoms of neurological diseases are certainly strong and disturbing, but they can also be beautiful. And the choice of the title “Compassion” is intended to express precisely this empathy I have for people who are ill. I hope I won’t upset anyone, and the spectator will also see this beauty. 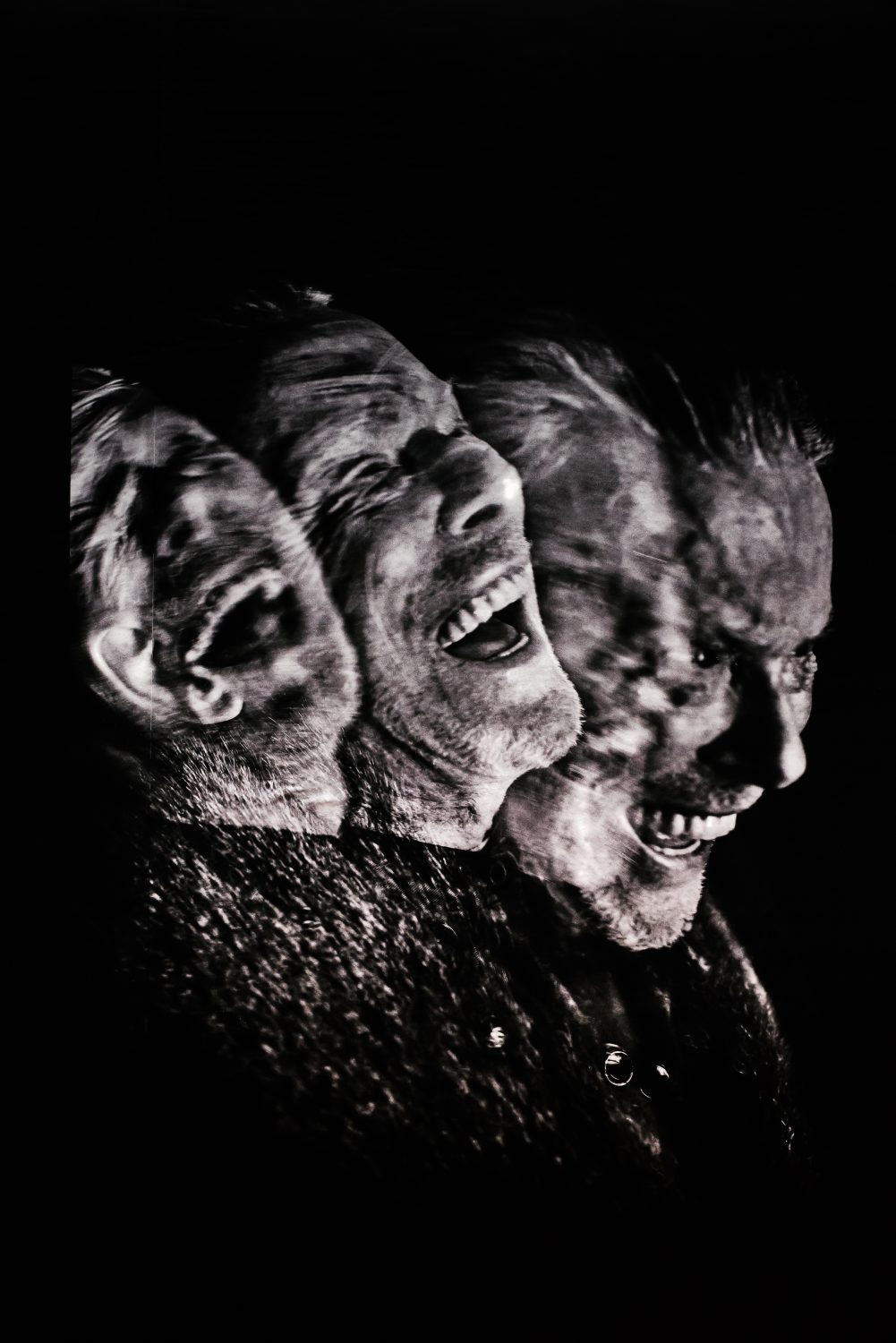 And last but not least, tell us about your new work “POLITICAL GESTURES”, also commissioned by the PAC

It is a long cut and assembled photomontage. “POLITICAL GESTURES” aesthetically deploys the typical gestures of dictators. It is about distrust and lack of confidence in politicians who often manipulate public opinion and end up being cruel. I wanted to show the dark side of power. A process that starts from the election, through the victory where, the same voters, then become victims. My subjects grow in intensity until they reach a central peak, in which the face is not only bigger but also monstrous, literally blotchy with rage.

This is your first solo exhibition in Italy. Could you tell us more about your signature art pieces one can see in Milan?

In the first room you can see another photographic wall of hateful gestures. I wanted to catalogue gestures and people in their most extreme poses: brandishing weapons, laughing mockingly, insulting others with simple hand gestures. Continuing in the second room there are six long short films shot in 2017 in Moscow. The protagonists are Russian soldiers, victims, found mutilated in battle in different armed conflicts initiated by the Russian Federation. I focused, here, on the body, on its fragility, and in particular on the male body. There is also another photographic series and a short movie about the migrant crisis in Germany and in France. I focused on the Calais camp, in the North France, which is especially dramatic. And there are others interesting pieces in the others rooms, like the movie in room number 5. It is called ‘In GAME OF TAG’, like a children’s game, which caused a massive public reaction, people were protesting against it. Unsurprisingly, as a reaction to this work I was charged for committing a crime and my works were removed from some exhibitions. Hopefully, it won’t be the same here. 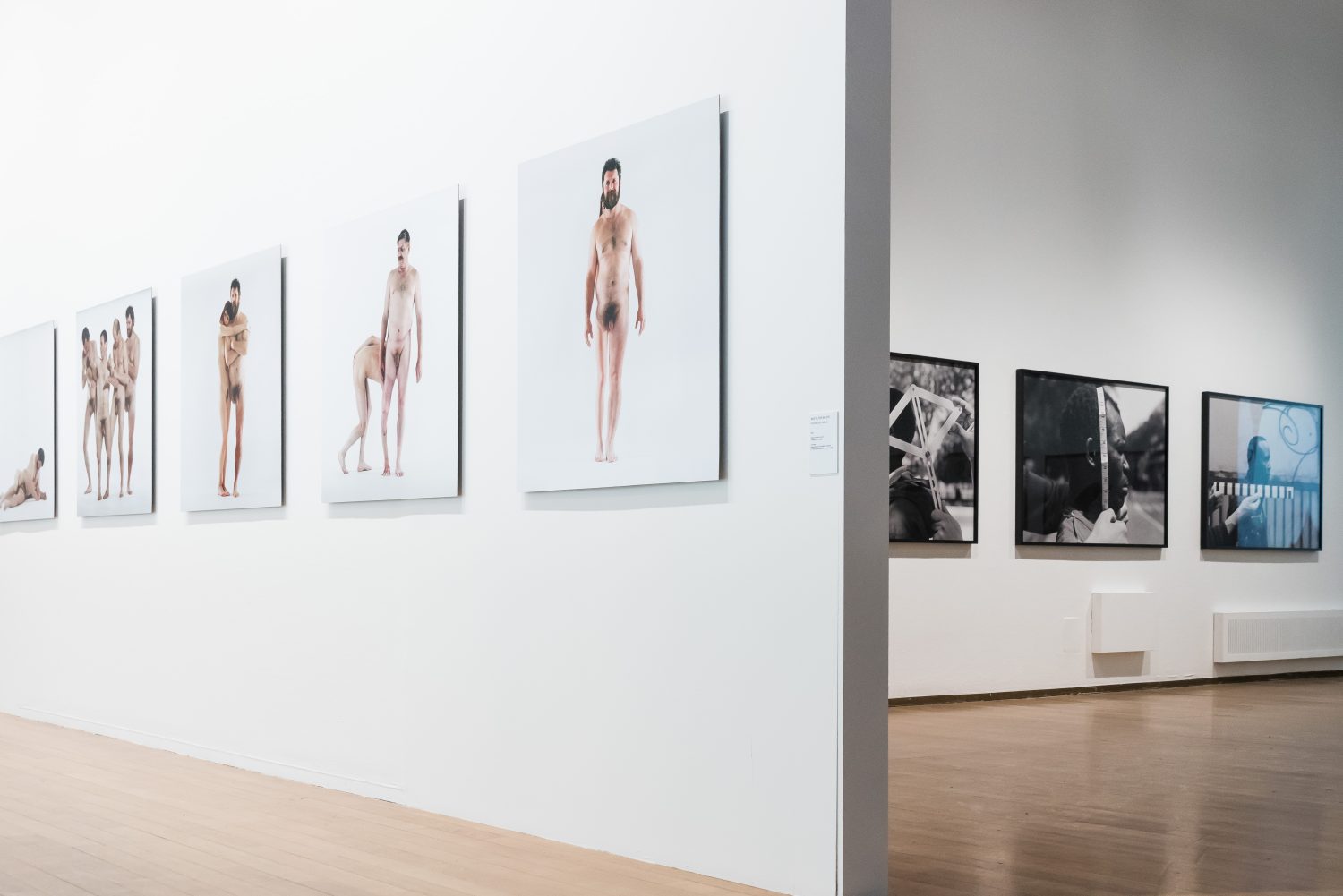 The title of the exhibition is ‘Fear Eats the Soul’, and your works are often depicted in a dramatic way. Fear, however, also contains something positive, it is a force for change, courage. Do you see this courage in your art?

Yes, it is true. Fear contains movement and courage. For example, I remember going to a march in Belfast to film it, and there I was scared because people were cursing at me, but that fear also brought me forward, it was a trigger for me.

You said that you were speaking as an artist and not as an activist. Can these two roles be combined?

It is certainly possible to combine these two roles. But I prefer to keep them separated. Also to protect the freedom of the artist, because I don’t feel I have to serve society, while activists, on the contrary, are at the service of a cause. I certainly believe that art can do something for people and their lives, but it has to be autonomous. Art can have effects on society even if they are not immediate. I cannot react as quickly as an activist can. I need weeks, months and even years to react artistically to certain events, especially to make it meaningful. 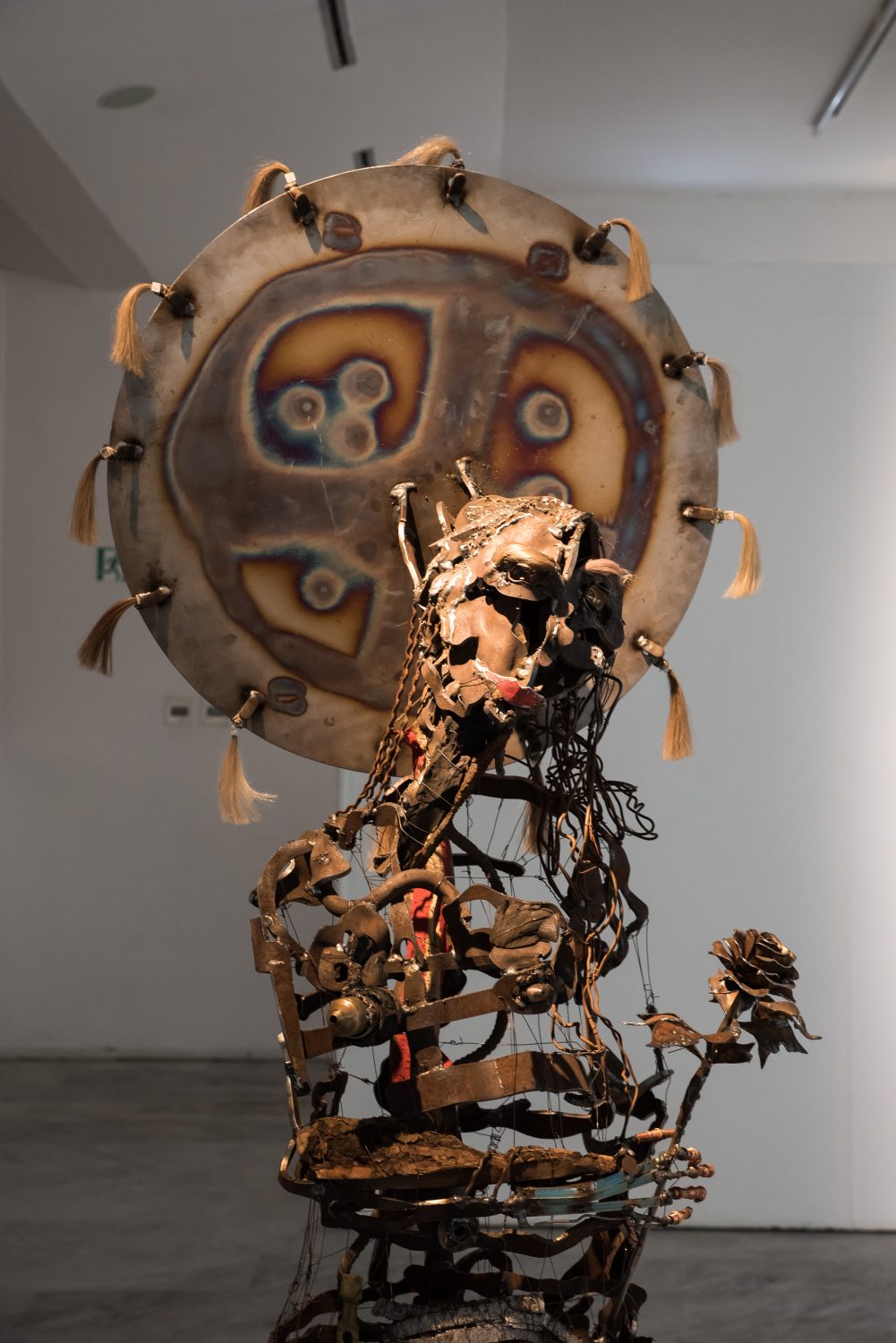 In your opinion, what is the role of artist and art today?

Years ago I questioned myself about the definition of art, the artist and his role. Art can help us identify certain social advances, and the artist can decide whether to join these phenomena, and stimulate theme, or try to eradicate them. Art has an emancipatory power, it is a different knowledge from literature, politics or religion. Art is not a text, art is something that comes directly to you. Perhaps, the role of the artist is more complex. He can manipulate his own position, he can decide his own autonomy and he can also lose it. He can put himself at the service of others or he can be free. Art is very persuasive, which is why it has often been turned into propaganda.

What is your favorite work among exhibited in Milan?

And now, are you impressed by a particular political event that you might turn into the subject of your art in the future?

Maybe, I do not know. Perhaps, you are talking about the war in Ukraine? At the moment I feel paralyzed, I can’t do something. I know some artists are already reacting to this event, but I see them more as activists. As for me, I need time.