Women at the heart of Art Paris

The 21st edition of Art Paris, held at the Grand Palais from 4-7 April, shines the spotlight on women artists. This is thanks to the the fair’s director Guillaume Piens inviting Camille Morineau, founder of AWARE Archive of Women Artists, Research and Exhibitions, to propose a path of 25 women artists at participating galleries.

Morineau, who is also director of the Monnaie de Paris, is known for championing women artists. She curated the exhibition [email protected] showcasing artworks by 300 female artists at the Centre Pompidou in 2009-2011, an exhibition on African women artists at the Muséum d’Histoire Naturelle du Havre in 2016 and the group show Women House at the Monnaie de Paris in 2017-2018.

In 2014, she founded AWARE, a non-profit organisation that documents information on 20th-century women artists. Three years later, AWARE launched an annual prize for women artists that is supported by the French culture ministry: the Prix AWARE for an emerging artist and the Prix d’Honneur for lifetime achievement.

For Art Paris, Morineau collaborated with a team at AWARE, including Hanna Alkema (head of its research programme) on four themes of women artists in France: abstraction, feminist avant-garde, image and theatricality that reveal the important role of women artists in modern and contemporary art.

Say Who spoke to Camille Morineau about her curatorial involvement in Art Paris, how she aspires for equality between women and men artists and how she has encouraged Franck Riester, France’s culture minister, to give greater support to the Prix AWARE.

How did this collaboration with Art Paris come about?

Last year, Guillaume Piens came to see me with the idea that I proposed a path on women artists. I answered ‘yes’ on the condition that it wouldn’t be a personal choice but that of AWARE. We reflected in a team of four, especially with Hanna Alkema. I accepted because it seemed important to bring visibility of women artists into a fair. There are a lot of visitors that aren’t exactly the same as those at museums and the question of the market is important today. Although women artists aren’t very present in museums, it’s changing fast and there are increasingly more exhibitions on them. But the value of their artworks clearly remains lower than that of men due to a lack of information, the fact that they’ve been less shown and less bought, and that there are fewer publications about them. Galleries are important partners in the rediscovery of women artists. 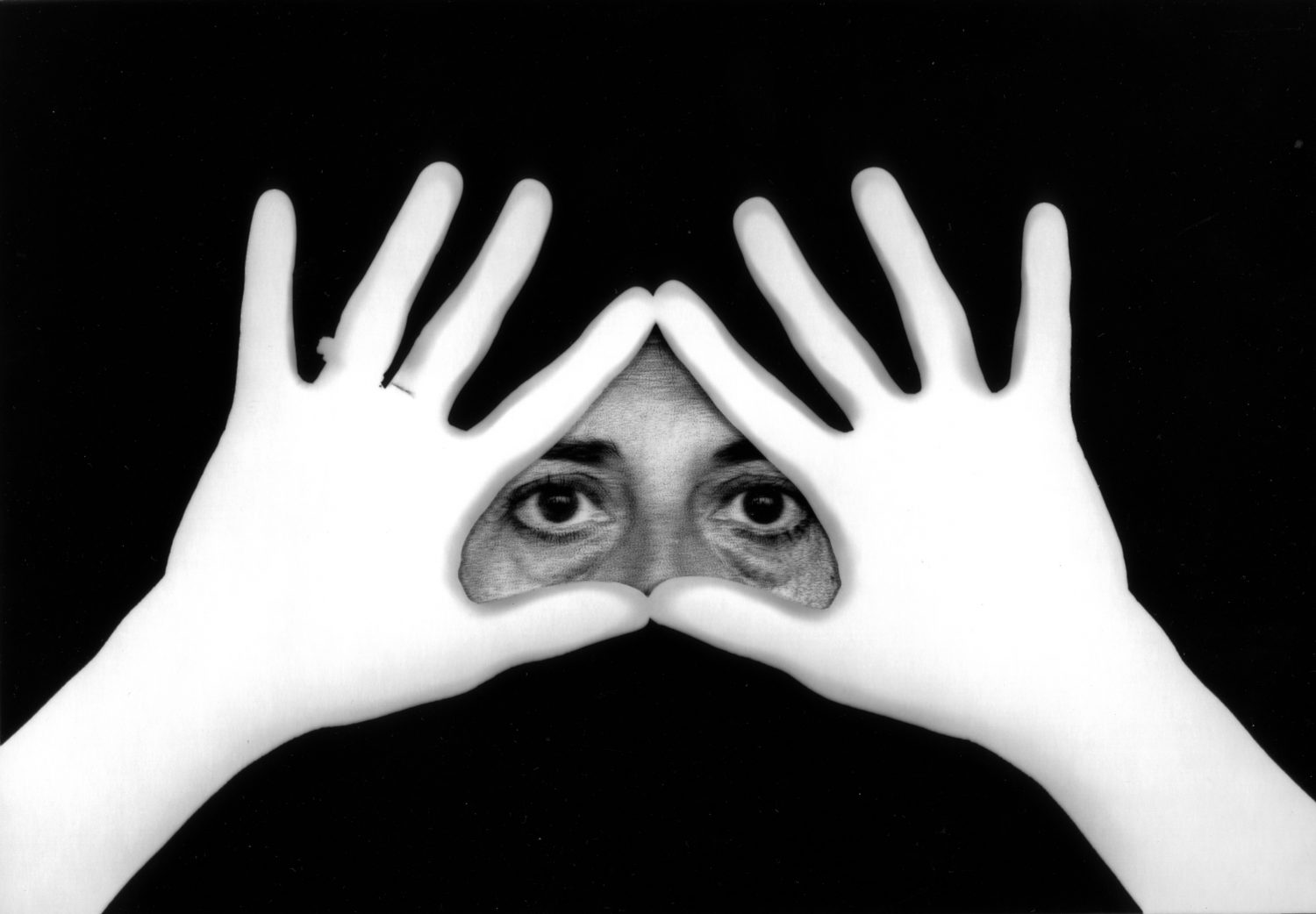 How did you proceed to select the 25 artists?

We made an ideal list of artists and then Art Paris contacted the different galleries so that our list would be respected, which was more or less the case. Some galleries that wouldn’t have thought of participating in the fair decided to be here because their artist was chosen. But the works were chosen by the galleries. So our choice of artists was quite free and gave way to surprises.

Why did you choose the four themes of abstraction, feminist avant-garde, image and theatricality?

We chose the four themes because we wanted to emphasise how women artists have worked in all eras and styles. Each theme is associated with a period that enabled us to show a chronological side. In abstraction, there are many artists who started working at the start of the 20th century. Up until recently, it was thought that abstraction was invented and pursued by men – Mondrian, Kandinsky and, more recently, Jackson Pollock. But abstraction was enormously invented by women artists such as Hilma Af Klint and Sonia Delaunay, who was overshadowed by her husband Robert.

The history of abstraction needs to be rewritten, which is why we picked 13 women abstract artists. Their strong, radical work defies the image we have of 20th-century abstract art. Bernadette Bour’s work [at Françoise Livinec] is very close to minimal art; I discovered it when we brought it out of the Centre Pompidou’s reserves for the Elles exhibition. And Marinette Cueco makes astonishing, abstract works with vegetal materials – she could have belonged to Land Art or Arte Povera.

Feminist avant-garde seemed obvious as it’s an important moment in art history. Image is about how women artists were important in redefining photography as visual art in the 1980s/1990s. For younger artists, we used the concept of theatricality because some of the artists we like all treat art like a stage, making the visitor enter their installations like an actor. It’s a way to talk about the dynamic work by this emerging generation. 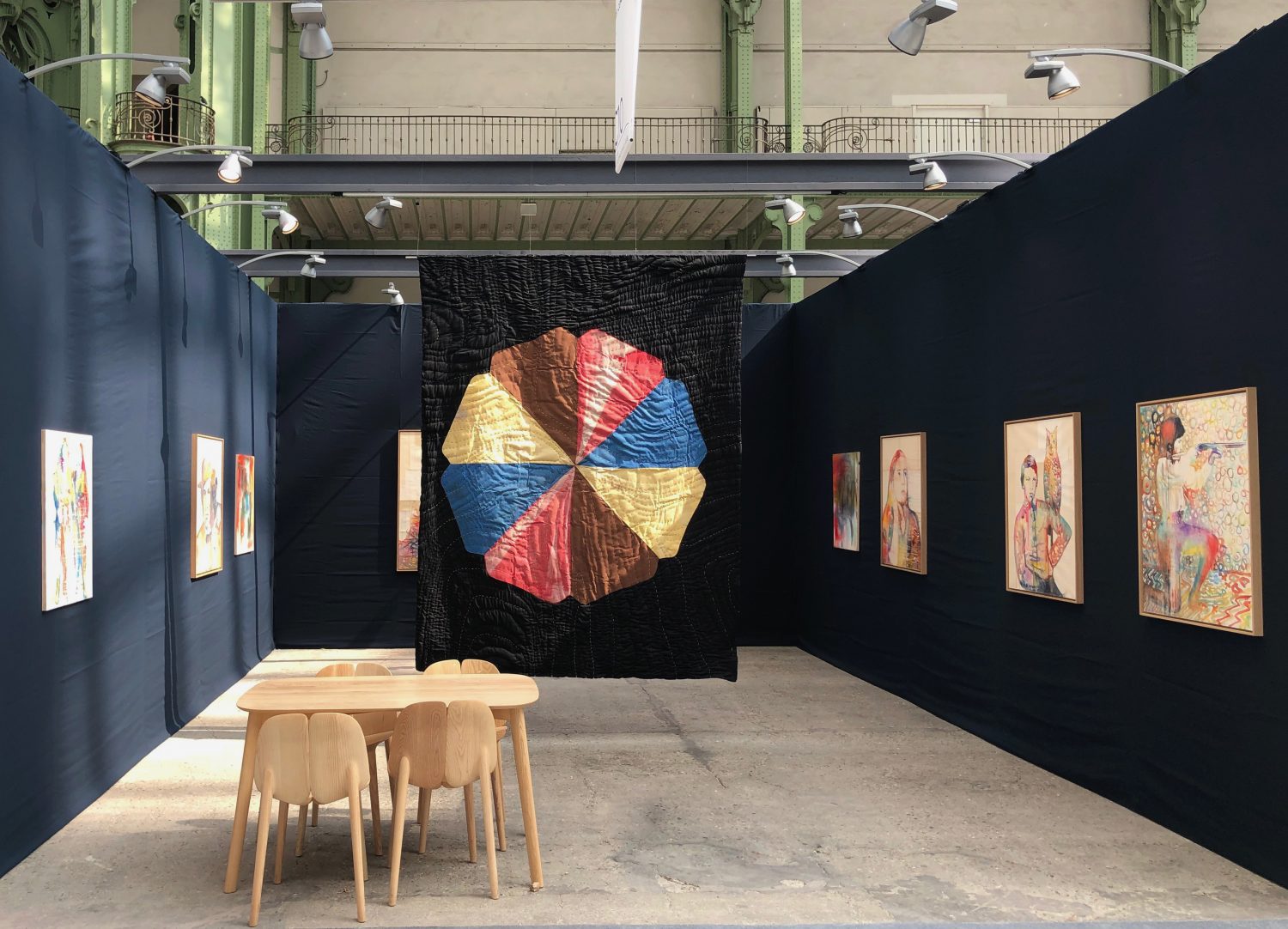 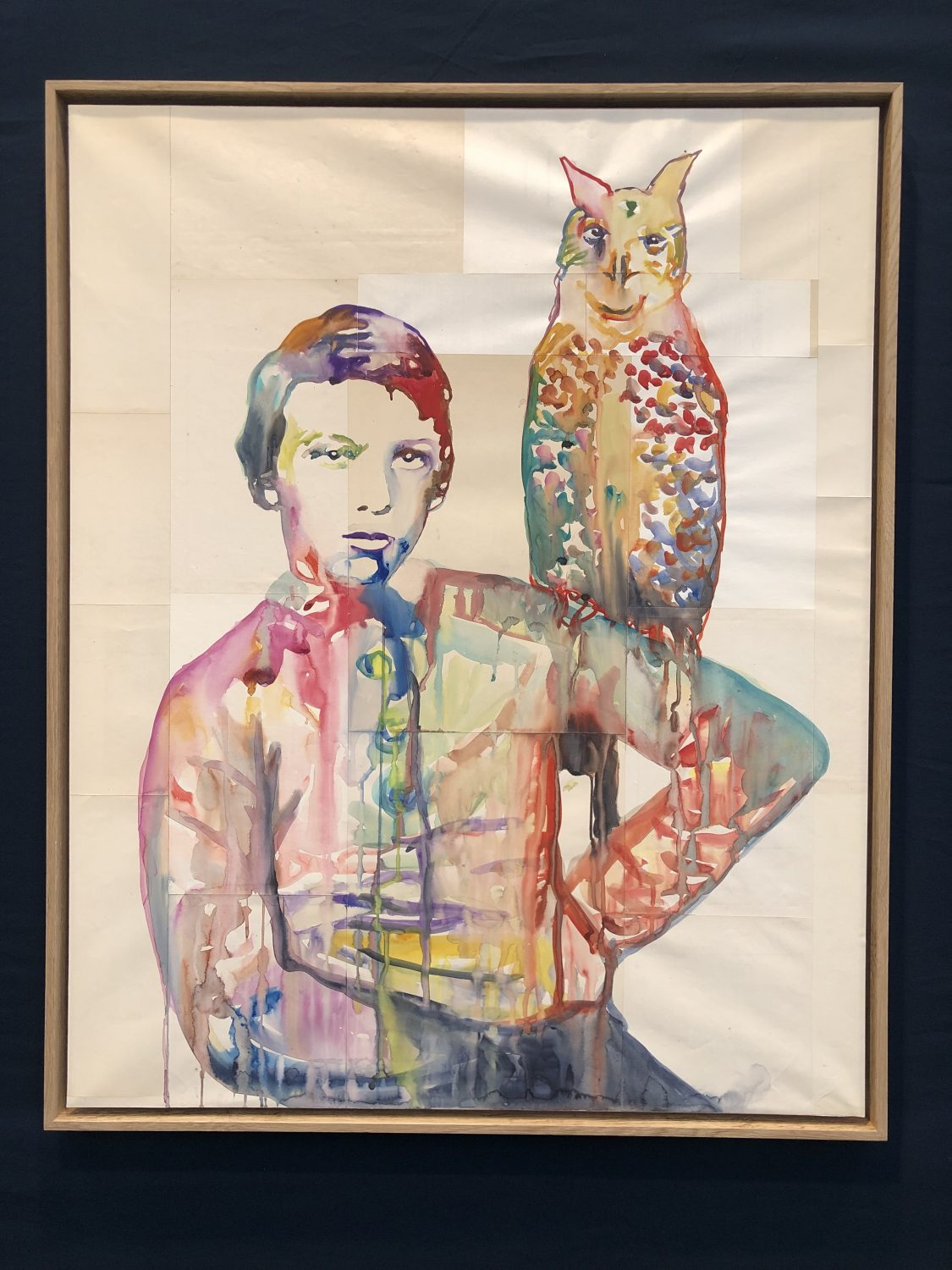 What discoveries did you make yourself?

Teresa Tyszkiewicz, a Polish artist who moved to France and who makes radical works using needles. Her work was rediscovered by Anne de Villepoix who has worked like an art historian in discovering and showing it.

Galleries that weren’t invited by us have also chosen to show women artists so we have a very feminine and feminist fair and that’s what the AWARE association wished, that this initiative would go further than our simple choice of names, raise broader questions and encourage other galleries to participate in this rediscovery. It creates another kind of ambience at the fair.

What was your incentive in creating AWARE in 2014?

I think there’s a lack of information on women artists and that the internet is an important tool to share information. It enables students, researchers and the public to find information on our bilingual website. We’ve already published 500 biographies on women artists and we’d like to publish several thousand. Information is more easily available in Europe or North America but we need to work more on Latin America, Asia and Africa. Soon I’m going to recruit somebody who will be responsible for international development so we can establish a network of specialists, obtain information and organise events in other countries and continents. We want to establish better relationships with universities, museums, collectors, galleries and artists.

Audrey Azoulay, who was a culture minister during François Holland’s presidency, enthusiastically supported the Prix AWARE’s first edition in 2017. How does Franck Riester, the current culture minister, support the prize?

This year, the culture ministry signed a three-year contract with the Prix AWARE for a substantial amount. It’s important financially and symbolically. For the Prix d’Honneur, we’ll continue to give €10,000 to the winner and we’re developing publications with interviews on the winners because I think women artists have never had their voice heard enough. For the AWARE prize for an emerging artist, we’ll help them to have an exhibition at an art centre or regional art centre in France and the culture ministry will acquire one of their artworks. Our aim is to work closely with all institutions and make women artists more visible. 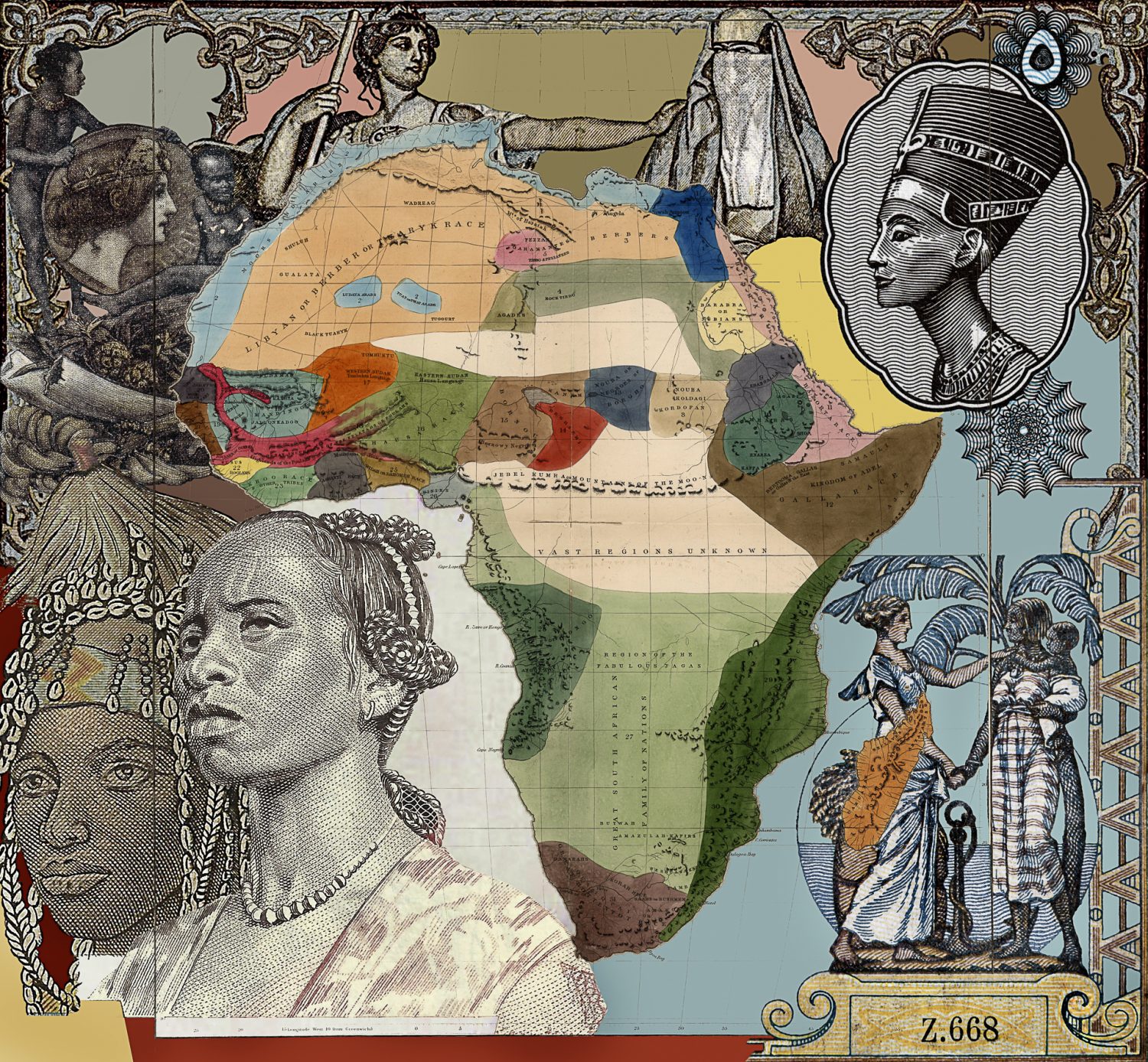 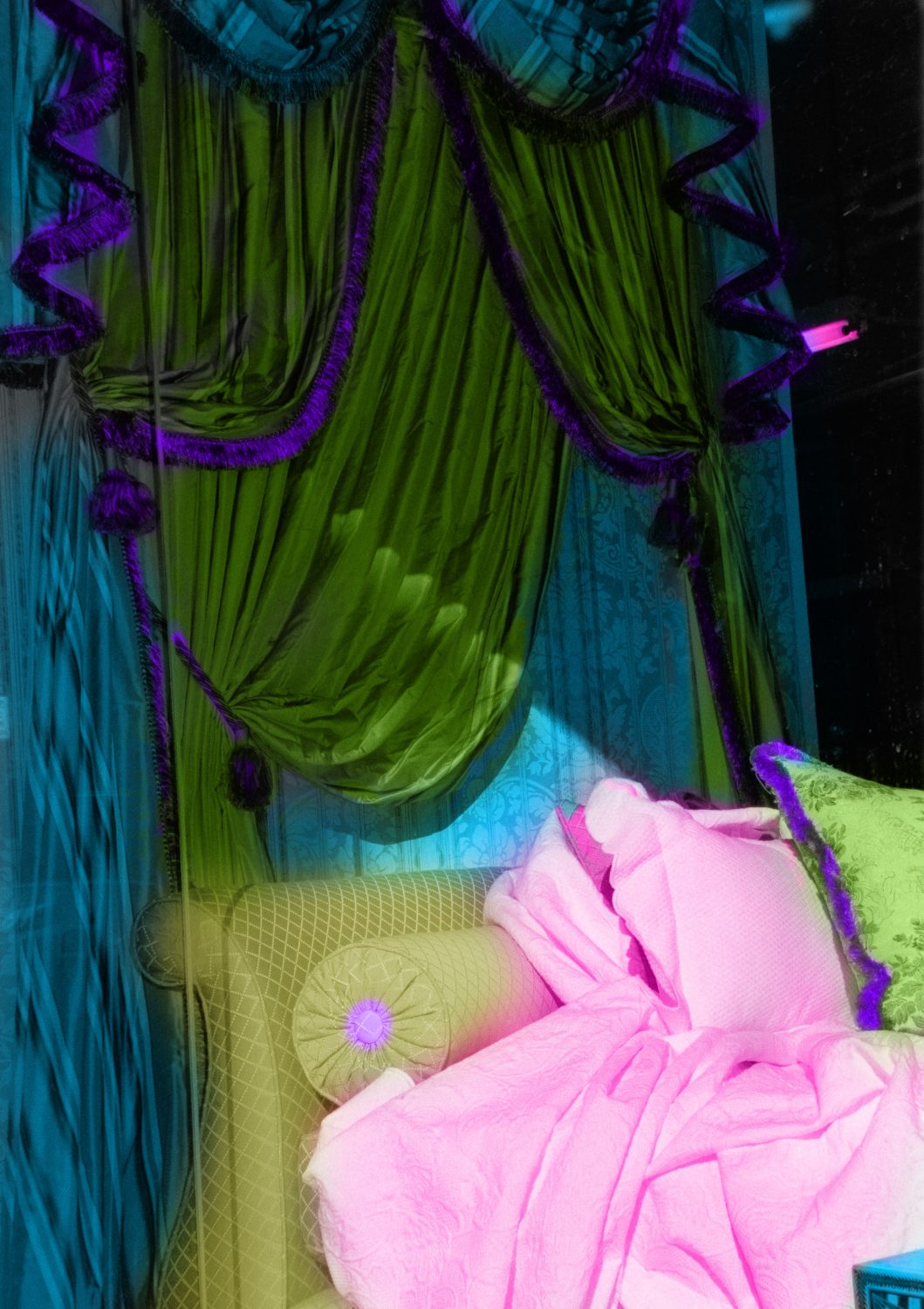 What impact do you think the #MeToo movement had on the French art scene?

I think the #MeToo movement radically accelerated the awareness of how women had been been forgotten in all domains of history. In the art world, the same things happened as elsewhere: there were people who were denounced and practices that were highlighted. Thankfully, we have a culture minister who’s very reactive because I’ve just come out of a meeting about equality. Measures have been taken for all domains of culture and creation – art, music, live performances and architecture – that take into account how women are represented in institutions. There’s also a desire and recommendation for acquisitions to be sensitive to women artists.

How do you see the situation of women artists evolving in the next 20 years?

I hope in 20 years’ time that the AWARE association will no longer be useful and information on women artists will be equal to that on men. So the equality question won’t be asked anymore. I hope that women will naturally and regularly be shown in the permanent collections of museums on a parity with men. That’s the direction I’m working in.