Portrait of our collective utopia

Kate Moss and Laetitia Casta are tattooed with brand names such as Cartier and Gaultier on their chests. Beside them, enlarged portraits of Grace Jones, Madonna and Prince have their faces cut out, with lacerated strips framing the voids, the faces replaced with a mirror. The two series are by Daniele Buetti who first became known for modifying appropriated images ripped out from fashion magazines in the 1990s. Fascinated by popular culture, the 63-year-old Swiss artist, based in Zurich, creates interventions with images, further mythologizing the models and celebrities in the pictures. At Paris Photo, Buetti’s work is included in the “Curiosa” section featuring a selection of erotic photography curated by Martha Kirszenbaum. On display are works made from 2008-2018 from Buetti’s “Looking for Love” series of models and his series “Are You talking to Me?” (2018) of defaced celebrities.

You began “Looking for Love”, your series of reworked fashion images, in the 1990s, a time when appropriation art – such as Richard Prince rephotographing the Marlboro Man advertising campaigns – was prevalent. Did you feel an affinity with this?

There’s an affinity in the sense that in the 1980s there were appropriation concepts with a lot of people retaking things; it was in the air. But before appropriating images, I did a five-year project, “Flügelkreuz”[Winged Cross], where I created a sign of a cross that I used in different fields as a way of conceiving a logo. Then I got a grant to go to New York for a year. I set up a small street stand in various areas of New York and proposed tattooing the names of the 12 best rated companies on the stock market onto people’s arms with a Bic pen. On my stand, I had photographs of someone’s skin with Coca Cola, IBM, General Electric or Philip Morris written onto it. I proposed a tattoo for $1: It was a time towards the end of the century when utopias had collapsed, religion had become private and people were looking inwardly, seeing their body as a surface onto which they could present private utopias. Having tattoos, body piercing, cosmetic surgery and doing workouts has since become more important, like a collective utopia turned toward the private self. It was then that I started buying second-hand fashion magazines like Vogue. I realized that, increasingly, logos weren’t just about products but concepts around identity, as if by wearing a brand someone would enter a community and participate in something larger than themselves. 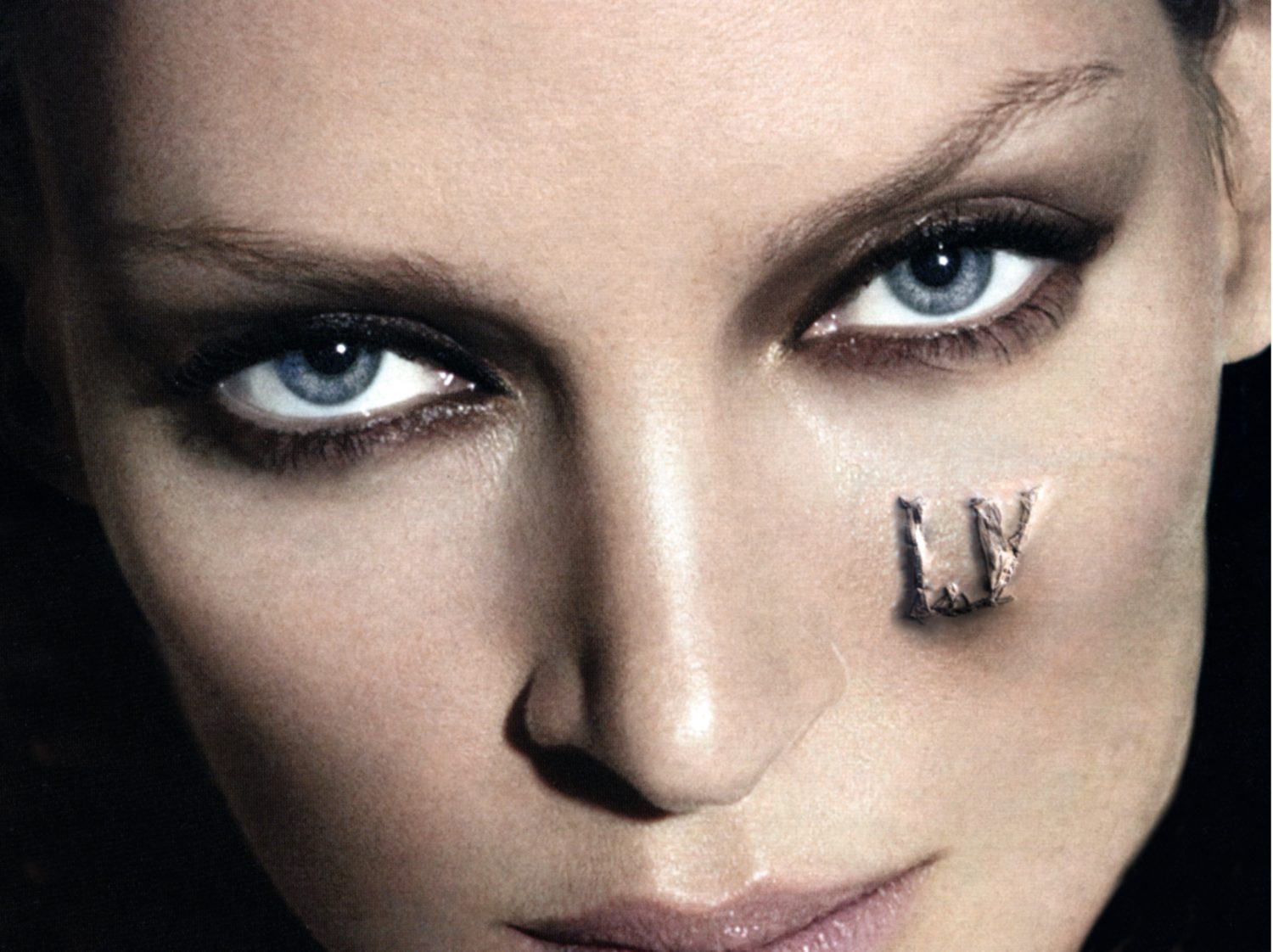 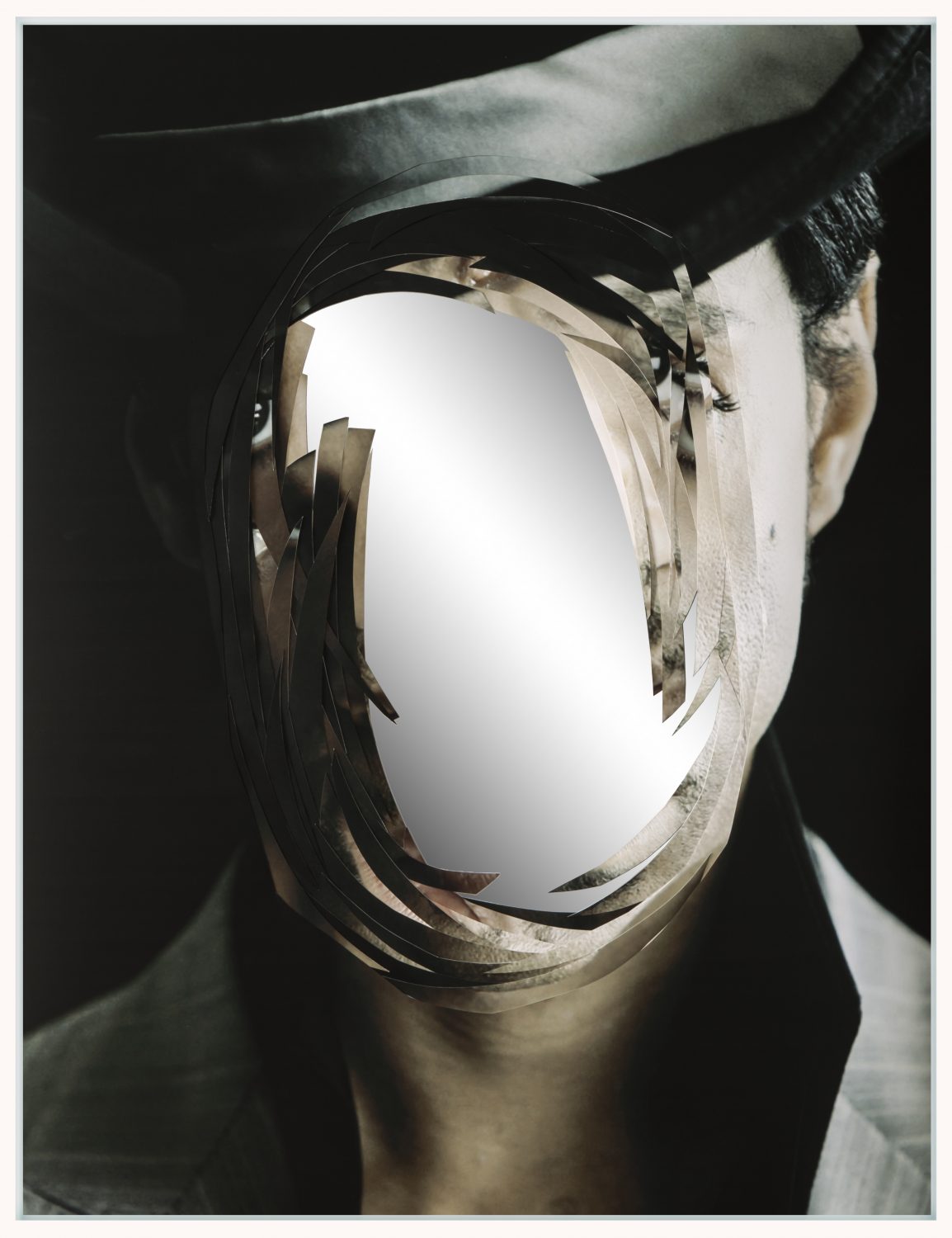 By tattooing the models, are you enabling them to join a lifestyle cult rather than proclaiming them to be fashion victims?

If I create a Dior tattoo on these supermodels, I’m not saying that they’re fashion victims but I’m unifying them and seeking a consensus. I realized that if I took images where the person had an introverted, faraway, melancholic gaze like in Gaugin’ s drawings, and I intervened and wounded them with these signs, there was a certain awareness on the behalf of these girls[as if] they know they’ re wearing them.

Do you feel there’s a greater meaning in your work today as so many celebrities and other people have tattoos?

It’s true, it’s astonishing! I’d never have thought in 1994 when I started that[the body enhancement trend] would last so long, not diminishing but increasing. It’s an end-of-century phenomenon but we’re still in the throes of it. It’s a singularity, narcissism and celebration of the ego and the body – always me, me, me, me – that we see with the smartphone. Usually when children become teenagers, they want to be different from their parents. If they see their parents tattooed everywhere, you’d think they’d be repulsed at some point. But it’s been going on for two generations now.

How do you see these images in relation to scarification, the rite of passage in African tribes?

In tribal groups, only when a male individual is marked with scarification does he become complete as an adult. Since millennia, one’s biography has been constituted in a family or tribal village. But since mass media, how we project our dreams and desires has been transferred onto people whom we only know through their image. It’s the role that saints occupied in churches, in between the believer and God. If I pray in front of them, I get close to something bigger that fills me with meaning; all these characters on magazine covers and billboards incarnate this role. At the same time, we can use them to project a form of escapism. But it raises the question about something existential, what remains after this temporal beauty disappears? It relates to why I don’t have a problem killing a cockroach but wouldn’t kill a butterfly; we feel an affinity with beauty. 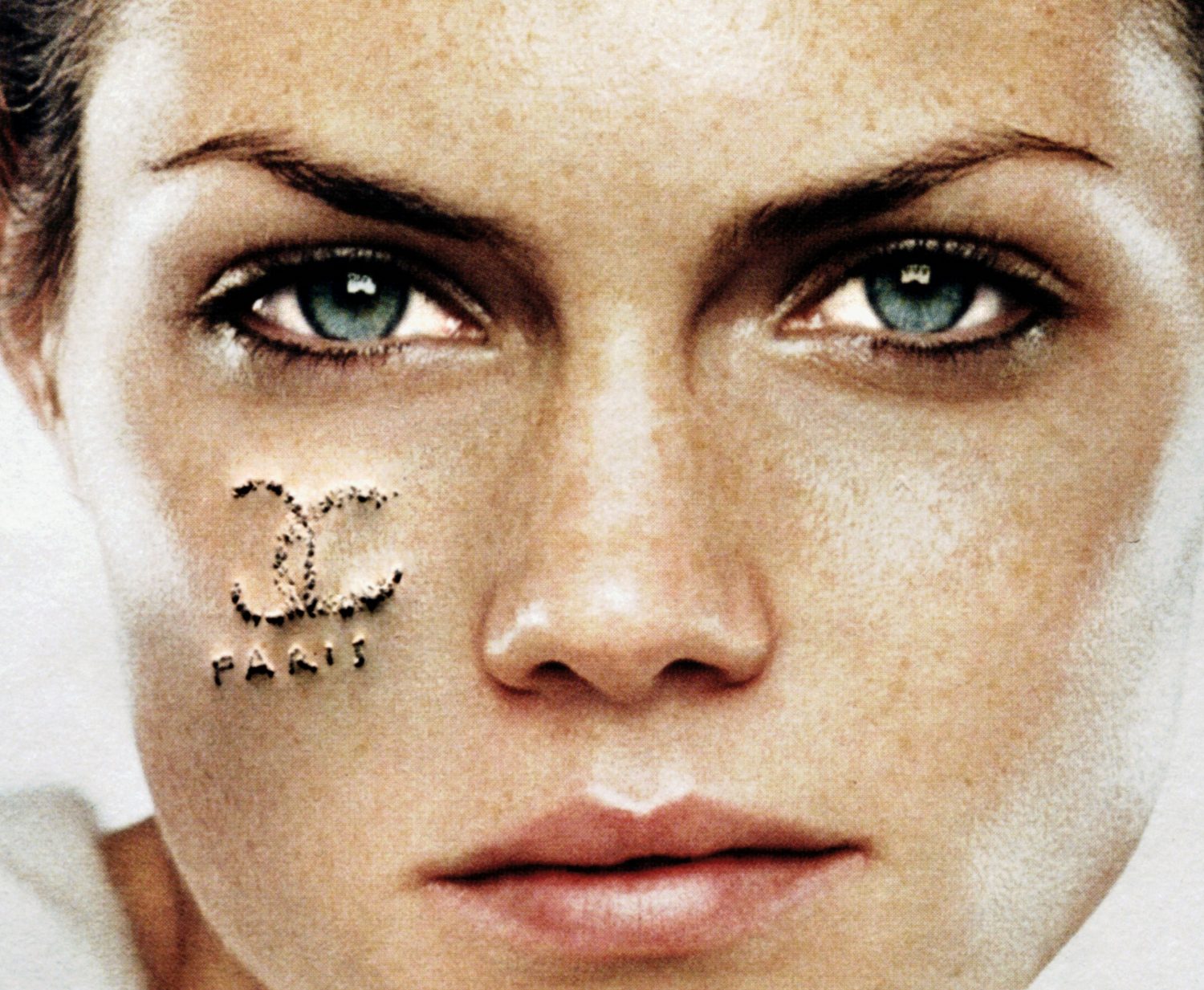 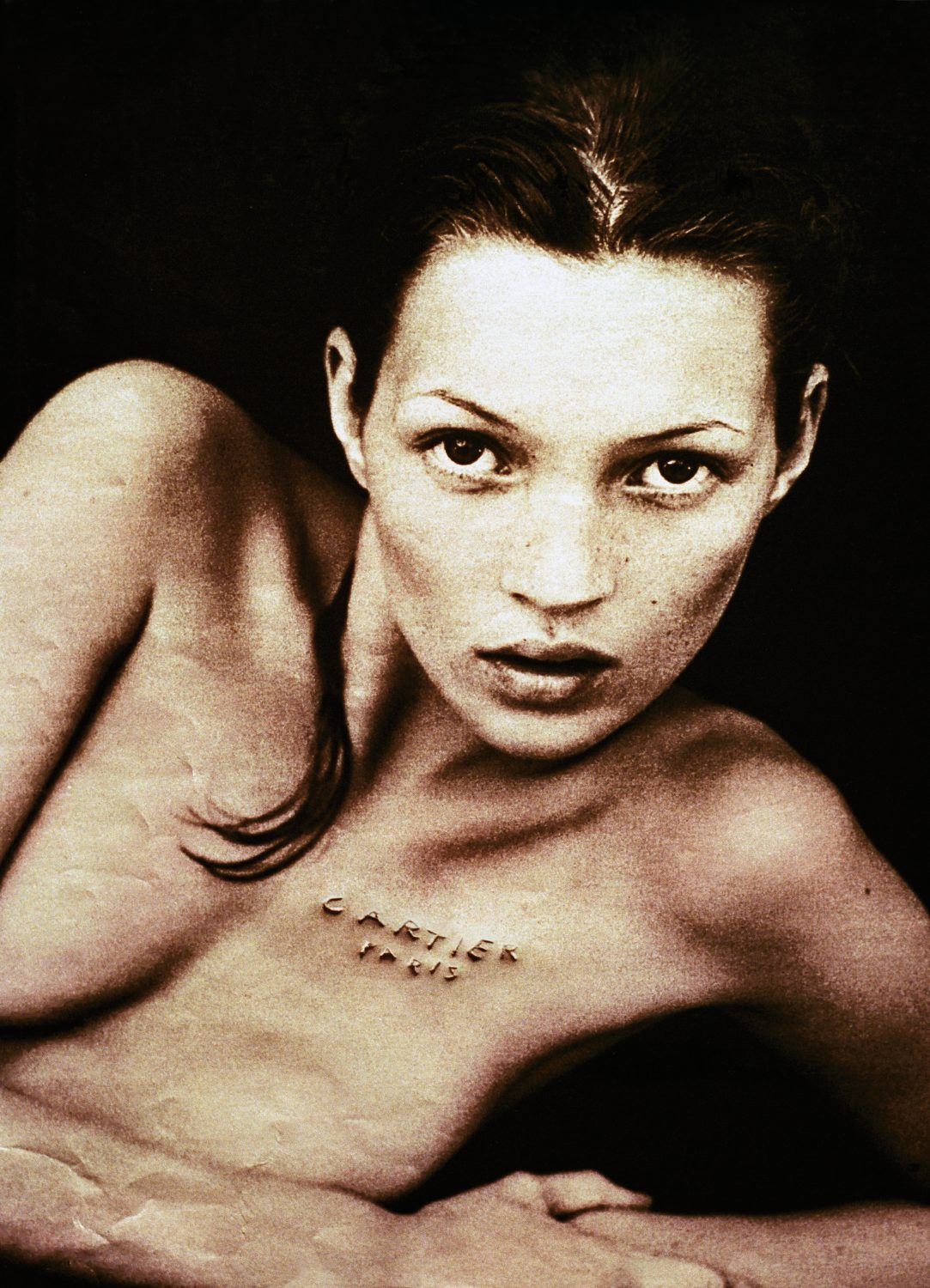 How did your new series, “Are You talking to Me?”, follow on from this?

When I was working on the pseudo scarifications, I wasn’t looking at the girls’ names because they’re not known for what they do but the causality of being beautiful. I wondered what would happen if I took the image of someone who’s well known for what they do, like a musician or an actor, and use them as a projection but erase them. When I stand in front of them, I’m not positioning my head in theirs because they’re a lot larger. They reflect the space. Because of this big emptiness, I cut out the possibility of entering into a connection with this character, of dreaming of them and admiring them.

Could you talk about your process to make these defaced portraits of Grace Jones, Madonna and Prince? Who else features in the series?

I find the images in magazines and on the internet. I turn the sheet of paper around and, without looking, I cut the face out of the portrait. Then I scissor the cut-out face into strips and stick them around this void. When you turn it around, all the strips are superposed onto each other. The image of the character is still there but all the facial attributes have been pushed towards the edge. One question I ask is: How much can I take out while leaving the image of these idealized characters that we treat like gods recognizable? These iconic images are part of our collective memory. I’ve also made pieces of Princess Diana, Elvis Presley, artists like Marina Abramovic, Damien Hirst and Jeff Koons, and sportsmen. There’s a continuity[from the previous work] about the cult of labels, assimilation and the idea of becoming an entity through something like a particular form of beauty.