Paris Photo and the possibilities of photography

Paris Photo and the possibilities of photography

“Now we realize, in hindsight, that nothing replaces a face-to-face relationship with people and explaining an artist’s work to visitors and collectors”

Florence Bourgeois has been director of Paris Photo since 2015. A mecca for photography lovers, the leading fair is renowned for its rich diversity of photography, from the nineteenth century up to contemporary works. The fair’s twenty-fourth edition was held from 11th-14th November in the Grand Palais Éphémère – a temporary structure designed by Jean-Michel Wilmotte on the Champ-de-Mars. It brought together 149 galleries and 30 publishers from 29 countries. After the cancellation of last year’s edition due to the Covid-19 pandemic, the excitement of exhibitors and visitors was palpable throughout. Say Who spoke to Florence Bourgeois about new trends in photography, the growing presence of women photographers and whether NFTs could be at Paris Photo next year.

What was your professional background before becoming director of Paris Photo in 2015?

I was in charge of management control at [fashion designer] Inès de la Fressange for three years. Then I moved to LVHM to work in management control, finance and operational marketing. After the birth of my fourth child, I took a break to study history of art in order to make a professional transition into the domain of culture. I have a diploma from the Ecole du Louvre and a degree in history of art from the Sorbonne. Then I was general manager of PAD, the Pavilion of Art and Design, for two years before becoming director of Paris Photo.

What was your strategy and vision when you arrived at Paris Photo?

The first strategy was to ensure that Paris Photo would remain the leading photography fair and increase its visibility and reputation. When I joined, Paris Photo had two editions: one at the Grand Palais and another in Los Angeles [2013-2015]. I had to enhance the Paris Photo brand so that the best galleries and publishers would continue to come to present their projects. 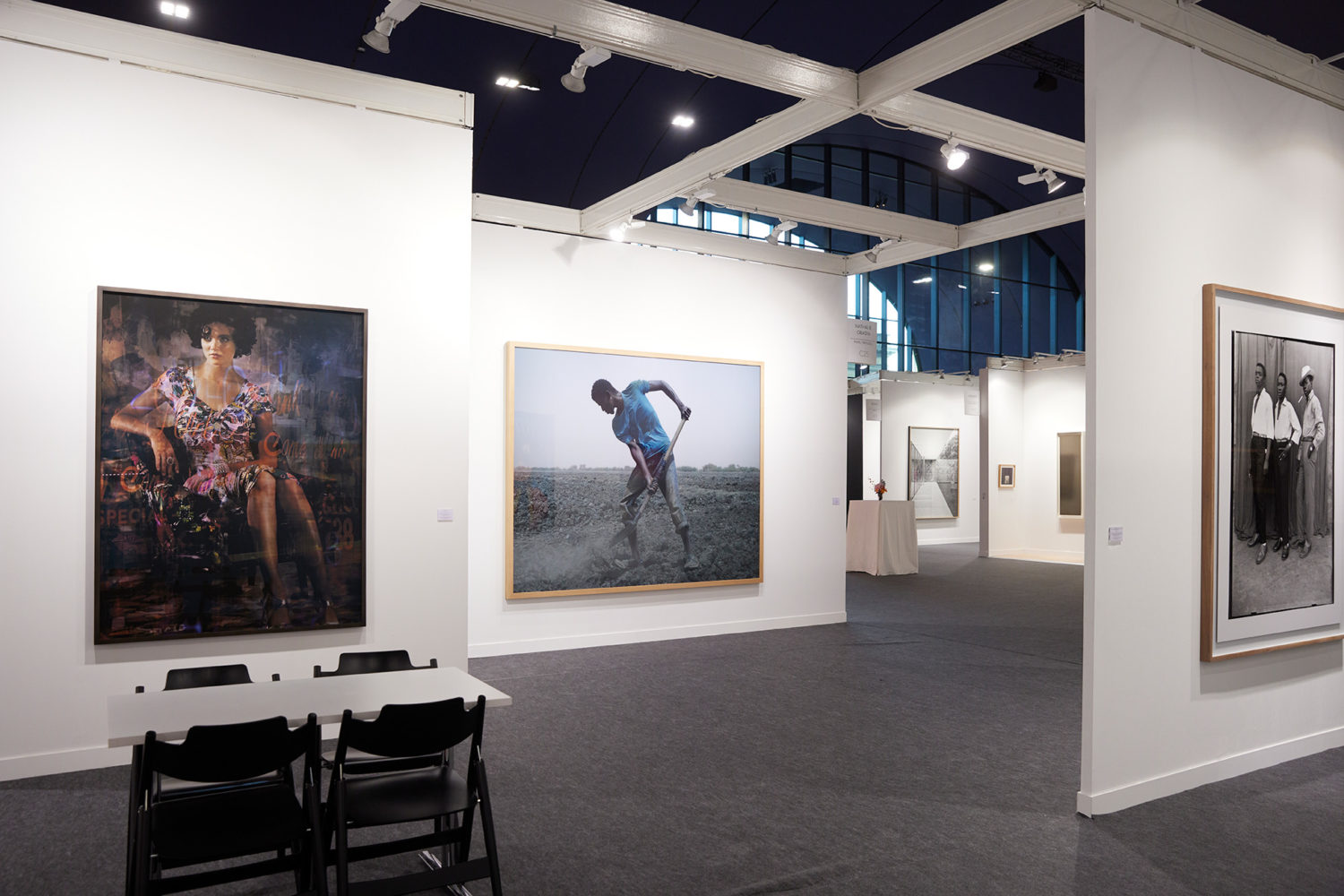 How have photography galleries been affected by the pandemic?

The galleries went digital [and created online viewing rooms]. They had a lower level of activity but developed digital platforms that they might not have adopted before. Now we realize, in hindsight, that nothing replaces a face-to-face relationship with people and explaining an artist’s work to visitors and collectors. But my impression is that galleries could survive, partly thanks to the French government’s support, and had less turnover but fewer expenses. It’s still very complicated for small galleries but my feeling is that they’ve managed to resist.

Several contemporary art galleries that participated before, such as Hauser & Wirth and Templon, are absent this year, as are some American photography galleries such as Danziger. What is your reaction?

A contemporary art gallery may have a project to present one year but not another. Galerie Georges-Philippe & Nathalie Vallois is here this year [presenting William Wegman and Alain Bublex] but wasn’t here a few years ago. There’s a big rotation of galleries; there are always around 30 new or returning galleries each year. My job is to identify the projects that contemporary art galleries could show at Paris Photo. Another point is that the Grand Palais Éphémère is smaller than the Grand Palais, so we have 30 fewer galleries. When we started working on this edition in the spring, several American galleries were cautious about crossing the Atlantic Ocean. James Danziger, owner of Danziger Gallery, told me that his business was relatively down and that he’d prefer to return next year instead.

There is a lot of attention in the art world at the moment on figurative painting. How do you think photography is faring?

First of all, there’s an extremely large price range of works at Paris Photo, from €800 up to €300,000. And I have the impression that prices are holding up. An interesting phenomenon in photography is that more artists are making unique works. Photography is also an entry point into collecting. Young collectors come here because they can afford works for a few thousand euros and start their collection with this easily accessible medium. 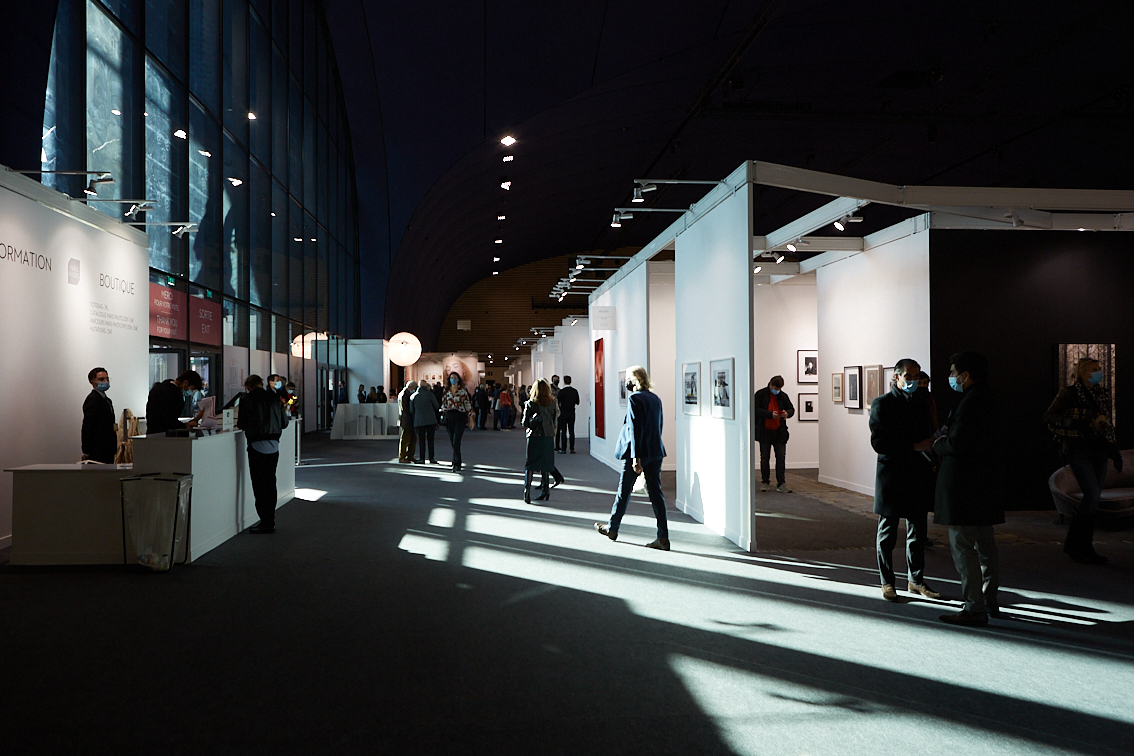 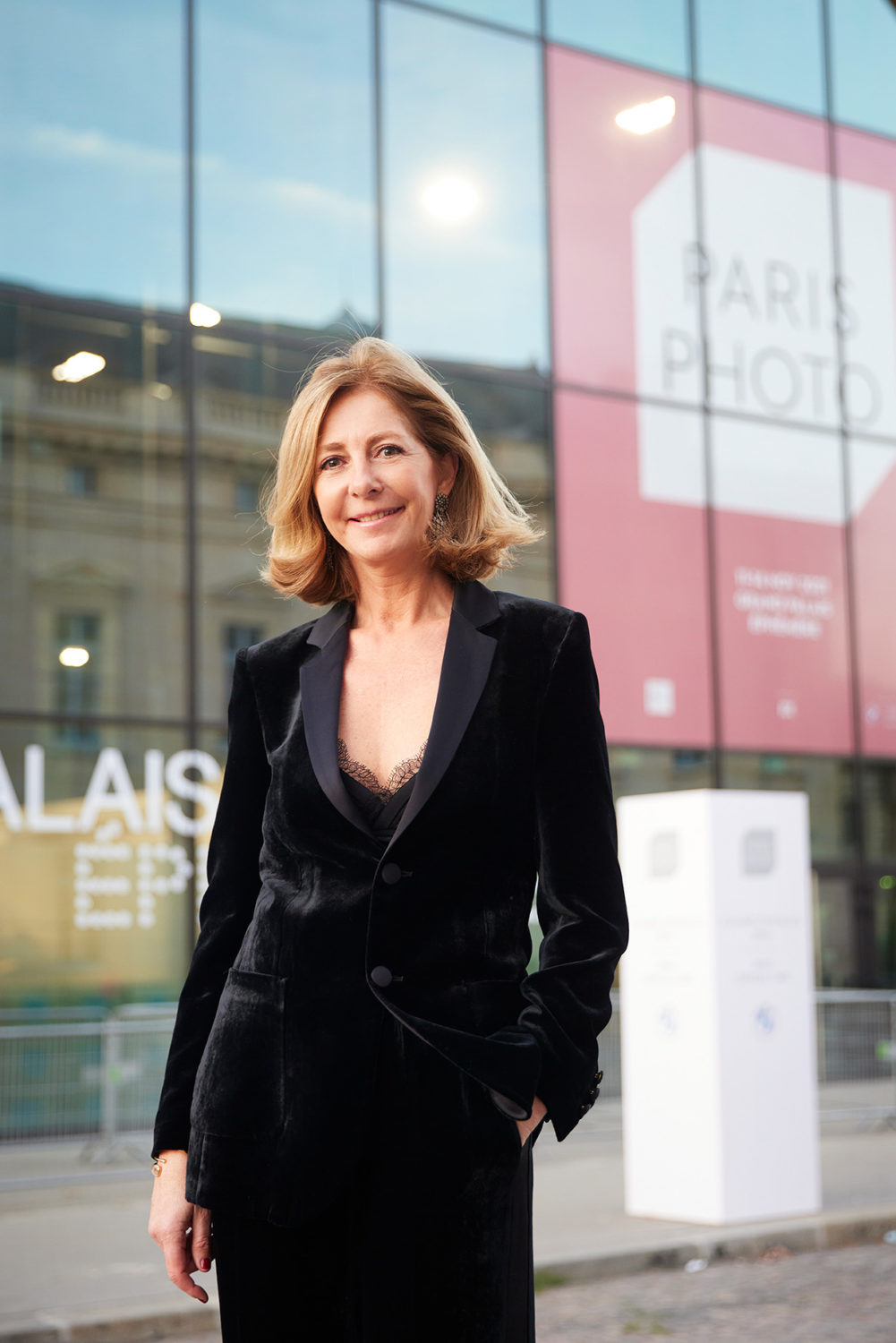 What discoveries and trends are at this edition of Paris Photo?

Among the very contemporary and recent works, we see photographs appearing like an object. At Ceysson & Bénétière, Aurélie Pétrel’s works [on perforated metal and wood] come off the wall, like a relief. At Esther Woerdehoff, Iris Hutegger’s embroidered works have a relief – black-and-white photographs of mountains that have been embroidered with colour threads using a sewing machine. And at Christophe Gaillard, Letha Wilson’s works are almost architectural in form rather than adhering to the pure concept of photography. Suzanne Tarasieve also has a very interesting stand [showing a heart-shaped installation of plates printed with photos by Juergen Teller]. There’s an increasingly wide range of exploration in the photographic medium. We’re seeing old processes like cyanotypes and daguerrotypes being used by young artists in fascinating ways. For example, Lucas Leffler at Intervalle in the Curiosa section has made analogue ‘mud prints’ after recuperating silver salt from a river polluted with industrial waste.

Women have been increasingly represented at Paris Photo since we started this path four years ago with the culture ministry. Back then, works by women photographers constituted 20 percent of the fair. This year, it’s 34 percent, from Anna Watkins’ nineteenth-century photographs to Mame-Diarra Niang today via Dora Maar. We encouraged galleries to present women artists by telling them that there would be a curated path at the fair and a day of conversations. We’ll continue to give women artists more visibility in this way. The idea isn’t to arrive at 50 percent but to continue this level of commitment and focus so that gradually things progress.

What do you think of the NFT phenomenon? Could you envisage NFTs at Paris Photo next year?

For the moment, we haven’t received any proposals from galleries to show these kinds of works. It’s still a relatively recent phenomenon. We’ll see next year whether NFTs have evolved enormously. Perhaps we’ll have these kinds of projects in the Curiosa section; one mustn’t have a closed mind towards anything. If image-making evolves in this direction, presenting one or two proposals isn’t out of the question.