Models are changing very quickly and the art world, whatever it may think, must adapt

The latest edition of the Art Basel Miami Fair was the perfect occasion for Philipp Kaiser, curator and Director of the Public sector, and Tim Griffin, Executive Director and Chief Curator at The Kitchen in New York, to present a performance by Mexican artist Abraham Cruzvillegas. Focusing on issues of migration and housing reconstruction in precarious conditions, this event, presented to the public twice a day, was one of the most committed actions of the fair. Philipp Kaiser and Tim Griffin have extensive experience, and we interviewed both of them on the origin of this work and their analysis of the performance market.

Philipp Kaiser, could you discuss the genesis of this project—Abraham Cruzvillegas’ “Autorreconstrucción” performance—which was held in the Grand Ballroom of the Miami Beach Convention Center?

Philipp Kaiser: I got a call in 2016 from the Art Basel organizers to manage the Public sector in Collins Parc, where in 2017 we had presented fewer sculptures than before. For this new edition, I wanted to develop other projects, and when I talked to Marc Spiegler, the General Manager of Art Basel, and Noah Horowitz, the Director of Art Basel Miami, they drew my attention to this brand new very large room. We decided to organize an event there, to make it visible. I wanted to create something that was both performative and sculptural. I’ve known Tim Griffin for some time, and have a great respect for his work at The Kitchen, so I asked him to partner with me. Last year, I worked with Abraham Cruzvillegas, whose work Tim had also shown, which turned out to be a happy coincidence. We asked the artist if he could do this performance for the audience at Art Basel Miami. 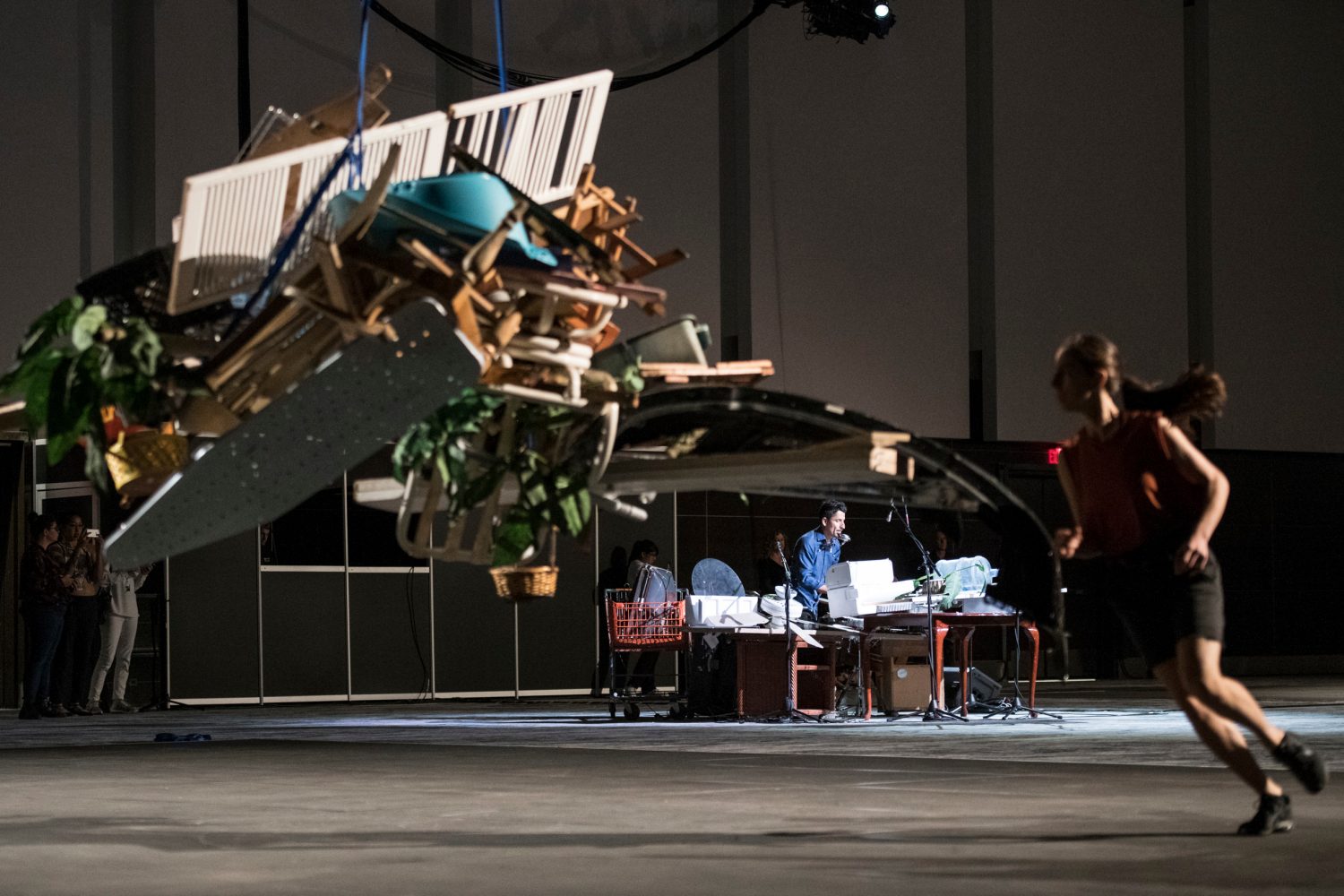 Given that Art Basel is a fair, why is it important to bring performance into it, something that may not sell? The same could be said at other major events such as at FIAC or Frieze…

Philipp Kaiser: For me, it is not a question of the object against the non-object. To me, it seems that Abraham Cruzvillegas’ work is between performance and sculpture. This work, “Autorreconstrucción,” is a particular example of the relationship between the subject and the object. The dancers revolve around the installation, which is made up of found objects, creating a balance of power between them and trying to build a dialectic. It’s complex: it does not constitute a declaration against the art market, yet the aim is not to bring about the process of commodification. I had the impression that it was the right thing. It’s a powerful and modest statement at the same time. The choice of presenting a Mexican artist is all the more relevant today, in the political context of the United States. The performance was also inspired by his parents’ experience: they had to rebuild their house repeatedly as a result of migration.

Is performance a medium that allows us to be more meaningfully engaged?

Tim Griffin: Performance is present in all museums, where it plays an increasingly important role. To such an extent that institutions are currently reviewing their spaces to give them a better visibility. It is widely accepted that artistic conventions have changed—even apart from the fact that they’re linked, or not, to the market. The way viewers look at a static physical object or a performative piece—which can also be seen as a kind of object—has evolved. Intuition has become more important. Abraham Cruzvillegas really grasped this and created a performance that actively dialogued with the object. The fact that he is Mexican is a coincidence, but in the current context, everything makes more sense. For me, he is above all a fantastic artist who knows how to get involved in a rather small art world, with its very specific language, and has succeeded in interacting with a population that is not necessarily used to this world. When Philipp invited me to work on this project, he was the first artist to come to mind and I couldn’t have imagined a better context in which to work with him.

Tim Griffin, had you ever worked in the context of a fair?

Tim Griffin: The Kitchen had never done it before, but many of the artists who collaborated with us had already worked in this context. This platform, Art Basel, has given The Kitchen more visibility, which shows a great openness on the part of the fair. It is also a way to create links with local institutions, while bringing a new audience our way.

Philipp Kaiser: It is also interesting to offer the public an opportunity to think differently. Some people didn’t know The Kitchen at all, or had a preconceived image, so it allows you to see this non-profit space in a different way, and to discover the performance from another point of view. Models are changing very quickly and the art world, whatever it may think, must adapt. 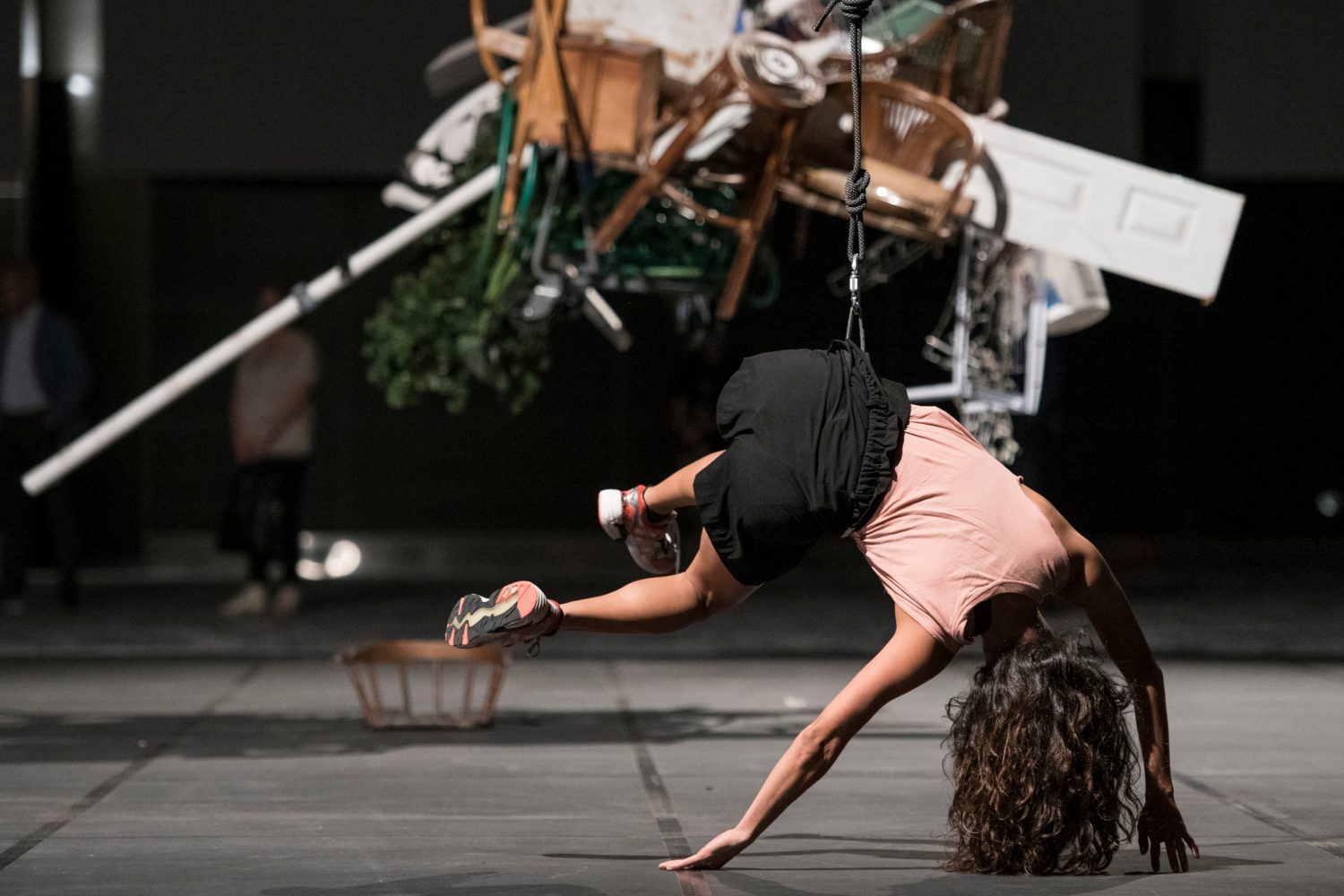 Did you anticipate the public’s reaction?

Philipp Kaiser: I was really very happy because on the day of the opening, there were a lot of people and spectators who were very touched. Often, when a fair organizes a performance program, we often think to ourselves that it is only to make a good impression. But my goal was to present a single work within perfect conditions. Some gallerists told me they were deeply moved and found it wonderful that the Grand Ballroom opened with such a relevant work. The Kitchen was one of the first alternative and subcultural spaces in New York, which many people have passed through, but today there are not really many places left that have this spirit, because they have been absorbed by capitalism. So it was all the more important to bring The Kitchen into the power dynamic of the fair. As for Abraham, he is Mexican, I live in Los Angeles and we are here in Miami. This is part of the reality and globalization of the world. But I didn’t want to just illustrate it: I wanted to use this opportunity to provide content.

Does the Public space provide continuity with your work?

Philipp Kaiser: Absolutely, and especially in the continued desire for clarity, which goes a little against the course in a fair, where you sometimes spend your time running from one work to another. That is why last year I took a break from this phenomenon of excess. My predecessor, Nicolas Baume, brought in a number of artists and—even though I understand the constraints of the art market, where galleries want to present all of their artists—I did not want to find myself with 45 artists in the sculpture park… In 2017, for my first assignment in the Public sector, I invited just eleven artists to present something specific. They were both known and emerging visual artists, such as Yto Barrada, Daniel Buren, Philippe Decrauzat, Noël Dolla, Cyprien Gaillard… and alsoAbraham Cruzvillegas.

Does this sculpture park experience also reveal a desire to educate?

Philipp Kaiser: Last year, I led dozens of guided tours and it was exhausting but also great! School buses came with students who were not necessarily used to seeing art. So it was a real opportunity for them, and some of the sculptures were displayed for longer than expected. 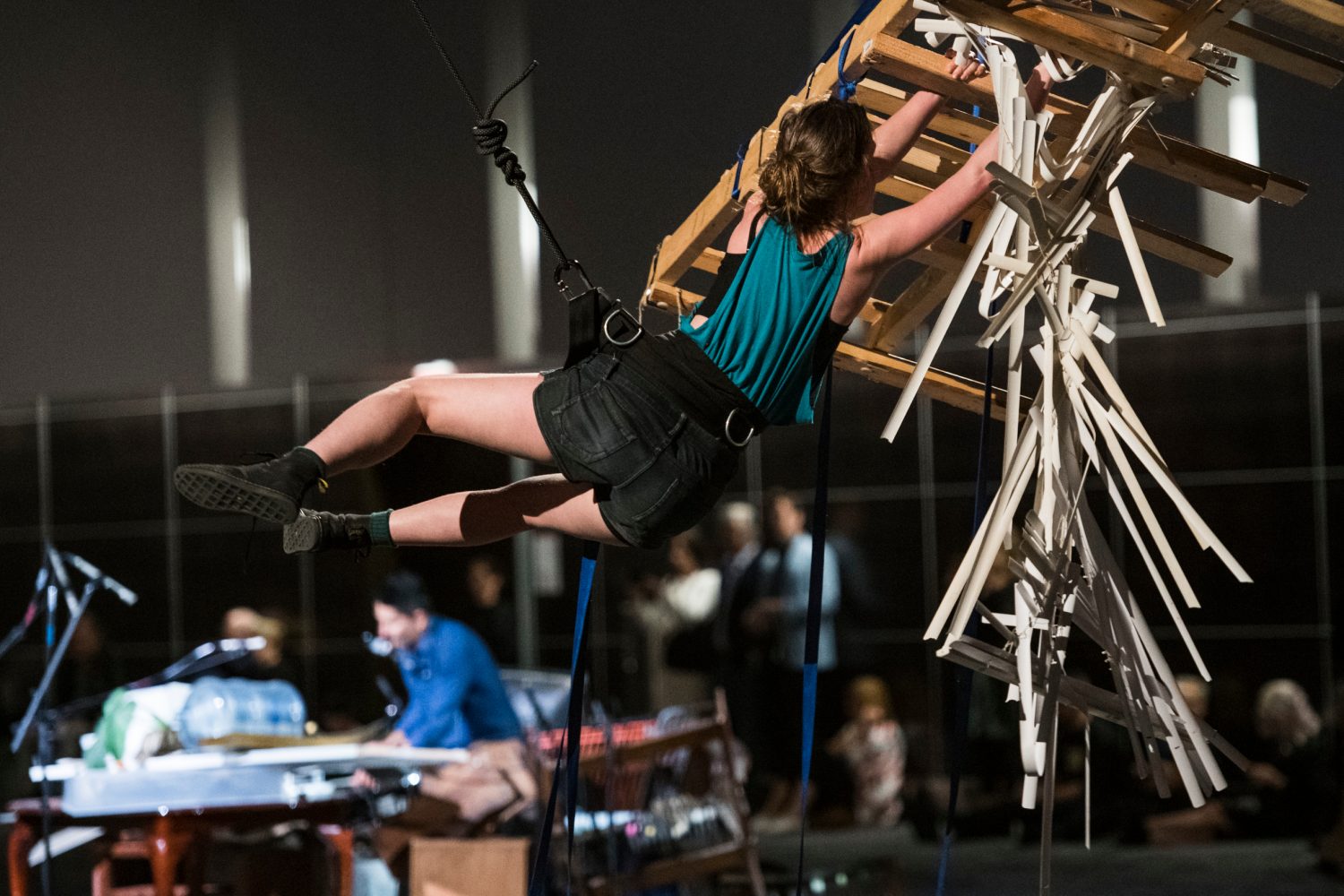 The art market for very large-format sculpture is still nascent. What do you think the market is for performance?

Philipp Kaiser: Over the past fifteen years, there has been a lot of discussion about the place of performance amongst the visual arts, understanding the properties of performance and successfully promoting them in a beneficial way. We have seen artists who have begun to change their practice or institutions begin to transform their structure. The new generation can answer these questions without really having any problems, so it would be absurd to say that there can’t be a market. Artists have always tried to sell their performances and to capture these performances so that they can be bought or circulated, even if it meant writing instructions or creating a license, a bit like in the music industry with royalties… I think there are many formal changes accompanying performance and visual arts, while, on the other hand, economic transformations are affecting the art market…

Tim Griffin: The art market has always been very inventive about absorbing everything to make marketable works. Abraham Cruzvillegas’ work is precisely interesting because of his way of placing himself between sculpture, architecture and performance. I see it being in the lineage of Gordon Matta-Clark and in a similar context of “activated architecture,” including social issues in art. Although this piece has a lot to do with choreography—and of course, performance—the artist’s practice has always been about his own construction and where he grew up. It is the metaphor of a sculpture that can constantly be built, connecting to the house in which we spend our lives. I think his work actually goes beyond the category of performance.

It sounds reminiscent of Dada, the movement that sprang up during the First World War…

Of course, since artists also tackled social problems then. They did not only create a performance that was intended to be immaterial, but an action that had to be effective, by dint of insisting… In fact, the subtitle of “Autorreconstrucción” is “To Insist, to Insist, to Insist”…