A journey through time

Objects can appear as coming from the past but also from the future, and this confusion between eras is crucial

Born in Cleveland in 1980, Daniel Arsham takes over Perrotin Gallery from October 14 to December 23 with sculptures and installations exploring the question of time, mixing past, present and future with the image we make of it. Inspired by oriental cultures, which he mixes with the planets’ cycles, his taste for science-fiction and his global interest for the worlds of dance or music, he in fact interrogates his own artistic practice.

My first show at Perrotin was in the other space, on Rue de Turenne, in 2005. I met Emmanuel Perrotin in Miami in 2003, when he was still on Louis Weiss Street, and we started thinking about working together. When I create a particular exhibition, it is always a tenuous mix between a chosen theme and very iconic objects that I adapt to the different exhibition spaces. Here, the title The Angle of Repose is a technical term to explain how a lumpy material, like sand for example, is laid and positioned.

This material is indeed very present, in Pink Mounds for example…

These pieces are related to large installations I have made for several years. They are inspired by real Japanese gardens, and I replaced the typical white gravel with colors. Even if their form is always identical, it is reconstituted daily, creating a composite between a permanent and ephemeral character. However the cones in shades of pink displayed in the gallery somehow reverse this idea. While they are not unrelated to the Japanese gardens, the sand here is fixed and permanent. I’m interested in the boundaries between what is eternal, perpetual and what is not. I have added pieces that seem eroded and offer the appearance of degradation, as if they could come from a future that we would bring back to the past, which is our present. Quartz or crystals are also associated with an idea of growth through the phenomenon of crystallogenesis. 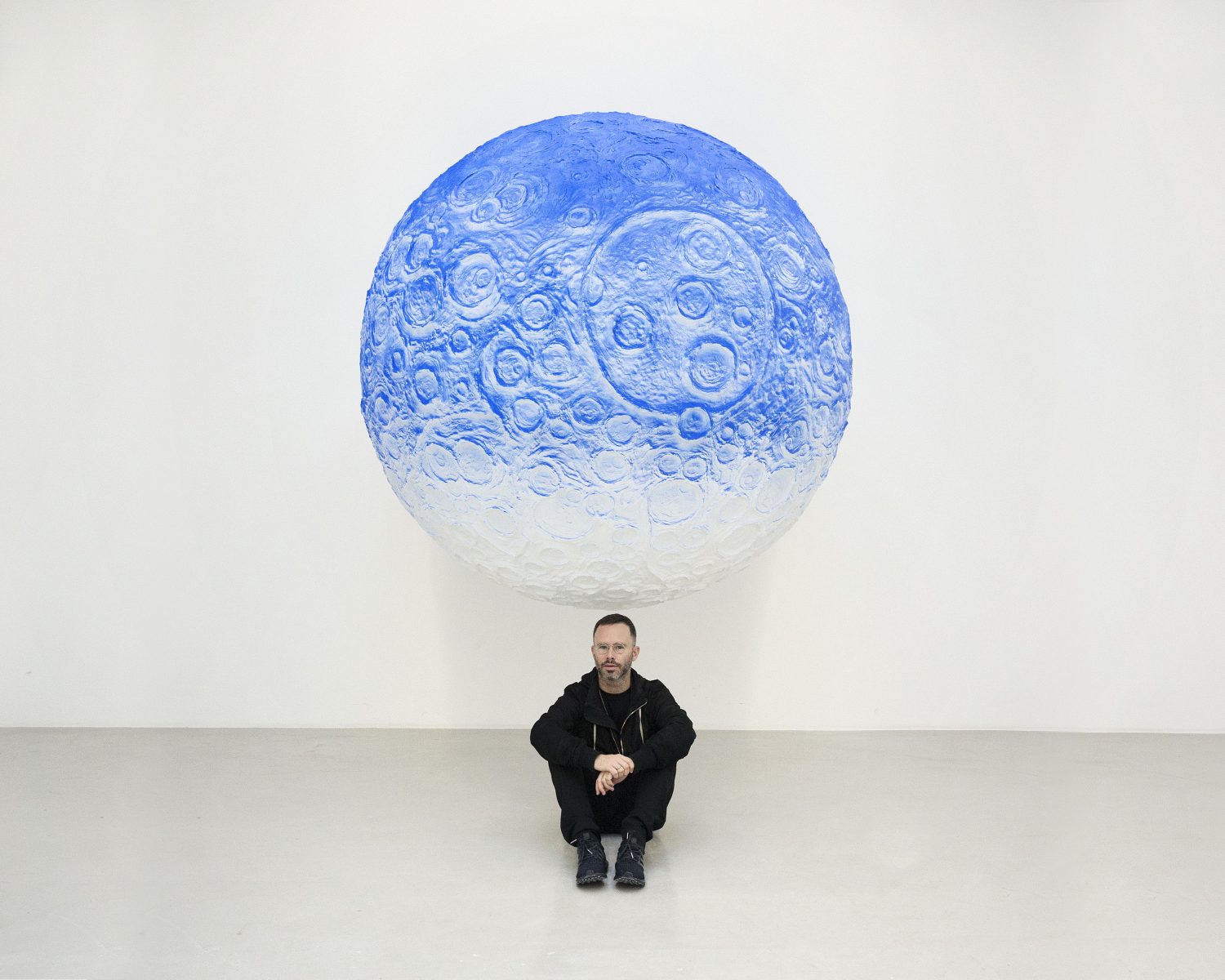 When did you start working on this notion of time?

I try to use objects that are iconic and recognizable, whose origin we intuitively understand. So sometimes there is a link to childhood, with a bear for example, which is in the continuity of the exhibition I had inaugurated at Perrotin in Seoul. The soft pink color of this piece, added to the light of the gallery, reinforces a playful dimension, while allowing a dard side in the degradation of the material. This relationship between light and darkness is one of the interpretations of the works. From the beginning of my work 15 years ago, I tried to make it independent from time. My objects can appear as coming from the past, but also from the future and this confusion between eras is crucial in my work. For my first exhibition here, Homesick, I painted natural landscapes with architectural constructions. I never include characters in paintings or other parts of my work, because I think clothes or even a haircut refer to a specific period.

You used to do monochrome work and have recently introduced color. Why?

I’m color blind, so I don’t see certain color ranges, but a few years ago, I received special glasses that can, in part, correct my vision. The website Semaine presents one of the documentaries directed by Megan Raney Aaron, which shows me experimenting the glasses. They allowed me to see a new spectrum of colors and I used them in my atelier. Now it turns out that pink and blue, which I often use in my work, appeared as tones that I perceived quite well, even without the glasses. So it’s kind of a way of knowing that I have an objective view of the colors when I present that range.

You are very regularly in your atelier from 9am to 6pm daily. How do you approach this materiality?

I always start with materials that I am used to handling and use in a classic way but, for example, the crystals themselves will not behave as plaster or resin would. So I do a lot of experiments to see how the materials will react. The erosion featured in the work is controlled, in a sense, thanks to wax incorporated in my shapes. It causes a reaction between the materials, a bit like water and oil. 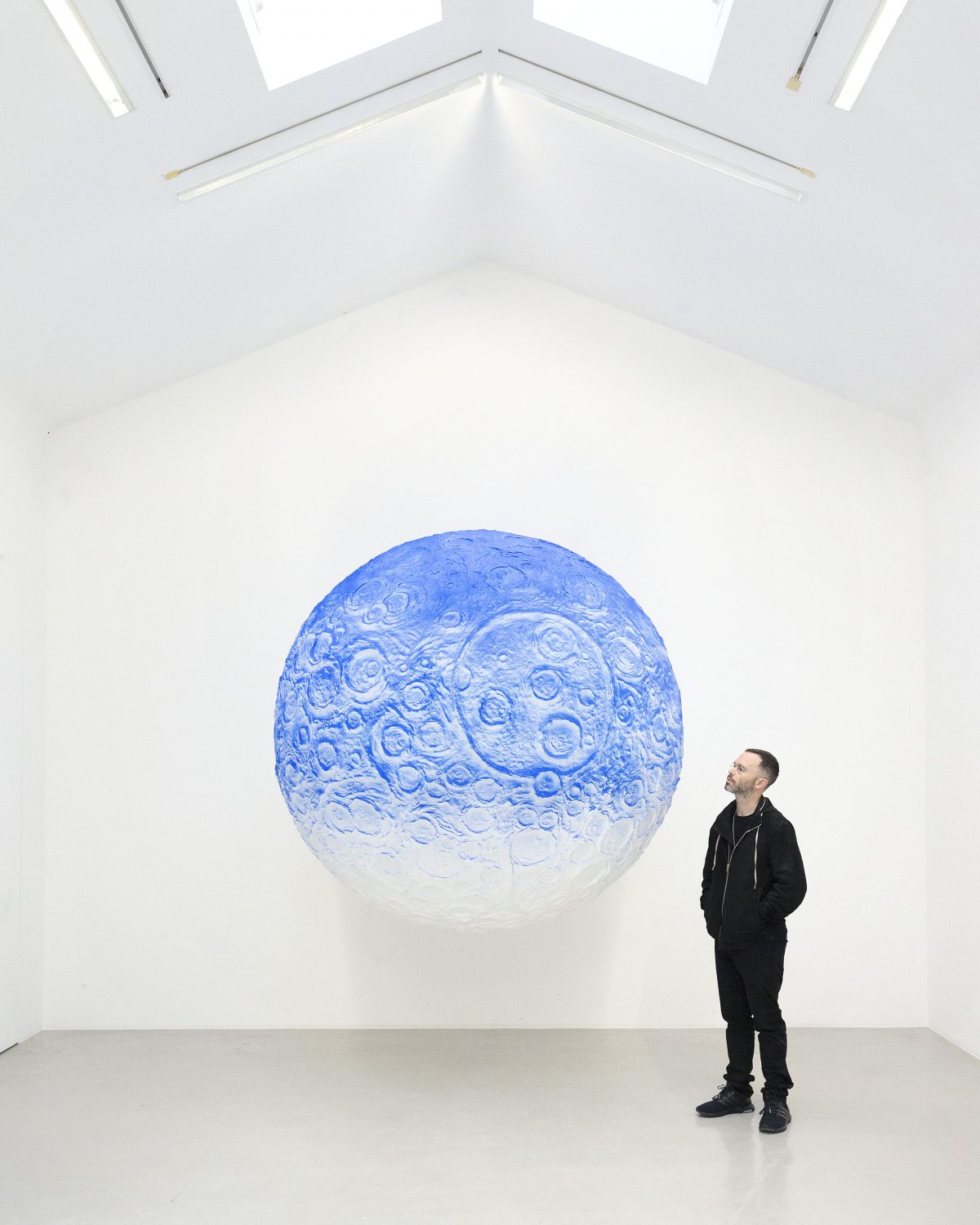 How did you approach your work in the Impasse Saint-Claude gallery?

This space is my favorite of all those of Emmanuel Perrotin, in particular by the way in which the light interferes there. This introduces a rather heavenly atmosphere, without any dark parts, real or metaphorical. The first thing you see when entering the exhibition is the giant moon (Moon) which is exhibited at the very end. So you see I also played with the question of scale. With the fact that at a certain distance, it is difficult to evaluate texture or volume. I have a fairly global interest in architecture and design, even if it is not necessarily an immediate influence in my work. Many of my pieces are a manipulation of the architectural surface, like Time, an incursion into a wall that seems to come out of it. I often explore this type of work with white, because when one discovers and penetrates spaces, most often immaculate and endowed with a certain light, one does not necessarily distinguish the works. Since the work also reflects a somewhat strange definition, it is provocative.

It reminds me of a very strong piece that may have been a print or a metaphor of your body. It refers to a traumatic event you experienced as a teenager, with a hurricane in Miami.

Yes, it was a figure that seemed inserted, embedded into the wall. It was ghostly as if covered by a surface belonging to the wall. Every time the surface of architecture is manipulated, it is a strange experience because we associate it with the idea of permanence.

Speaking about the archaeology of the future, were you influenced at the time or in contact with other American artists? Or isn’t this theme more of a European one, which artists like Cyprien Gaillard have also experienced a lot…

When I worked on the Easter Island project for the Louis Vuitton Travel Book collection, there was a combination between ancient and newer objects, which were next to each other and I felt I could reverse this idea of archaeology. That is, take things from the present and remake them with materials that are associated with time and geology, such as crystals or volcanic ash. Many artists are indeed interested in these questions which refer more globally to the history of humanity, but it is also for me a way to create a fictional universe and to represent an invented space. In Hourglass, a large hourglass hides and reveals objects inside of it, as if they were antiquities that are either newly exhumed or, on the contrary, half buried.

What is the link between your films and your sculptural work?

My last film was entitled Futur Relic 03 and brought all these objects to the heart of a narrative structure, creating a context around them. Recently, I have also been working on a project that is a kind of combination between documentaries about my studio practice and my artistic process, with a fictional world, also including these objects. All the while creating a context that could be real… I write the script, but then I have an important team to help me with the direction. I do not film directly, but I am familiar with photography which has always been an important part of my word, even if I do not show it. It’s like a notebook that allows me to understand what I want in the image. Just as I make many drawings, but do not reveal them. A drawing sometimes helps to conceive that things are possible. Because sometimes ideas come before the context in which to incorporate them. Working on films is very different than navigating in theatre or dance and when I was working with Merce Cunningham, I was interacting with a group of people with their own skills, whose task was also to connect all these visions. 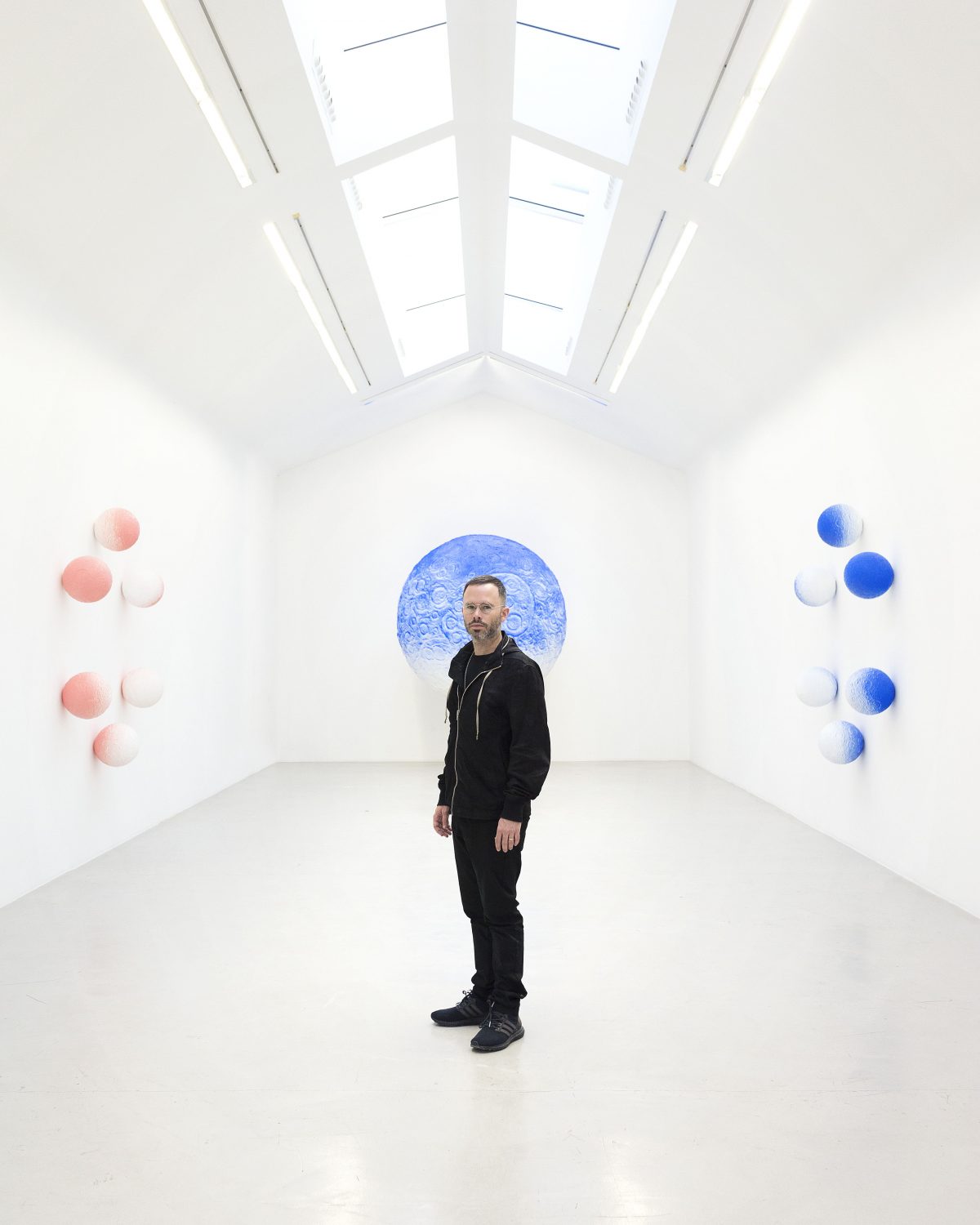 You are very close to DJs or musicians, like Pharrell Williams. How do they intervene in your work?

With some of them I can work on specific projects, like with Jonah Bokaer who was a dancer in Merce Cunningham’s company, with whom I have collaborated for many years. For the latest Biennale de la Danse de Villeurbanne, we created Rules of the Game for which I asked Pharrell to create the music, even if it was played by an orchestra. It was a whole new world for him because it was totally foreign to his own. We were friends from the starts, then while discussing, we wend on sharing our creative universes. And we looked for ways to work together. I love spending time with these musicians or choreographers in order to understand their way of conducting projects. Their decisions and processes are totally different from those of the plastic arts.

Does it enable you to strengthen bridges between the different areas that fascinate you?

Well, there are techniques that Merce developed and that I now use. Especially this way of forcing yourself to go out of your comfort zone. Which is, in my opinion, very beneficial for any work.