My approach is marked by feminism without it being too frontal.

Independent curator and writer, Martha Kirszenbaum lives between Paris and Los Angeles, where she founded Fahrenheit, an exhibitions space and residency program. Born in 1983, she graduated of Sciences Po in Paris and Columbia University in New York, and worked in several international institutions, organizing exhibitions, performances and public programs, while regularly contributing Flash Art, Mousse, CURA or Kaleidoscope. She has been appointed to curate the French Pavilion of the Venice Biennale in 2019, and was chosen by the artist Laure Prouvost, with whom she had already collaborated in Los Angeles. In the meantime, she is the guest curator of Curiosa, a new sector initiated this year by Paris Photo, and dedicated to erotic photography.

Your professional background is quite impressive, but you are not identified as a curator specializing in photography. Why were you approached by Paris Photo for this new sector Curiosa?

It is true that I am not only dedicated to this medium, but I worked at the Centre Georges Pompidou’s Photography Department in 2007, and at the Media and Performance Department of MoMA earlier. In these times when we think interdisciplinary, curators are no longer only specialized in one discipline. I met Florence Bourgeois and Christoph Wiesner, the two directors of Paris Photo, when they were organizing the fair in Los Angeles where I lived for over three years. I think they wanted to discover, through me, the vision of a 35-year-old young woman, a vision that differs from many stereotypes. I wanted to dust off the way we think about erotic photography and get away from the clichés of a middle-aged white man photographing a young girl wearing fishnet stockings in a hotel room… By leading us to rethink the notions of power and domination, by addressing issues of fetishism, the political body, gender or race…

Your exhibition is presented under the VIP Lounge in a 210 square-meters space. How did you conceive the design of this exhibition?

I wanted to organize Curiosa in three parts. The first one is more historical and takes up this reflection on fetishism of bodies and objects, a theme that I have been very attached to in recent years. Kenji Ishiguro & Daido Moriyama, or unique prints by Robert Mapplethorpe, provide these historical foundations. The second part attempts to deconstruct the “male gaze” through the feminist avant-garde of the 1970s, following the example of Natalia LL or Renate Bertlmann. I’m also interested in how the male body is weakened or how men perceive their own fragility. We see it in the works of Antoine d’Agata or Károly Halász, a Hungarian gay artist working at a time when it was still punishable by prison and who staged his “forbidden” body with humour and self-derision. The third part, more contemporary, focuses on political identities and the representation of bodies of color, gendered or queer. This is the case for Genesis Breyer P-Orridge and her series on pandrogyny or deconstruction of genre. By merging with her partner, Lady Jaye, she testifies a desire to love her to the point of merging the flesh through surgical operations. Or Paul Mpagi Sepuya, a photographer from Los Angeles, who has done remarkable work portraying his queer and black community. 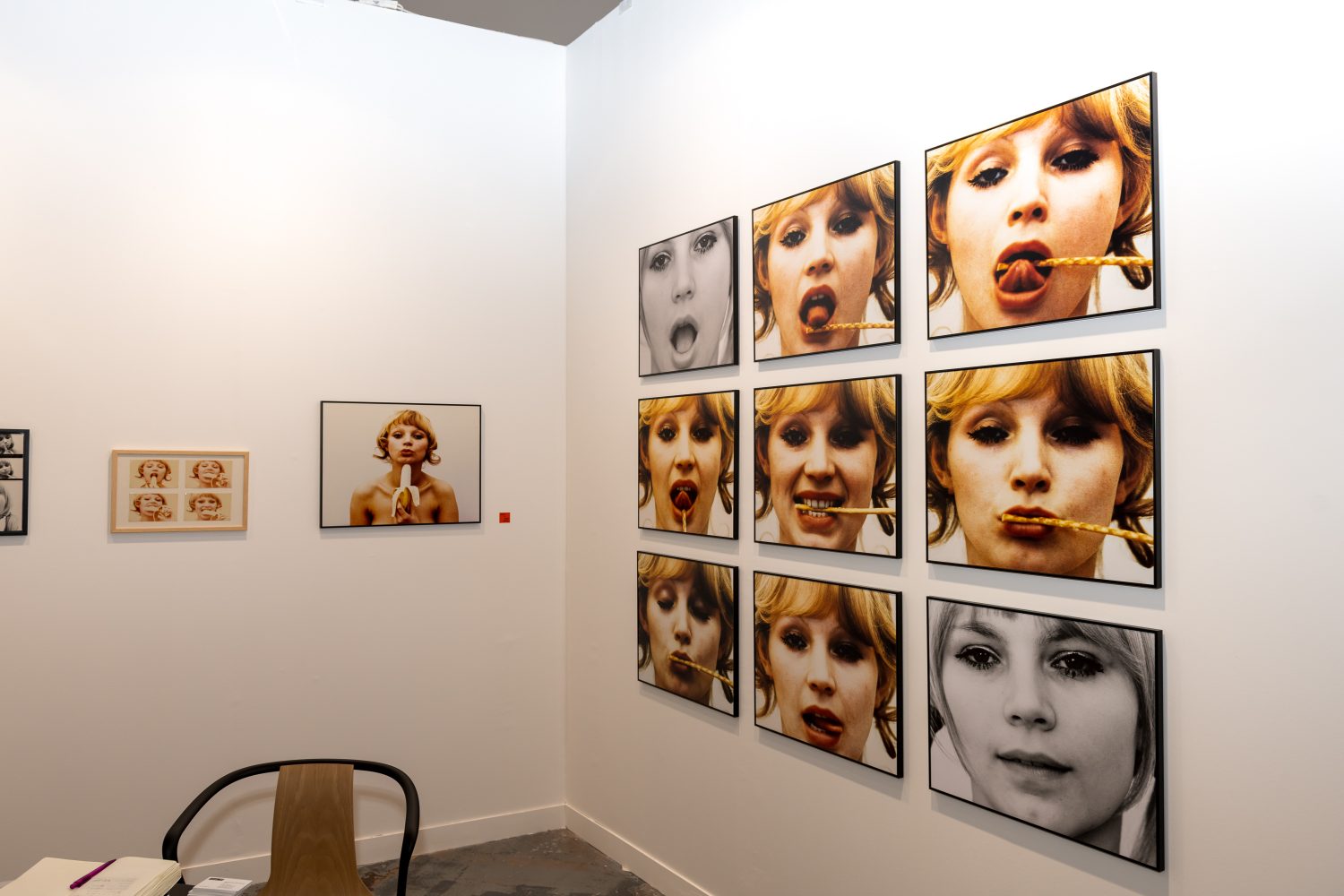 These reflections on how to define oneself (or not) by sex, gender, race, community start to arrive in France, but only very recently. On the contrary, they have been studied and taught in the United States for many years

Totally, and what interested me particularly in this project, beyond photography, is the fetishistic aspect of bodies and objects, which I had already explored for my exhibition on Kenneth Anger and L’Enfer by Clouzot (The End of the Night). My approach is marked by feminism without it being too frontal, but, for instance, with fellow curator Myriam Ben Salah, we conceived I Heard You Laughing, a film program around the visual culture of the Middle-East featuring a number of female artists positioning themselves in relation to their bodies and stereotypes on this part of the world. But what is also important to my eyes, as a backdrop of Curiosa, is the movement #Metoo and #Notsurprised, its variant in the art world. I was part of the first group of #Notsurprised, through building network of young female curators, critics, artists, gallery owners… I think that after #Metoo, we will never look at women in the same way again, thanks to this will to regain possession of our own bodies.

You have also given conferences on feminist activism…

Yes, and even if I currently work with Laure Prouvost, whose practice is more surrealist than it is political, both are connected because, as Simone de Beauvoir once wrote, feminism is a humanism, and it is quite normal to look at the world through this prism. Even if things are slow to change in France… Moreover, teaching is not much devoted to it yet, but I was able to focus on cultural studies at Sciences Po Paris, notably with Emmanuelle Loyer. Talking about “gender studies” or “postcolonial studies” left a strong impression on me before I even worked in American institutions where these discourses are very present. Americans are in fact obsessed with political identities, communitarianism, and by the idea that you define yourself by your sexuality or your skin color… I am above all French, so my background is a bit different, but what I’ve learn in the US has influenced me in my studies and curatorial practice. 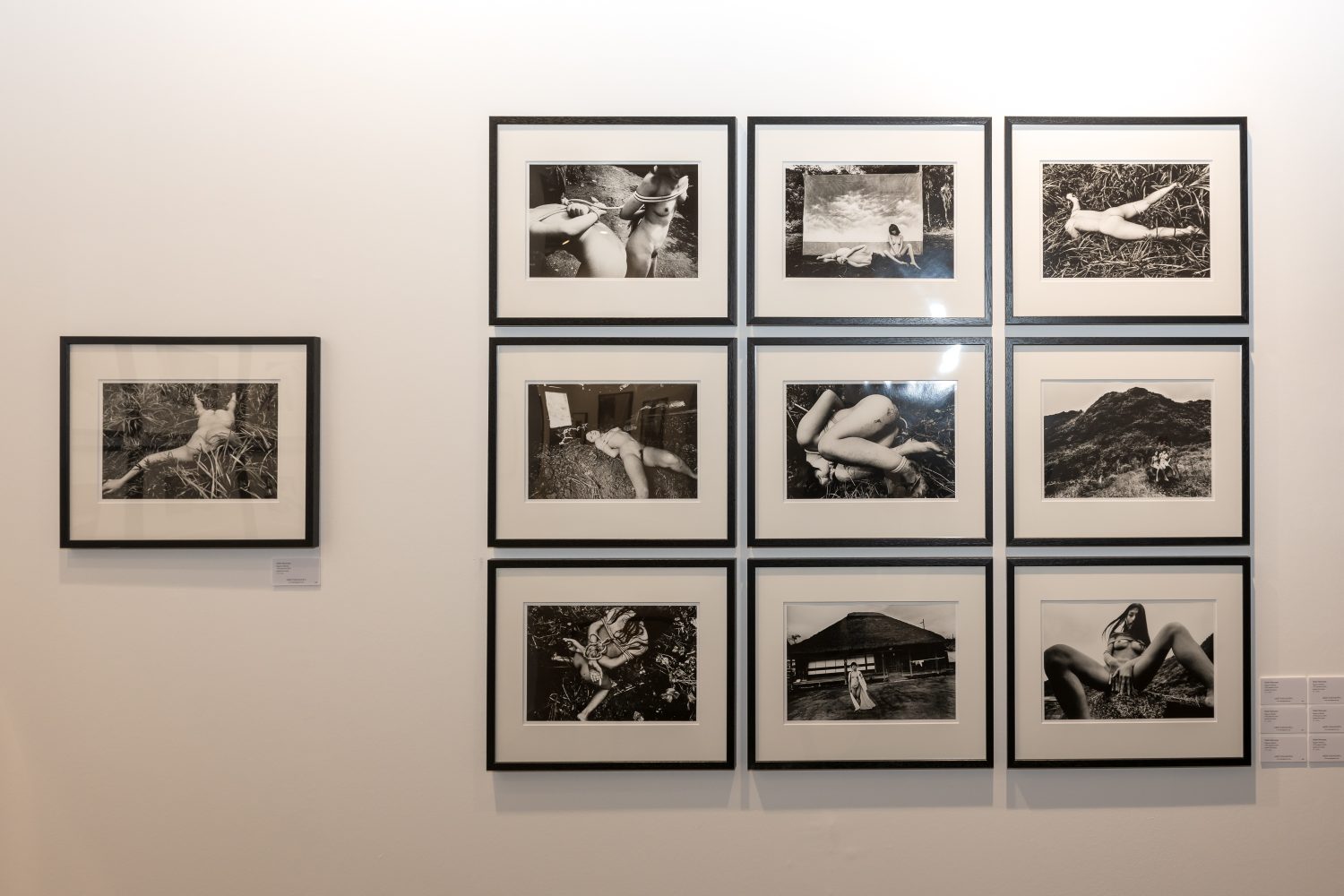 Are photography and video the preferred media for this type of study?

I think so, mainly because they are intimate media, nowadays accessible by all on smartphones or social networks. This immediacy is not possible with painting or sculpture, just as intimacy is specific to photography and film. Someone who inspired me a lot for this reflexion is Nan Goldin and I think she is everyone’s alma mater dor Curiosa. She has photographed the intimate, the community, political bodies, those in danger or in decrepitude, but also… love. I think all these themes are found in here.

Among the 14 galleries, Curiosa presents Lokal 30 from Warsaw, Tanit from Beyrouth, and Vintage from Budapest… Was it important to highlight different contexts?

I wanted to show various practices and media, through video, performance or activism as well, but also unveil a plurality of origins and contexts. Although not well known in France, Natalia LL has been fundamental for Central and Eastern Europe, particularly in the 1970s avant-garde and feminist movements. The Lebanese artists duo, who must work under the pseudonym Jeanne and Moreau, testify how different it is to be a lesbian couple today in Beirut or Los Angeles. I don’t want to replicate a Benetton ad, but it is important to remember that everyone evolves in different contexts and can live their sexuality in more or less free environments. 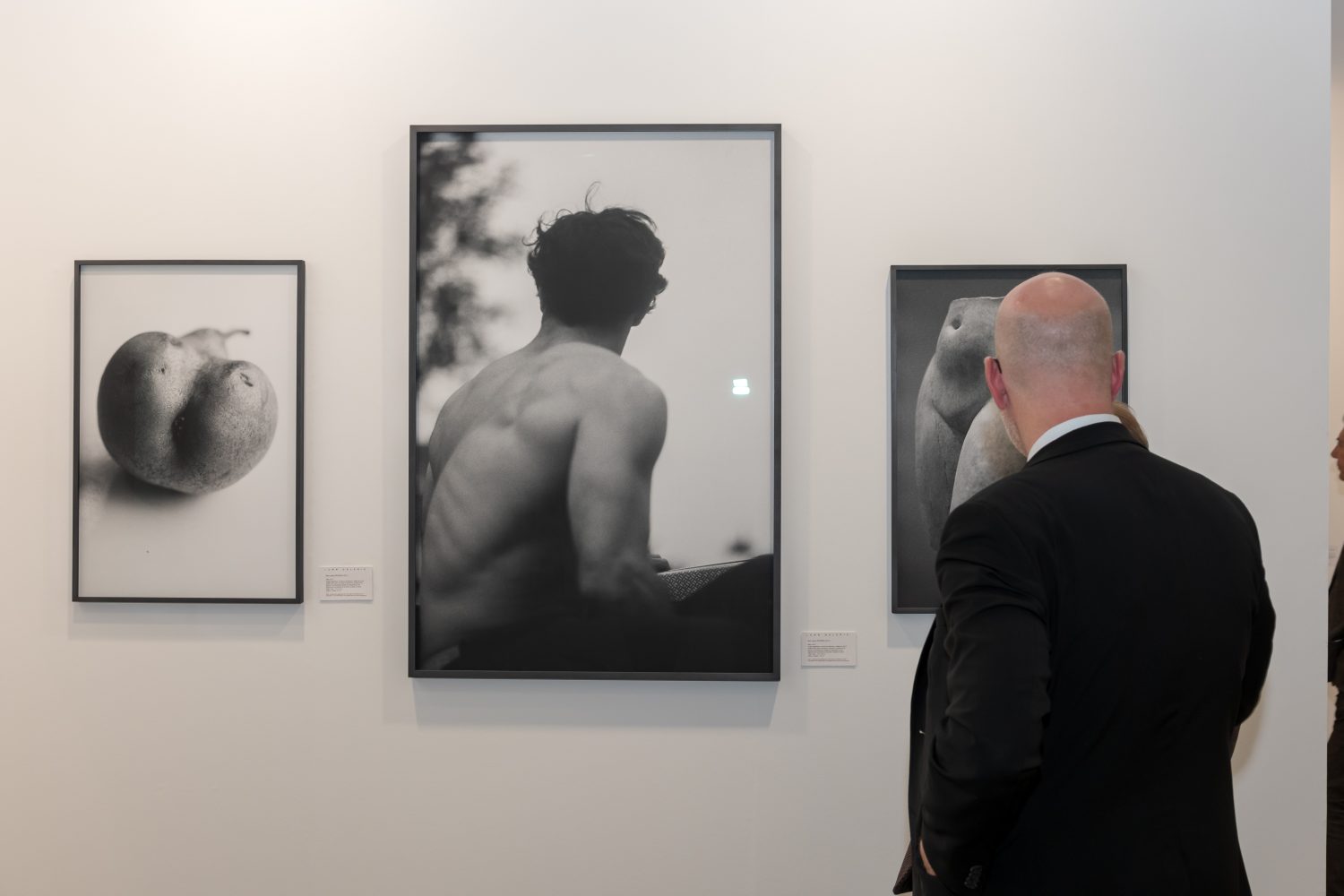 Did you discover new artists through this project?

What changed in the 1960s, is that politics start interfering with the perception of the body that was no longer considered only as an image, but in its reality. Bodies are always political, and I like diverted, suggestive or surreal works that carry a message. I think that visitors came to discover Curiosa with the idea of a somewhat traditional eroticism, but they seem to come out with the impression that we are talking about the world around us and the struggles that are ours.