Meeting the talents of Festivaldera

Nature allows introspection because it confronts us with an absolute truth

The first edition of Festivaldera took the form of six evenings with one common thread : Boccaccio’s “Decameron”. The artistic direction entrusted the writing of an original text to Italian playwright Michele Santeramo and the performances of three major actors from the Italian contemporary scene. Anna Foglietta, Claudio Santamaria and Marco D’Amore reflect on their experience and react to the modernity of ‘I racconti dal Decamerone’.

This is the first edition of Festivaldera, and already the festival counts some exceptional ambassadors: you three. What got you hooked on this project at the beginning, and what conclusions can you draw now that the Festival is over?

Anna Foglietta : I was attracted by the artistic project in itself, which consisted in adapting a typically Toscan, ancient text into an extremely modern interpretation. I greatly appreciated the strong participation of citizens to see their history represented, a history that belongs to their ancestral culture. The Tuscan public is active and involved. I was very moved and proud to have been part of this project. The outcome is really positive for me and I found the organization impeccable. I enjoyed playing in the incredible Pontedera theater which has a strong and rooted soul. It is impossible not to draw great energy from it. And I was very impressed by the Triangolo Verde amphitheater installed in a clean landfill site. It was incredible to play in a place that usually conveys a very negative image, now transformed into an exceptional platform for art and culture.

Claudio Santamaria : Like Anna I was particularly impressed by the large renovation project. It is proof that a place devoted to human filth can be filled with art and poetry. What attracted me to the project was its artistic quality and the relationship with the other actors.

Marco D’Amore : I was also very attracted by the professionalism of the people involved in the project and the beauty of the venues chosen. I was also very touched reading the text, by the strength and courage of the themes involved. These are excellent prerequisites for a Festival to involve and attract an audience from anywhere in the country. 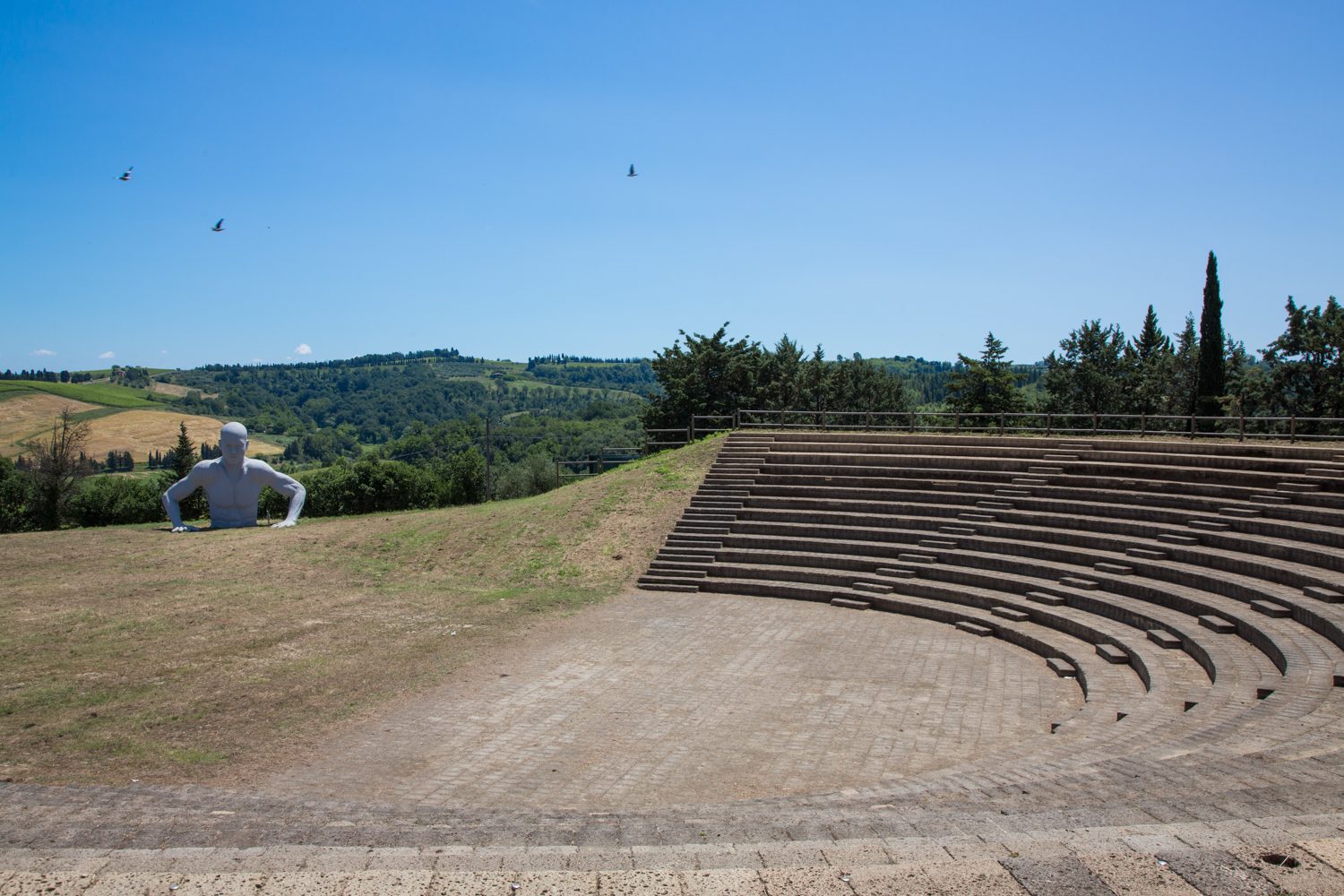 What we can learn from Michael Santeramo’s “Le hasard et l’invention” is this: Each of our lives are due to chance. It can be dramatic, but we can also make sure to invent, to create our life. How important to you are the arts and culture both individually (to be the master of one’s own destiny) and universally (for greater social and territorial cohesion)?

Claudio Santamaria : Art and culture are great instruments of knowledge. To quote Socrates: “Know yourself and you will know the universe…” Culture is what gets us deep, it gives us strength, security, and the possibility to understand the world. They are tools that give us freedom of thought, freedom in general.

Anna Foglietta :“Le hasard et l’invention” is an extremely interesting text for the reasons you have mentioned. It comes the conclusion that “life is stupid”. Tranquility is achieved through this wonderful synthesis thats seems banal but is in reality extremely profound. I am absolutely convinced that art and culture are fundamental aspects of life that can serve as a cement between people. The only common flag is the one carried by the artist because his/her art has the power to tune personal and universal feelings. A literary or theatrical text, a song, a poem, a sculpture, a work of art in general can be the voice of universally shared feelings through which we can rediscover our own humanity. This is what art is for and I personally make daily use of it. 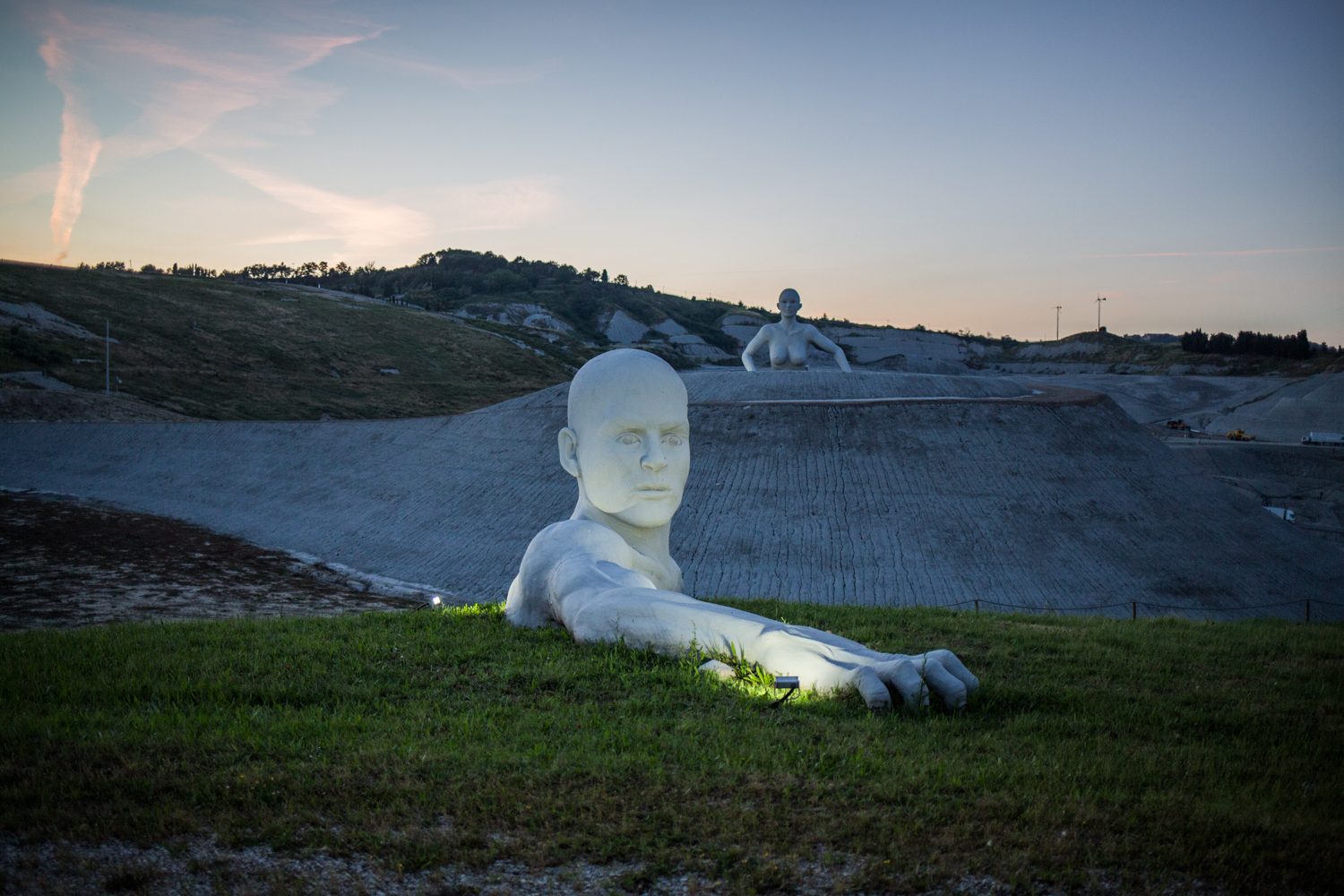 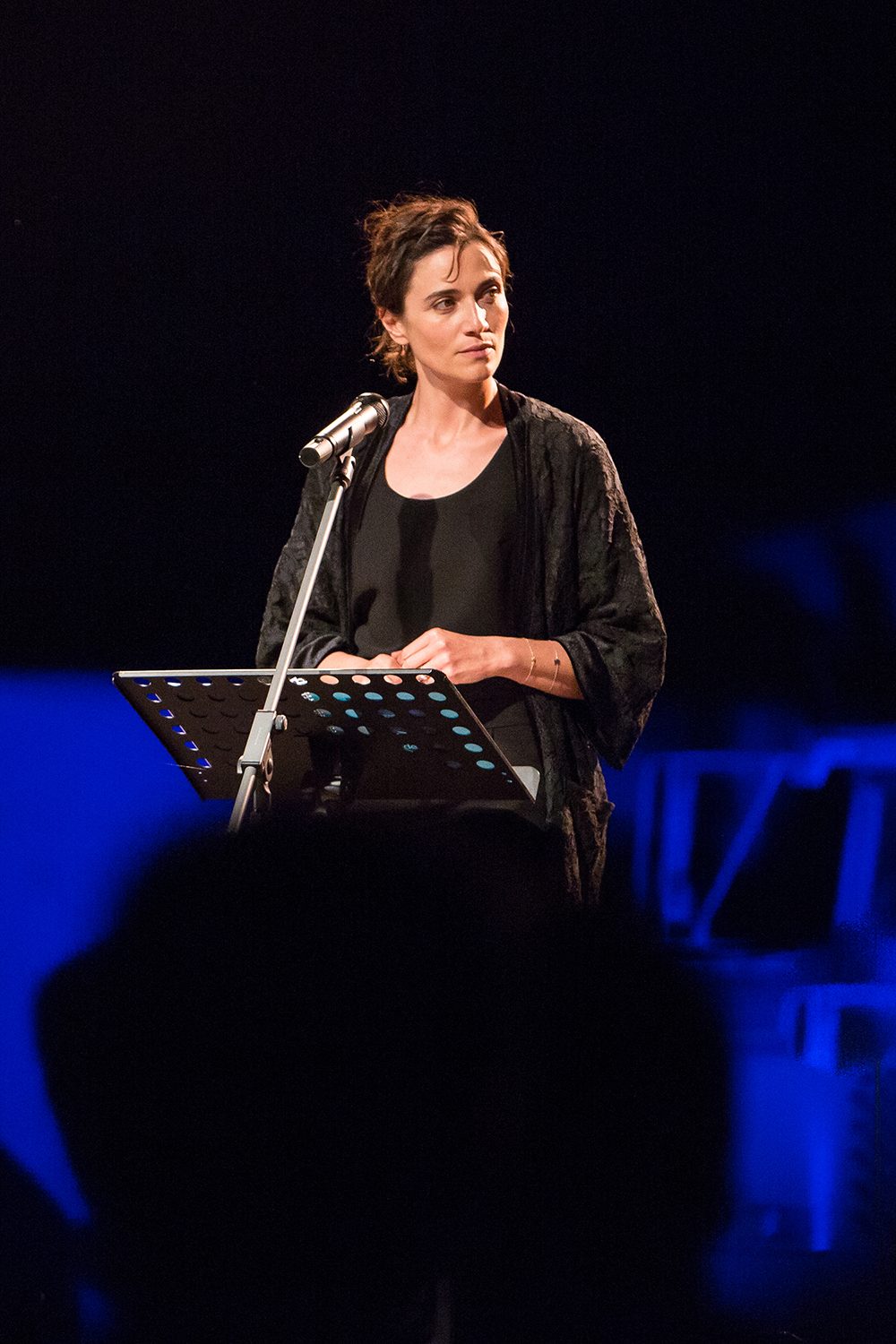 In Boccaccio’s work, the protagonists find themselves isolated in the Tuscan countryside to escape the plague and their stories have a cathartic function. In Michele Santeramo’s text, we feel the need to find an isolated place and a slow time to have the possibility of introspection in a contemporary world that goes fast and exposes us permanently. Do you think this need for introspection is real and current? And did you see this possibility in the valley that hosted Festivaldera?

Marco D’Amore : In “Decamerone” as in Santeramo’s works there is a need to carry out stories and to listen to the stories of others. This same need can be felt both among the organizers and the Festivaldera’s public. It is a place where we can finally stop and heal by sharing.

Anna Foglietta : I first played in Pontedera and let myself be carried away by the theater’s beauty and energy. Then we stayed in the magnificent Castelfalfi Resort and what moved me there, beyond the beauty of the structure, was to become aware that we are not used to a total beauty. The Valdera is a sublime panorama where there is no element outside nature that spoils its beauty. It’s like I touched the divine. The need I had to get along with this perfect nature was actually the need to reconnect with myself. Isolation as a relationship between self and nature, the need for introspection, is absolutely necessary to find the right balance. We are too often subjected to unnatural rhythms and sometimes it is necessary to shift to human rhythms to move forward.

Claudio Santamaria : Today the need for introspection is stronger than ever. We are constantly exposed to the world through social networks and our Smartphones. We are reachable 24 hours a day and when we do not answer the phone people think the worst immediately. Thirty years ago, once you left home, nobody knew where you were and that was no problem. Even without being a public figure, we are all in this position of self-exposure. We need to show off our lives and our moods as soon as we wake up. Today we’re searching for a time and a place isolated to be alone with ourselves, with our own family, with our affects. Valdera allows this retreat, ans so do other beautiful places in Italy and elsewhere in the world. Nature allows introspection because it confronts us with an absolute truth that brings us back to a state of inner peace.