The Foundation is not only associated with my father’s personality, it also wants to be a living and open space

Opened on June 1st in Porquerolles (Var), Fondation Carmignac is the work of a father and son. An art collector for years, Édouard Carmignac started the project to which his son Charles now contributes largely. Charles is a former member of Moriarty, the music band, and the instigator of many other initiatives. Proving he has inherited the taste for family entrepreneurship, he is bringing a personal, poetic dimension to Fondation Carmignac.

Fondation Carmignac was inaugurated just a few days ago. Tell us about the experience.

It was a bit like a trance. There was a true collective energy as in these dance movements that seize an entire population. Everyone got into the same movement, which was engaged organically and collectively. And it wasn’t just a single-day type of experience, this energy kept growing over several weeks, months. There have been many unexpected twists and turns. In the South, we experienced the worst winter in 40 years, with waterspouts, torrents of mud that ultimately delayed the renovation work… But this unintentional inertia was a source of a tenfold dynamism.

How, after your career as a journalist and musician, did you join this family adventure?

I was first trained as an economist because it was the only science taught in business schools. Then I studied journalism at Sciences-Po Paris. I was also in development and collaborated with Jacques Attali at PlaNet Finance. Then I created a newspaper which aim was to present current events in an educational way, as a citizen action, which I sold to Les Echos group. I like that economics is an area that can seem a little distant and cold while many irrational, human factors and magic equations make people make mistakes all the time… I also have a group of friends with whom I started playing music in high school. It became Moriarty. We played for twenty years, toured very intensively for ten years in more than thirty-five countries. We produced five albums which were all gold records and, simultaneously in 2004, I created a writing agency called “Ma langue au chat”, which I also gave away three years ago. For me, all these paths, whether in economics, journalism, development, ecology, politics, or music and the arts, have influenced my current work here. 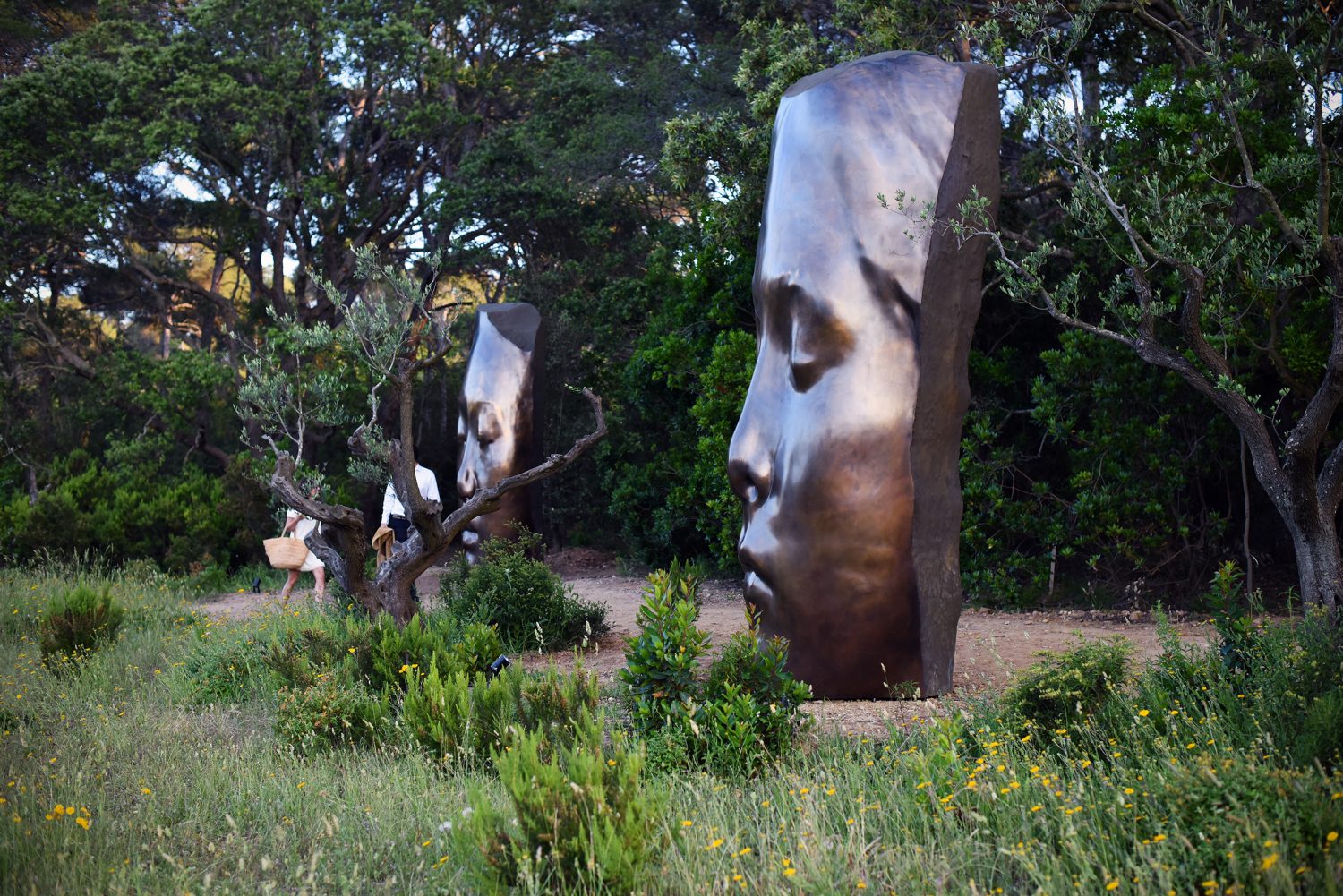 As a child, you got to grow up around your father’s prestigious collection which, as we can see at the Foundation, counts works by Andy Warhol, Roy Lichtenstein, Jean-Michel Basquiat, Gerhard Richter, Keith Haring… What was it like for you growing up?

My father indeed created a collection that he first showed at home, then in his offices, before unveiling it to the general public. But at first, he didn’t have much money, so I remember him asking my mother to reproduce paintings… Then he acquired a lithograph by Max Ernst, which had a big impact on me, but it was mostly the music that was present as an artistic object in the house. My father even used to put my cradle next to too speakers. When I got older, he then took me to concerts. He listens to everything, except maybe hard rock metal, but a lot of jazz, blues, classical music, rock and roll… His relationship to the works is particular because in his Porquerolles apartment there is no art, whereas he exhibited many magnificent pieces in Normandy, like a small painting by Raoul Dufy, a Jenny Holzer or a Francesco Clemente piece…

Will you have any say in the Carmignac Foundation’s future acquisitions?

I will, but coming from performing arts and music, I am naturally attracted to pieces that are not only visual. I go towards those that play on the invisible, the unconscious. Works that discreetly grow on the visitor’s mind.

The artist Korakrit Arunanondchai, whose work is part of the collection, testifies to this energy and makes performances. Is his work the type of art you particularly like?

Yes, and I love our curator Dieter Buchhart’s offering for this exhibition. It nurtures many dialogues between different generations of artists, and you can see the work of iconic visual artists who influencing the emerging ones. In the exhibition, there is this relationship between Yves Klein and Korakrit Arunanondchai, or the question of how Pablo Picasso was assimilated by Alexander Calder or Maurizio Cattelan. It is also about the father and son relationship and, this being more personal to me, about how my father’s influences intertwined with mine. We complement each other, both in the way we conceive the project, the spirit of the place or the choice of works… Even when I don’t completely get his choices, it interests me to understand why, and vice versa. The Foundation is not only associated with my father’s personality, it also wants to be a living and open space. 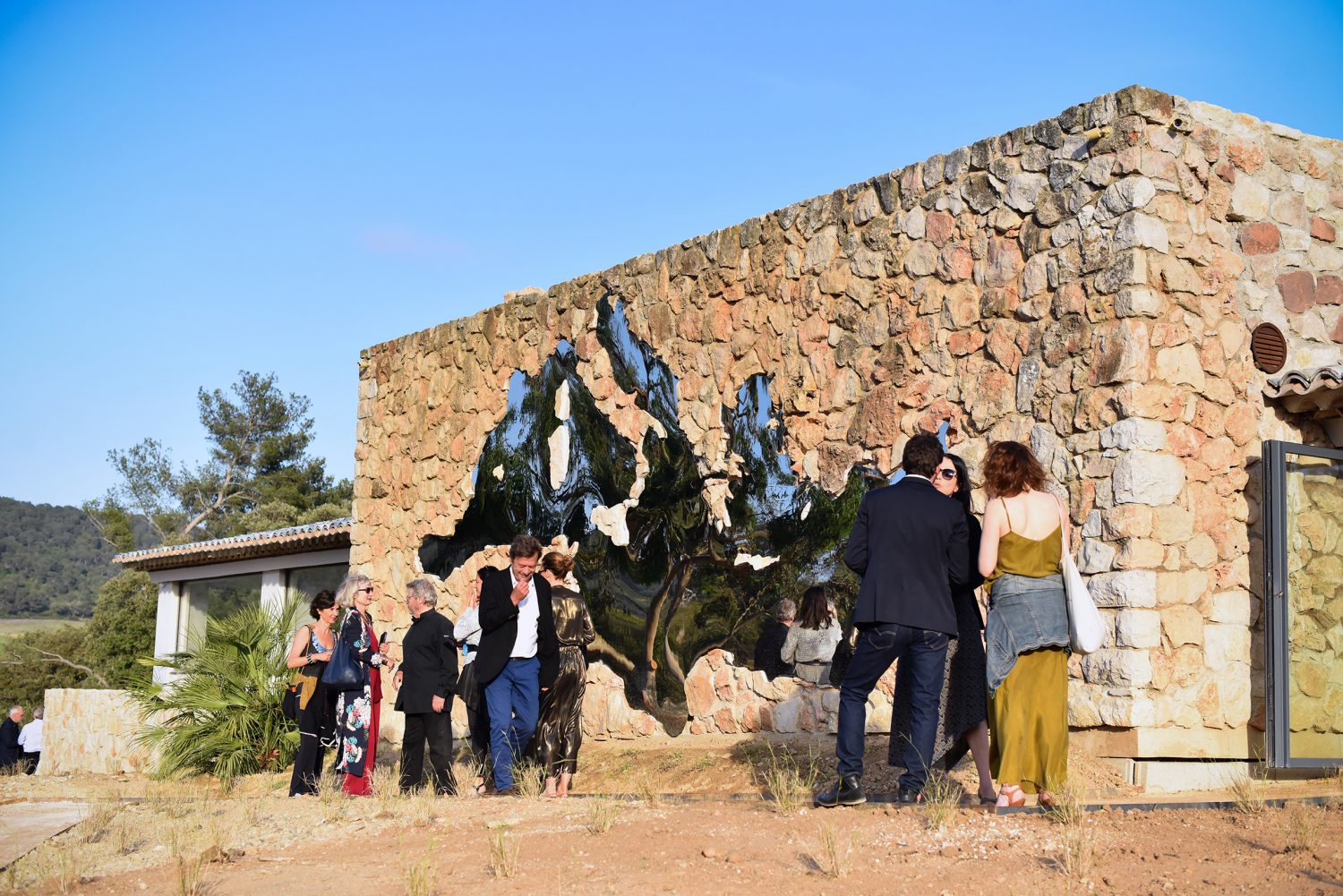 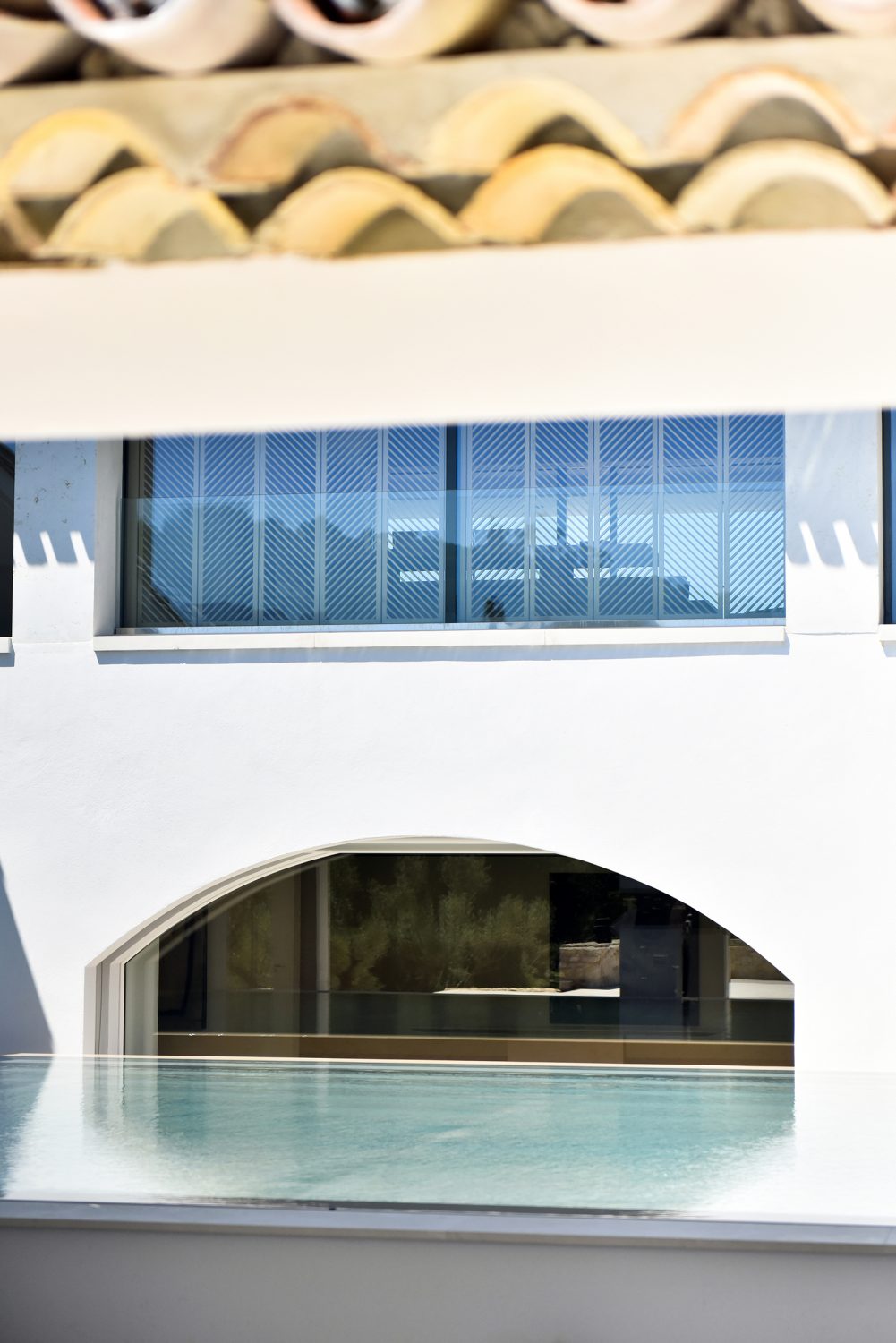 The Foundation’s Porquerolles site will also offer a residency program for young artists. Can you tell us more about that?

It is in our DNA to generate a creative space that can lead to new works. But it is also about ideas and reflections, in connection with the fact that we are immersed in a living nature. We are in a national park, and this protected site being a natural treasure must translate into the artistic curation. I would also like to do the opposite of what you might expect from us, namely to ask visual artists to go towards performance and inviting people from the performing arts to slide towards creating more tangible pieces. For this inauguration, we are showing 70 of the 300 works from the collection, to which we added external loans, plus the twenty or so specific commissions imagined with some artists who came to spend time here and who were inspired by the place.

You are located on an island, which is always a little wild, and you insisted on the fact that you do not want this foundation to be just a cultural commodity. It is an immersion, a place you visit barefoot… How would you present it to visitors?

It’s true that you are not going to visit our foundation in-between appointments… Here, you are far from the everyday. You’re taking a boat, crossing the sea and then having a drink upon arrival. You physically and symbolically arrive on the other side. When you set foot on an island, you feel like anything can happen. It is a place of adventure set in a national park, which is protected and classified, and with species that only exist here. All of this contributes to a kind of “purification”: it radically transforms our experiences of the art works, quite simply because we are apart from the world  in order to better immerse ourselves in it. Here, we are confronted with essential questions like our presence in the world. Porquerolles is both a safe place and one of massive tourism that welcomes one million visitors per year. So the question of the human impact on the environment is constantly present. Even if we are in an enchanting setting, the idea is to confront the public with a reality that can be cruel and violent. The collection sometimes describes a tough reality, notably with its the “Prix Carmignac du photojournalisme” (Carmignac Award for photojournalism) we created in 2009. In a place we know as quiet and peaceful, we create more penetrating viewing conditions to raise questions that can be heard in the best way. 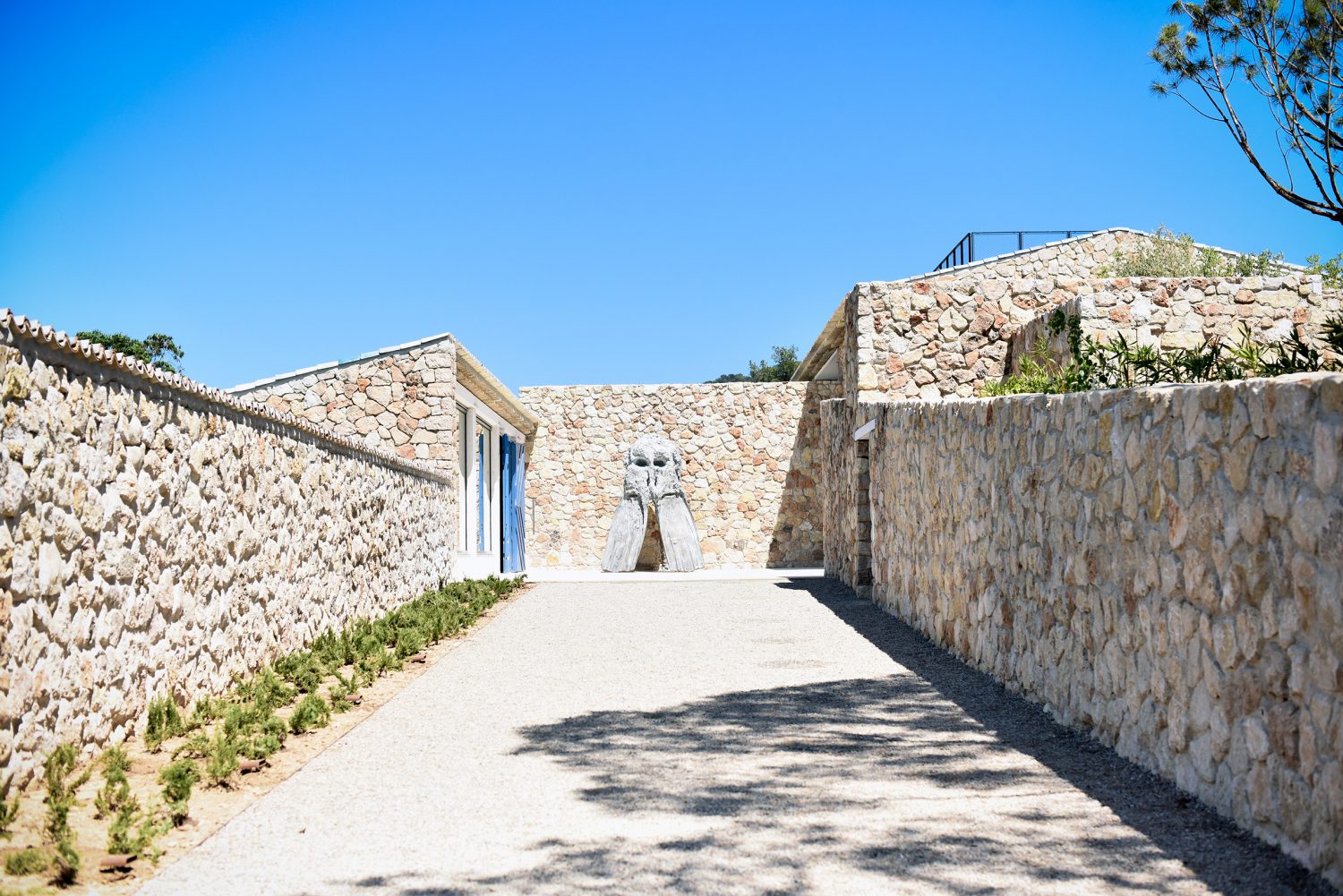 The idea of the island evokes Michel Houellebecq’s La Possibilité d’une île and this way of digging into the heart of the human being and their raw reality. You do not seem so far from each other…

The purer you are, the more you look at your own world, because you stand aside to observe yourself. Our collection focuses on today’s society, with artists who are very incisive and critical of the world and its new technologies. Dieter Buchhart named the exhibition Sea of Desire, a reference to Brave New World, which was written in 1931 not far from Porquerolles, in Sanary-sur-Mer. This book evokes a society with many advantages on the surface, but that is in fact ruled by great manipulation of minds and control over data and brains. It is a prophecy that we find today, in new technologies for example, or with the Cambridge Analytica scandal. So yes, our setting is wonderful, but we also want to show the reality of things.

What works are you most drawn to in this first exhibition?

I particularly like Jaume Plensa’s installation in the gardens. It represents three huge enigmatic faces, and it plays with the senses. Visitors are invited to start their journey after tasting an initiatory drink, they walk around feeling the ground under their feet, and they finish off with a wine tasting… Some works invite you to look back on yourself, in what Wassily Kandinsky called “the researchers from within in the outside”. A strong piece always propels us within ourselves. Part of our visit takes place in the forest and the global visit is called “The interior island”, which testifies to this double journey, both physical and spiritual.