The exhibition is a suggestion of what awaits, not a sudden revelation.

Italian-born Paola Antonelli has been a senior curator in the department of architecture and design at the Museum of Modern Art in New York since 1994. Over nearly three decades, she has been on a mission to promote a broad understanding of design, from video games to 3D-printed objects, and led MoMA’s acquisition of the @ symbol, designed by Ray Tomlinson in 1971.

Antonelli began working in the field of design after attaining an MA in Architecture from the Polytechnic of Milan – the breeding ground of luminaries such as Gio Ponti. Like Ponti, Antonelli ardently believes that design touches every aspect of society. She also considers that design has a civic responsibility towards humanity and the planet.

The latest location that Antonelli finds herself working in is, strangely enough, Japan’s airports. She has been appointed to curate ‘VISION GATE’, comprising installations at Tokyo’s Haneda and Narita airports, as part of the Japanese government’s initiative ‘CULTURE GATE to JAPAN’.

How have you sought to evolve MoMA’s architecture and design department? What is your ambition?

My biggest ambition is to enhance people’s awareness of design and to make sure the world understands that design is not only cute chairs, sleek products and fetching logos. With my colleagues in the architecture and design department at MoMA, over the decades I have made sure to include in the collection and in exhibitions non-stereotypical design forms such as visualisation design, fonts, video games, biodesign, symbols, interfaces and more. 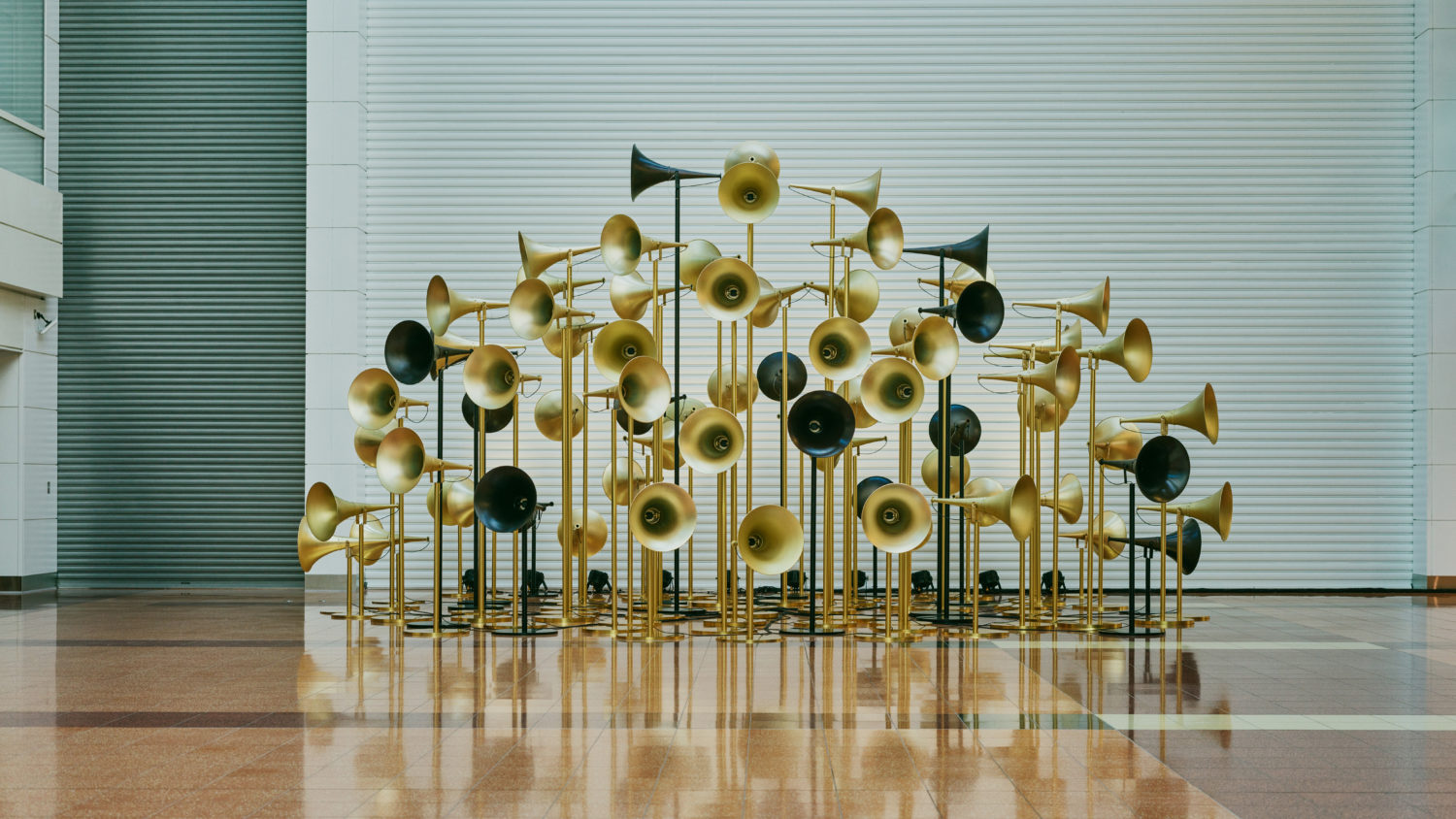 How would you define your philosophy about design’s role in building a better future for all, as explored on your Instagram Live series @design.emergency?

The [British] design critic Alice Rawsthorn and I founded the Instagram Live project @design.emergency almost a year ago to highlight the important, beneficial, and constructive roles and initiatives that designers have taken on during the Covid-19 pandemic. We strongly believe that is what design always does and the pandemic gave us a chance to make the public more aware of this. We also believe that designers will continue to be crucial actors as we all set out to rebuild our lives, cities, nations, economies and social structures after the pandemic and prepare for the future.

I have great faith in design’s ability to envision and pursue better solutions and outcomes at all scales. As the Italian architect Ernesto Rogers’ adage goes: “from the spoon to the city”, and far beyond. For humans and also for all other species and entities.

There are however many examples of bad design, throughout history, and design also has a serious responsibility for much of what has gone wrong – the environmental crisis, for instance. I consider it my job to provide positive examples and help citizens sharpen their own critical tools so they can demand better products and solutions, whether from companies or from governments.

Why did you accept to curate ‘Vision Gate’ at Tokyo’s Haneda and Narita airports?

How could I not? It was an irresistible invitation. I love Japan and I love how displacing and continuously surprising and inspiring Japanese culture is for a foreigner – or at least it has been for me. The idea of being able to present my wonderment and delight to fellow travelers as they land on this new planet was exciting. When I got the call from Tetsuya Kawabe, senior managing director of the Haneda Future Research Institute [at Japan Airport Terminal Company Ltd], I didn’t hesitate, also because he and I have been a great team on other cultural projects in the past. 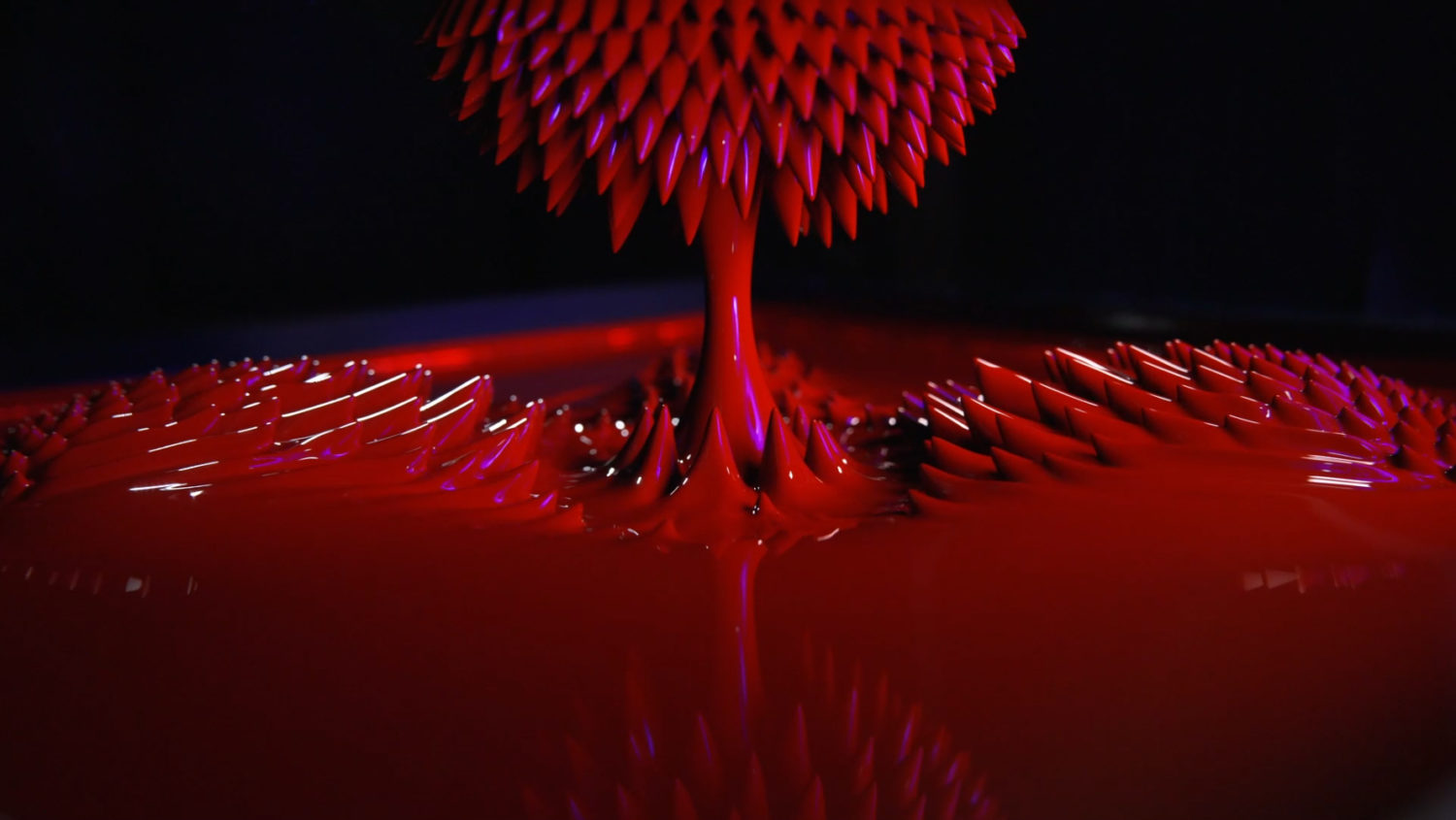 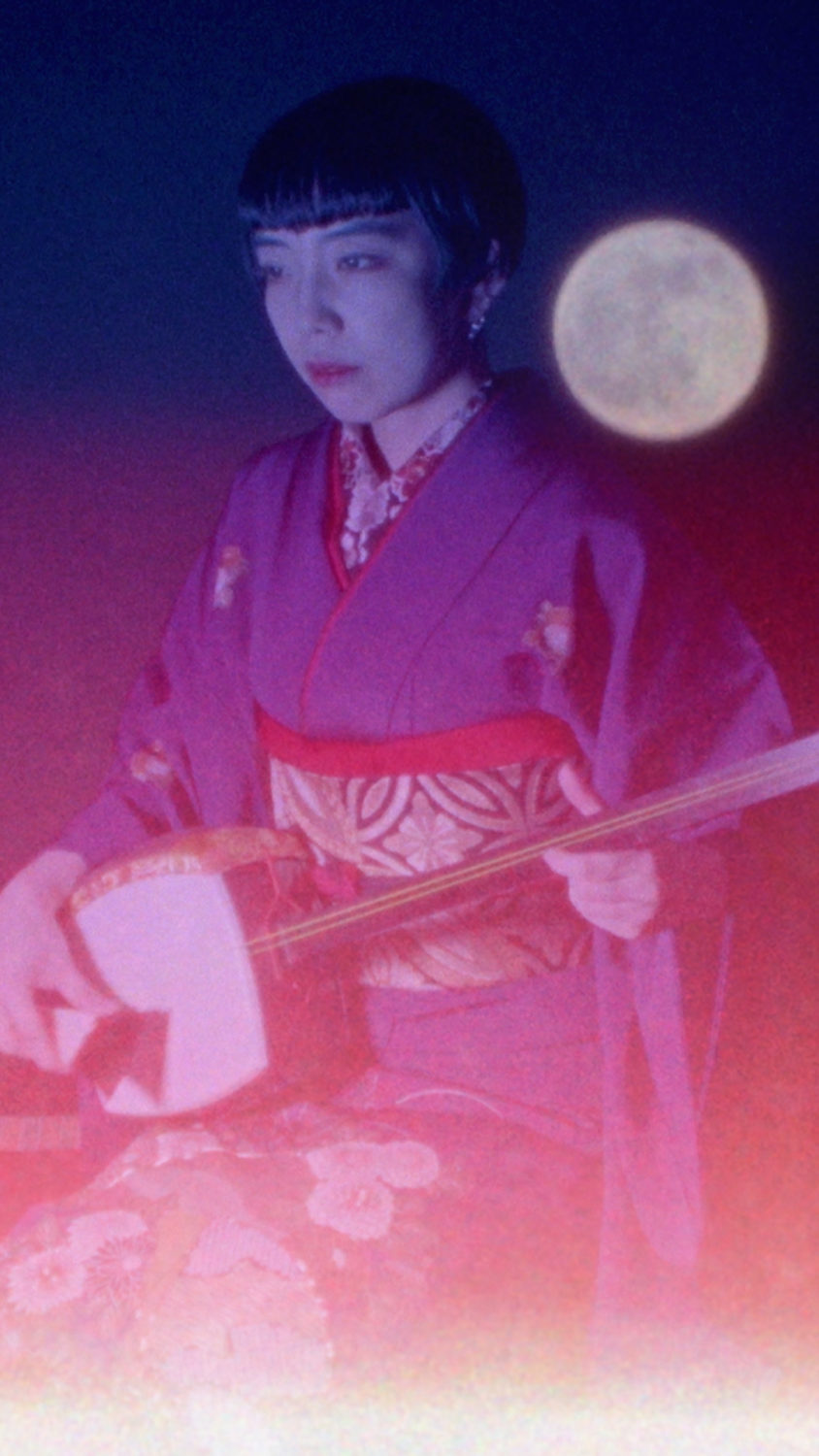 What is your own vision of Japan? When was the first time you visited the country and what impression did it make on you?

It was 1992 and I was meant to help install an exhibition at the Tokyo Design Center, which was opening right then and there [in the district of] Gotanda. I arrived on a Friday night at Narita, missed the driver that was picking me up, took the Narita Express and found myself at Tokyo Station at rush hour on a Friday night. At that time, they were not too many signs written in English, and no mobile phones that would work internationally. I was completely lost and having a wonderful time! Somehow, I made my way to go to Gotanda and found the building. The hosts that were waiting for me were terrified, they thought they’re never see me again.

That feeling, of being lost and almost invisible, nobody knowing where I was, stayed with me and always made me feel elated and happy. Japan is one of the places where I feel the freest and the lightest in the world. And also where I feel the most curious because of the unique character of design, the unexpected application of new technologies, and the invention of whole new typologies of objects. And the fashion! For a design buff, that’s paradise.

Have you ever curated an exhibition in an airport before? What specific curatorial considerations are there, such as how the pieces will be perceived by international travelers?

No, I have never worked in an airport before – at least not as a curator! But I’ve always hoped to because airports are some of my favourite places in the world. Among my considerations in choosing the artists and imagining the types of installations that could happen in the international arrival halls was the idea that people disembarking are often still in the clouds, maybe groggy and wobbly, in no mood to be assaulted with over-enthusiastic gestures of welcome. Rather, I went for soothing, subtle and yet powerful, almost subliminal images and sounds. A suggestion of what awaits, not a sudden revelation. A glimpse that is meant to open minds and awaken curiosities.

How did reflecting on the pandemic and travel restrictions over the last year influence your curatorial approach and choice of artworks?

It didn’t at all. I would have made the same choices even if the pandemic hadn’t happened. The big frustration is that neither I, nor [the sound artist and designer] Yuri Suzuki and his collaborator Gabriel Vergara were able to travel from New York and London for the installation and the launch. 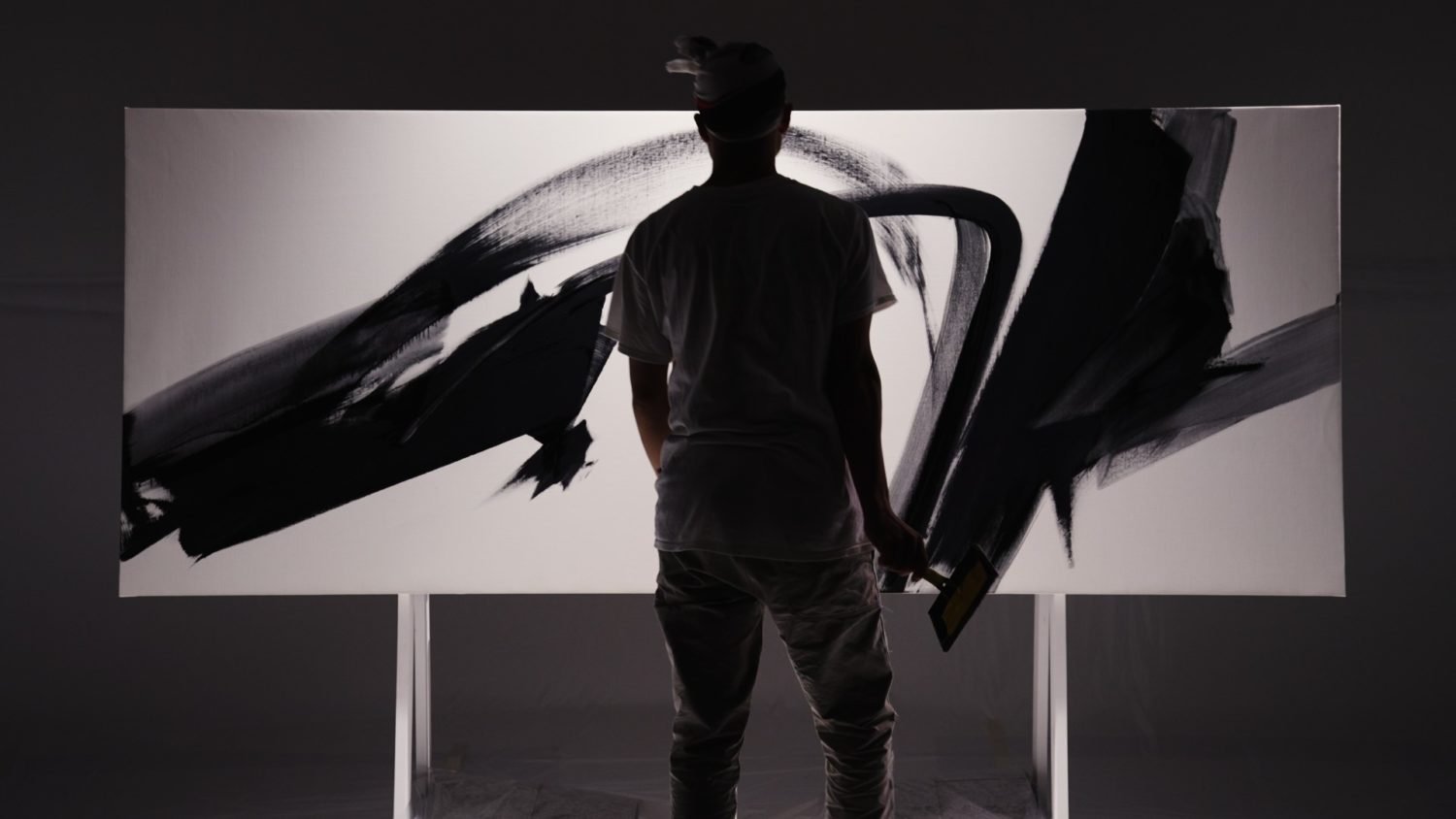 What can you tell us about the installation ‘Crowd Cloud’ by Yuri Suzuki and Miyu Hosoi?

In ‘Crowd Cloud’, Yuri Suzuki and Miyu Hosoi made an amazing team and we were lucky to be able to work with two artisans from Takaoka in Toyama prefecture on the colouring of these horns. This region has a deep knowledge of the manufacture of brass, a material culture that dates back 400 years. The final installation is the result of a true collaboration between Japanese tradition and innovation.

Your choice of video artists spans different generations of Japanese artists. Could you briefly explain why you chose them?

In the video installation, every single artist represents the tension between past and present. Mariko Mori is, of course, the symbol of this unique synthesis but the videos by Monika Mogi, Sachiko Kodama, Jun Inoue, acky bright and the great creative team at PARTY, alone and taken as an ensemble, are very effective. I became familiar with Monika Mogi’s work visiting a photography exhibition in Tokyo a few years ago and was struck by her unique take on Japanese women, expressing their strength and individuality, using styles and techniques of yesteryear.

You said in a TED talk in the 1990s that “every design show that I curate looks at a different world” and “for me heaven is satisfied curiosity”. How does your proposal for ‘VISION GATE’ satisfy curiosity about Japanese culture?

If you take all the installations together, they evoke the uniqueness and originality of some aspects of Japanese culture. Traditional Japanese syllables rendered with the newest sound technology; ancient ways to restore ceramics visualised with digital animation; a synthesis of long-established rituals and new means of performance; a fusion of contemporary graffiti and traditional calligraphy; a sense of new femininity against timeless backgrounds; the originality of manga in translating the vibrations of Tokyo. I wish we could continue because there is so much more! The sweet vertigo that I hope travelers will experience is just the one I feel every day in the streets, stores, restaurants and parks of Tokyo.