Art can be the bearer of messages of hope. It can open our consciousness and give us self-confidence.

French curator Sonia Perrin is not ready to choose between her two passions: the one she carries for art, – the African contemporary scene in particular – and her social and solidarity commitment for the children of Madagascar… She thus brilliantly combines her fields of expertise, which she puts at the service of the non-profit association Azé, of which she is the founder. Through this organization created in 2017 in Paris, Sonia Perrin actively works to provide schooling and access to education for several hundred children in Tulear, in the southwest of Madagascar.

You discovered the African continent through professional and personal experiences and on many occasions. However, one encounter has stayed with you this whole time: that with Madagascar. Can you tell us more about what attracted you to this country? What is your relationship with the island?

I had the chance to travel several times across the African continent but I have a special relationship with Madagascar because it is in Madagascar that I became godmother of a child for the first time, more than 20 years ago. My encounters have allowed me to travel to the big island where I have been overwhelmed by the beauty and diversity of the landscapes and the smiles of the Malagasy people. It is a very charming country which is part of the African continent but which has its own, independent history and double African and Indonesian culture. Madagascar is the fourth largest island in the world but the country is still lagging behind in terms of its socio-economic development. I really like what the artist Joël Andrianomearisoa recently wrote in a sculpture installed on the square of the Town Hall of Tananarive. It is this sentence: “Here we carry all the dreams of the world”. This is a concrete example of how art can carry messages of hope, how being around works of can awaken dreams and desires, open consciousness, and give people self-confidence.

Madagascar has no less than 28 million inhabitants of which 50% are under 25 years old. It is through contact with these young people that I decided to take a step further and create an association to support access to education. I am convinced that only education allows people to access a better life and to become responsible citizens. My mantra is this quote from Mandela: “Education is the most powerful weapon which you can use to change the world”. 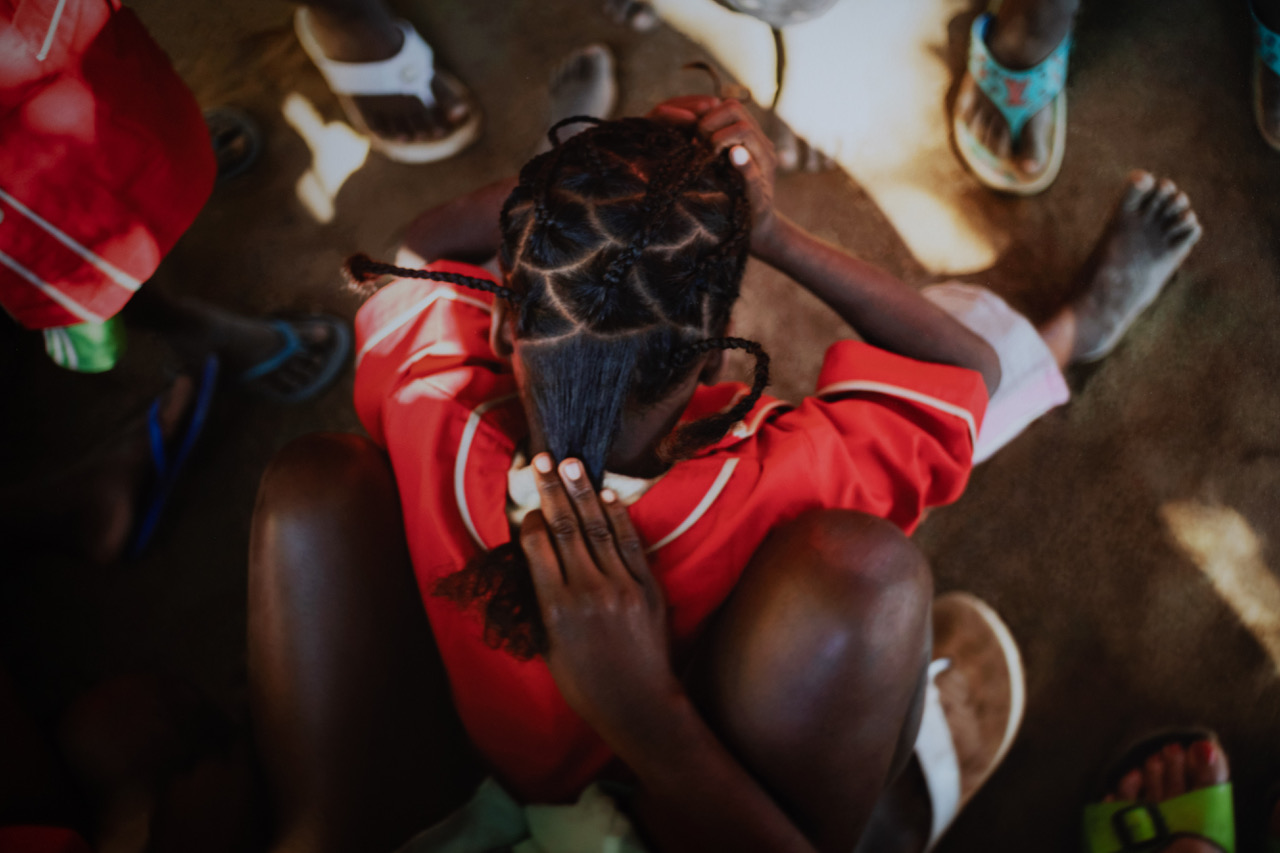 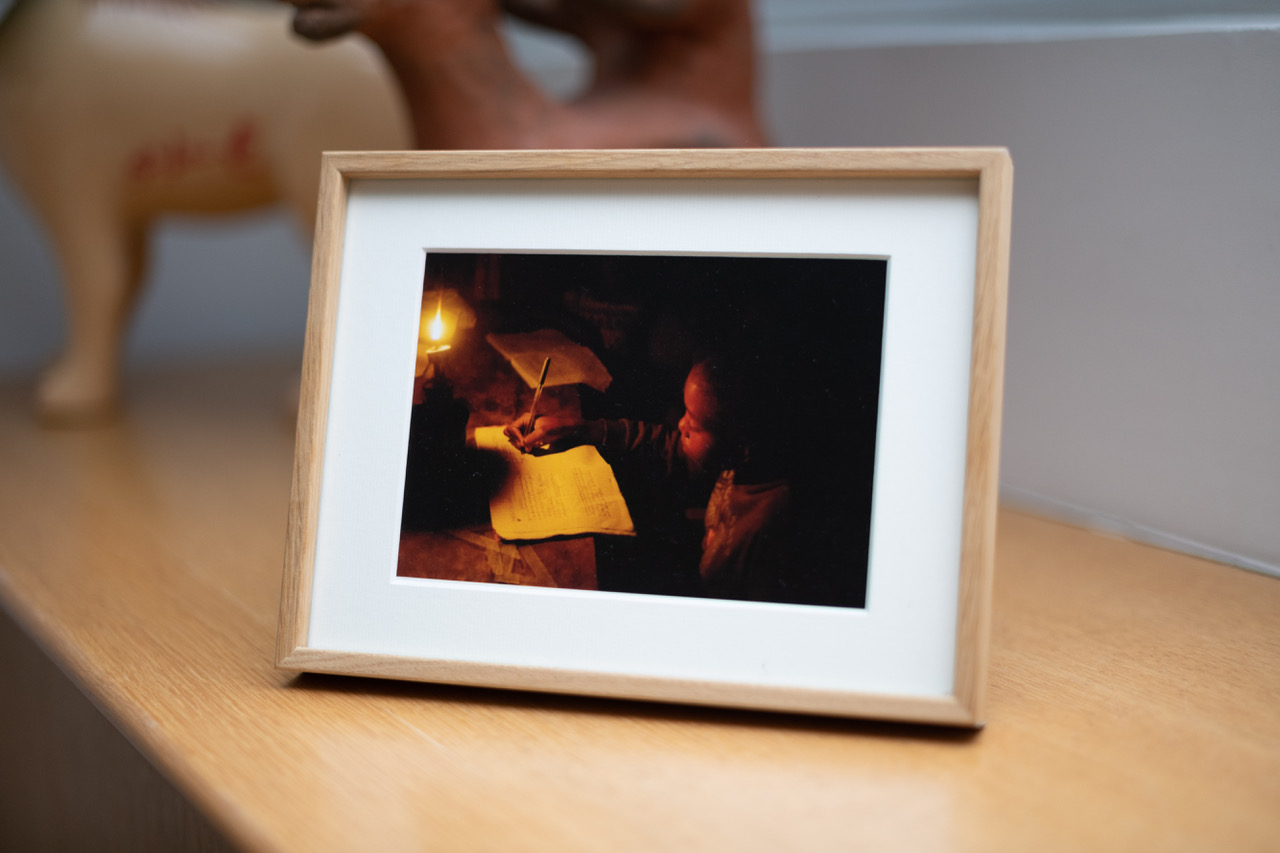 It is precisely Madagascar that inspired you to create Azé. Tell us about the genesis of your association, its objectives and the actions it carries out.

During my first trip to Madagascar, I was accompanied by André Magnin who took me to the South, to Androka, where the population is currently experiencing a dramatic water and food crisis linked to global warming. The Efiaimbelo family – from the Mahafaly ethnic group – lives in this village. The Efiaimbelos are sculptors of Aloalo, traditional funerary sculptures that were originally erected to honor the deceased. The ancestor of the family was the first to modernize the Aloalo by painting them with bright colors and diversifying the scenes represented on the top half of the sculpture. Each Aloalo represents a situation inspired by daily life, a tale or a legend whose knowledge has been shared by the clan since the 18th century. The pole represents a succession of eight motifs on top of each other (8 being the number of abundance). The first seven geometric motifs symbolize a zebu forehead and a sleeping dog. The eighth motif is a full moon that evokes life and eternity.

With André Magnin and through Azé, we have organized several exhibitions and sales of Aloalo works which allowed us to support the Efiaimbelo family. Azé actually came about thanks to this relationship with build with the children of this family. Today, the association supports an elementary school welcoming 250 children in Tuléar and follows the schooling of young people up to the baccalaureate. During the pandemic, I also created a scholarship to support students in their higher education. This fall, we welcomed our third scholarship student.

You manage to create bridges between your passion for contemporary African art (among others) and your commitment to solidarity. How did these links come about?

I studied history and art and worked for cultural institutions for more than 25 years, so it was natural for me to combine my initial skills, my network and my love for creation to my charitable adventure.

Today, we are launching a new wine, the Malbec Lagrézette, at the Magnin-A Gallery. It was elaborated by Château Lagrézette with the help of oenologist Michel Roland for the benefit of Azé. I am very proud of this new project. I commissioned the artist Malala Andrialavidrazana to design the bottle’s label. Malala used a reproduction of Marguerite de Massaut, the first owner of the wine estate in the 15th century, which she wrapped in a cloud of flora reminiscent of both Madagascar and the aromas found in the wine.

This launch is also an opportunity to discover or rediscover the work of Marcel Miracle, an artist, poet and geologist who was born in Madagascar where he was initiated into geomancy. His work combines drawing and writing, often in the form of collages that compose a kind of personal cosmogony. I love these particular words from him: “Nothing exists that does not owe its existence to the gaze”. 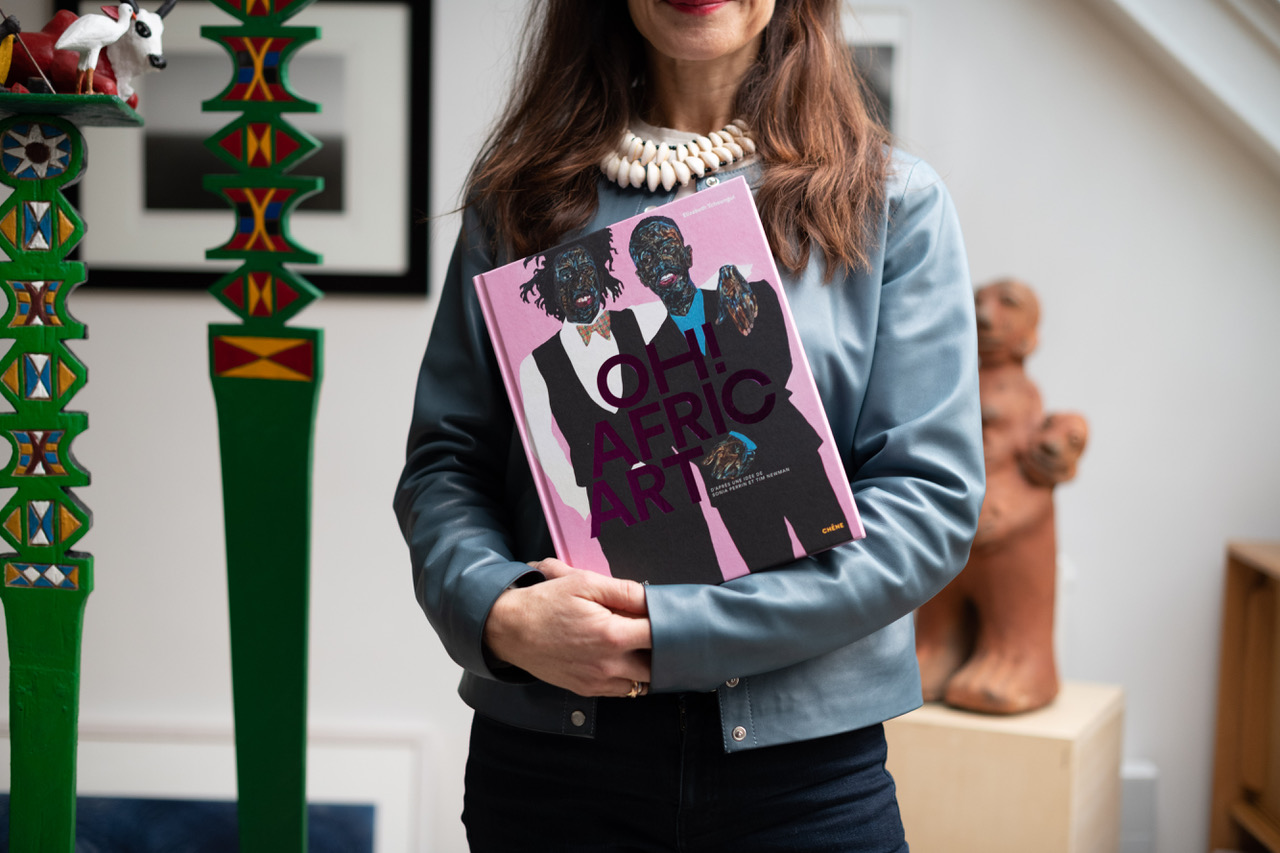 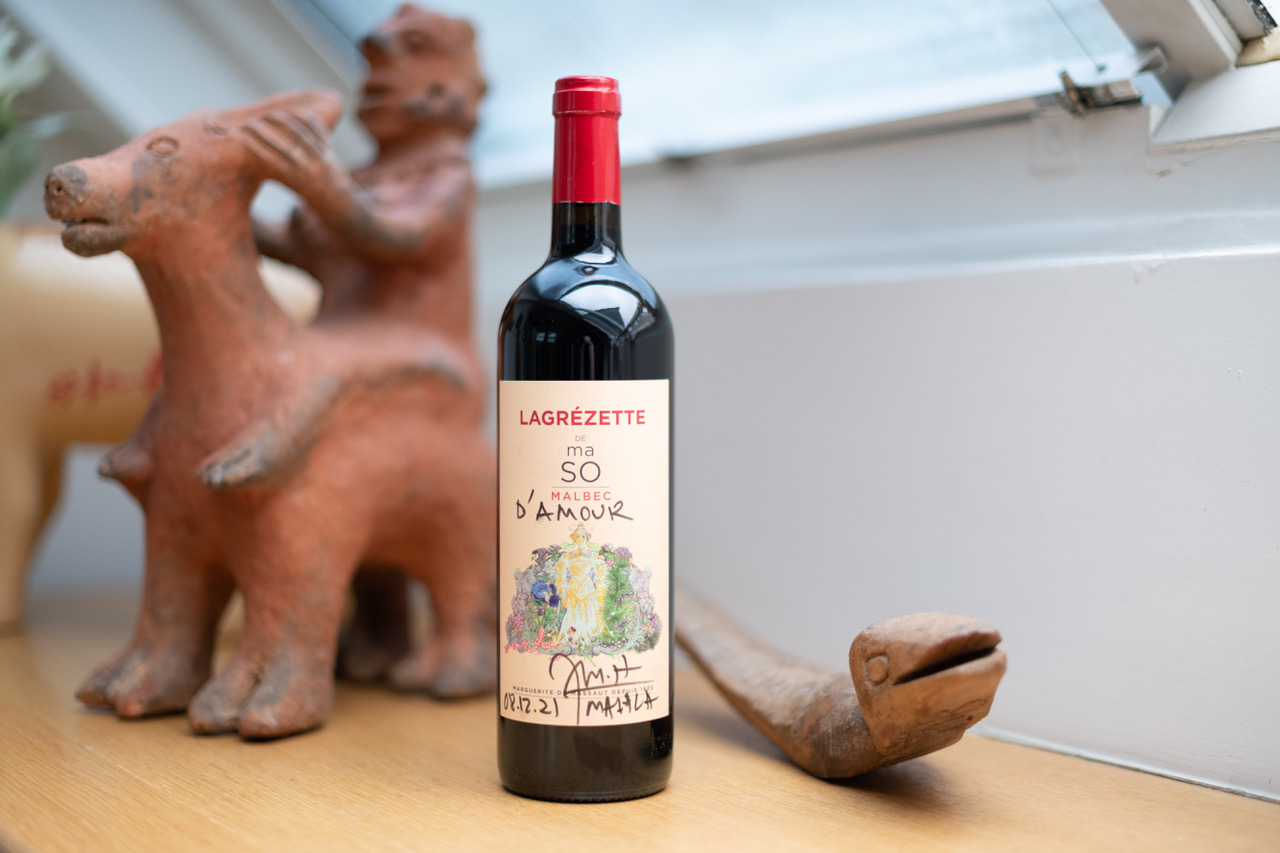 Are you considering new collaborations with artists from the contemporary African scene?

We just launched the book “Oh! AfricArt” with Éditions du Chêne, which is the continuation of the namesake television program for which I was artistic and editorial director. It was broadcast on France 2 and TV5 Monde. The book highlights the abundant artistic scene of the African continent through the portrait of 52 artists in a pan-African selection of artists of various notoriety, generation, narrative and plastic practices. The selection allows the reader to discover the abundant, dynamic and plural creation of a continent in constant evolution, which writes its own stories and is a major player on the world art scene. I wish this book great success. I learned while talking with the artist Amadou Sanogo that he discovered the program “Oh! AfricArt” from his home in Bamako, Mali. It is a great joy for me that the program can be watched from the African continent. One of the artists of the program has found a gallery thanks after participating to the show, and that is a great joy too.

I don’t know if the pandemic will allow us to open a third edition of DaDa, an exhibition space near Jemaâ el-Fna square in Marrakech where I exhibited the artists Emeka Ogboh, Mohamed El Baz and Mo Baala. At the invitation of Mohamed Bourouissa we presented Gaëlle Choisne, Neïla Czermak Ichti, Rayane Mcirdi and Sara Sadik. We had a wonderful time thanks to Touria El Glaoui who created the 1-54 fair and has greatly contributed to the development of the continent’s creation and to the establishment of a market for contemporary artists from Africa and its diaspora.