I always try to keep a project open, I don’t like when it ends

Say Who met photographer Estelle Hanania at Le Cœur gallery, where she took part in “My Body My Choice”, a feminist manifesto resonating with the American women’s movement against the Trump administration. As part as this exhibition on the female nude, Hanania presented a symbolic photograph picturing a woman coming out of a red background. The photographer, who gained recognition ten years ago with her photography award at Festival de Hyères, conducts a photographic research motivated by instinct, influenced by explorers like Jean Rouch or Les Blank that she likes to quote, and looks for the wonderful in everyday life and rituals. Listening to nature’s cycles, she leads, perhaps involuntarily, a generation of artists with a naturalistic approach and constitutes a transversal work that, beyond portraying communities, tells her story.

I got to discover your work through your collaboration with Christophe Brunnquell. How did you two meet?

We worked together for the first time in Berlin as part of a workshop residence for Sang Bleu, a magazine that was publishing its second issue at the time. We were immediately hooked even if we are very different. I liked his aesthetics, his drawing work. He was at the same time a painter, a draftsman, and he also made collages, distorted things… My work is often linked to masks, to body painting, to things that somewhat deform the human body. His work triggered a lot of things in my imagination. This project did us both good: it built forms, a bit like sculpture, and I got to give my interpretation of them through photography. It was a dialogue.

Looking at you work, it seems your first interest is painting, before photography. I’m thinking in particular of artists like David Lynch, who is a painter turned director.

I’ve tried painting, yes, but I’ve always done some drawing. With painting, there were limitations, and I found with photography a kind of efficiency that allows me to work with my expectations. I have a twin sister who draws and paints a lot. In my creative process with drawing, painting and photography, I realized that my pleasure, as a photographer, is not to find light. What matters when I create an image is the subject, the form, the composition.

The essence of your work is in composition, in narration.

That’s true, and yet I never really thought about it. I didn’t really have any photographic training, I had been accepted at the Gobelins school but since I was already at the Beaux-Arts, I decided not to go to two schools. So I wasn’t influenced by technicality, and I focused on what I was photographing. My subjects often already have something enigmatic, I do not want to add anything artificial that would compromise them. I think my subjects have something to say about me, and it will always be the case over time: I’m eventually going to draw a portrait of myself without wanting to. That’s what I’ve been thinking all along.

Your naturalistic approach reminds me of other photographers from your generation, I think of Camille Vivier and Cécile Bortoletti… Wouldn’t you say there is a movement coming from this generation of artists which concentrates on naturalism?

I think the photographers you quote are quite different. My meeting with Camille was decisive. She started to be published very young, and I already knew her work when I was in high school. I met her more than ten years ago and I still find her really atypical in the world of photography. She’s always present and faithful to her aesthetics, and her work gets copied all the time. I don’t think there is a “school”. Photography is a fairly solitary practice for me and I have never studied it so I have never belonged to a particular group of photographers or been influenced by a teacher or a certain type of images. 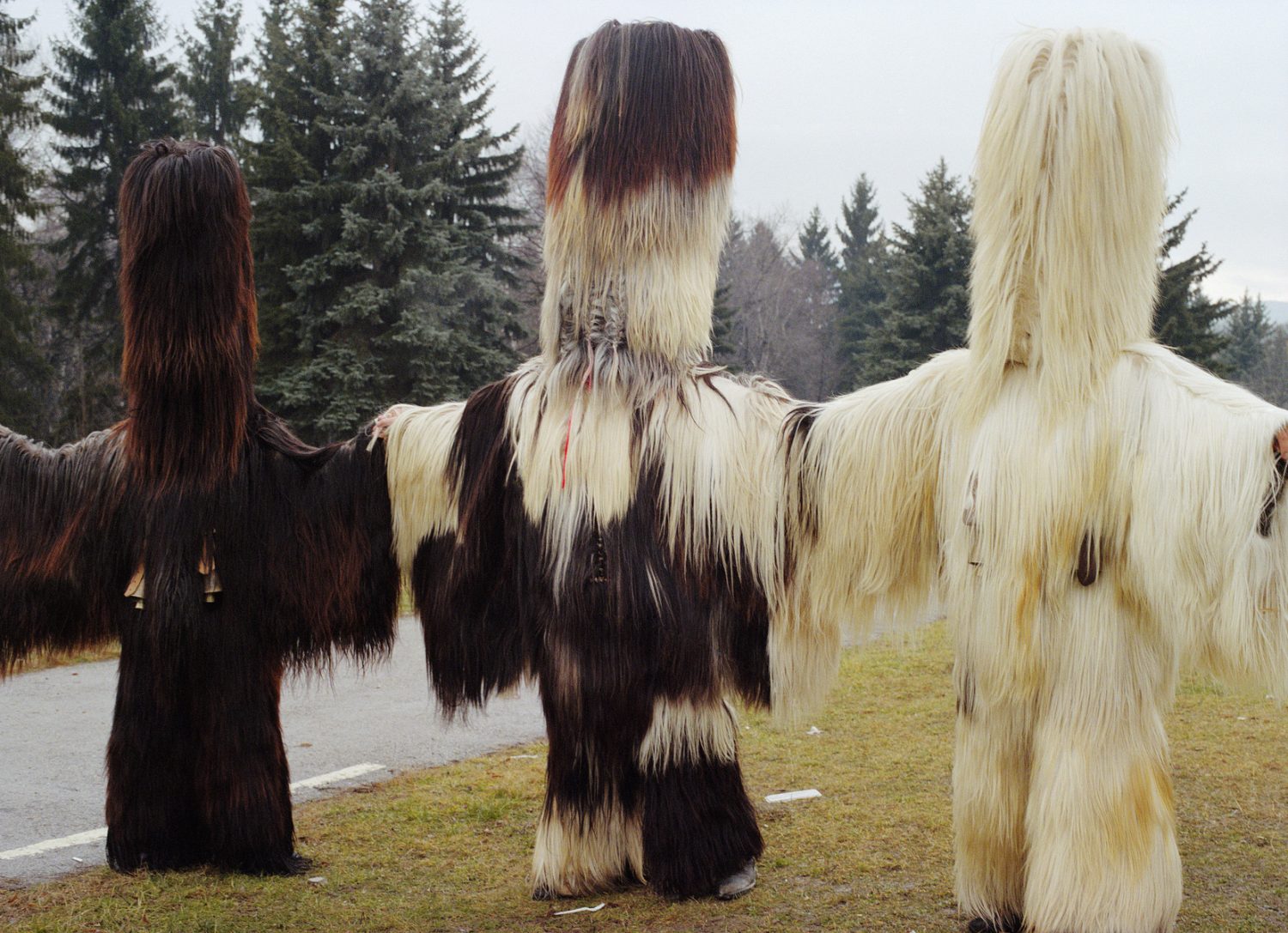 You often go to “unexplored territories” to discover cultures or communities that have not or rarely been the subject of artistic work. If we take the example of the series “Parking Lot Hydra”, we could see you as a full-fledged explorer.

I wish I could! When I was younger, I dreamed of travelling, of discovering new things, and somehow that’s what I do in other ways. Each series is a journey, I think in particular of all my projects in Europe. Artists like Cameron Jamie, more in contemporary art than photography, had begun to explore these territories. In 2005, when I undertook research for my travels, it wasn’t that simple. Then we saw a surge of interest for “exploration”. Exoticism has always frightened me, that’s why I’ve always gone to places that may seem supernatural but that are set in a context that I recognize. I love the work of Les Blank, an American documentary filmmaker who died perhaps two years ago. He is known for making a documentary about Werner Herzog during the shooting of “Fitzcarraldo” in the Amazon forest. He has made many documentaries like this one but also some on subjects like women with front teeth apart, or garlic in New Orleans. He always finds a way to make his subjects exciting and is one of those people who explore universes close to them but who make discover incredible things. In this sense, I am in permanent discovery. I work instinctively, so there is indeed an exploration of things, and of myself.

Instinct is a pretty good word. What is your relationship with nature, in a very broad sense, that we find both in the eroticism of your photos, in the presence of nature in your subjects, in the rituals that you illustrate? It almost seems to be present in a mystical way.

Nature is present in my work, almost in spite of myself, actually. The subjects I go to often have a link with the cycle of the seasons. It is more precisely the case of the costumes or rituals that I’ve been able to photograph. In this sense, one can say I work with nature, and I would even say with the movement of the world. I’m not fighting it. For example, the costumed events take place at the winter solstice, and I go there almost every year. I try to blend into the cycles of the world. 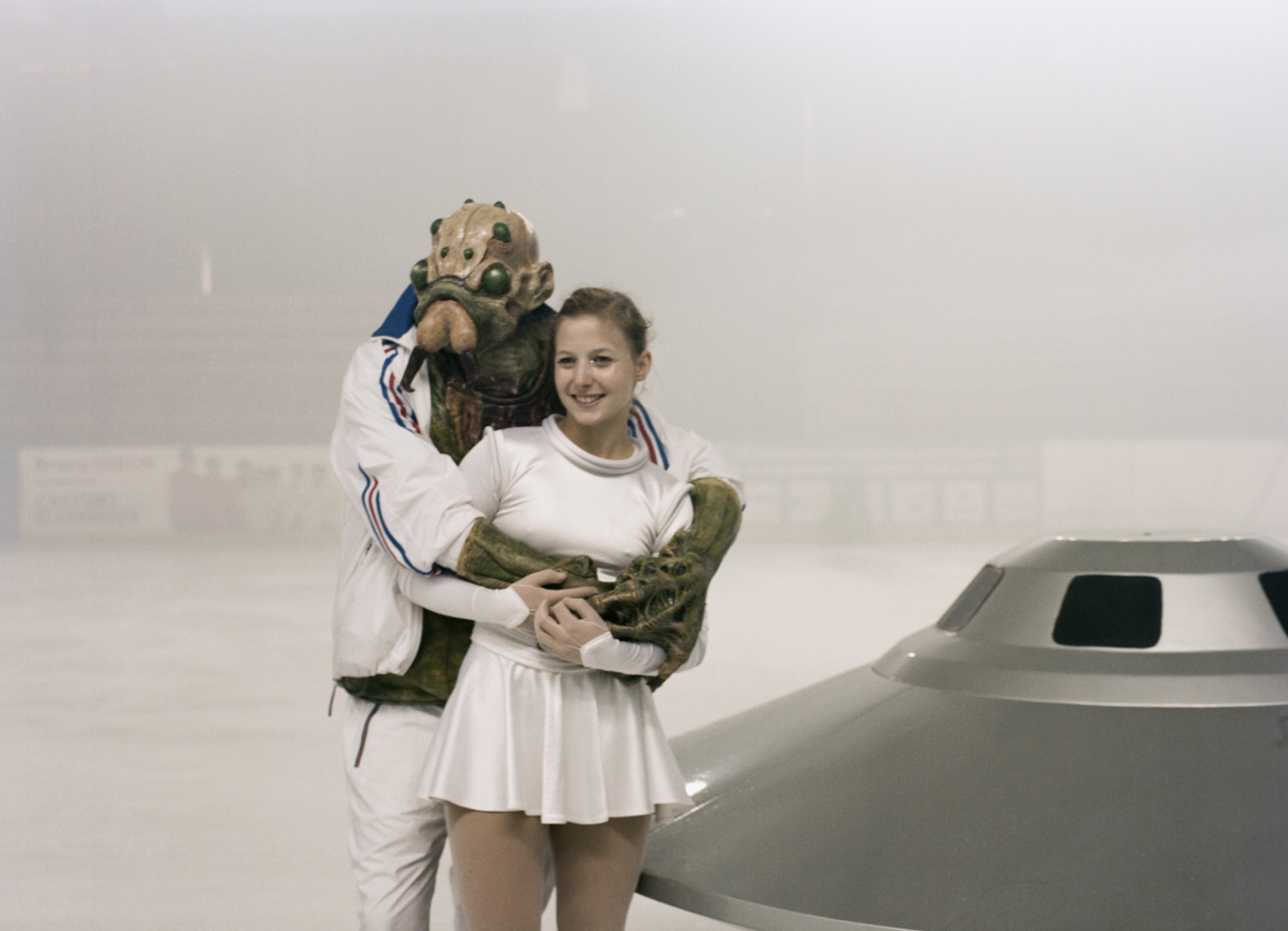 Can you find a new interest in your work with each new cycle you experience?

It’s a long-term job. I try to always get inspiration from new places. It is as if I had several rails, all this work on traditions that I started and that I continue because it is pleasant and varied, there were other subjects like Happy Purim, rather punctual but which was done over three or four years. I always try to keep a project open, I don’t like when it ends. I try to make sure that the series can meet, even over ten years. In an exhibition, I can very well mix a recent photo with the still life I presented at the Hyères Festival. And it reassures me, I feel good to be able to do that because I tell myself that my work makes sense. I try to make it a coherent whole.

It is true that there is a real timelessness in your work.

That’s kind of the idea. Even if I love to make fashion images, there is still an ephemeral, perishable side, which, I find, is scary. You produce things and then you forget them. I’m trying to get rid of an aesthetic too fixed in an era. Even if there are aesthetics I love, I won’t see myself reproducing them. Besides, my idea is to always have a part of reality.

There is this duality between a very realistic work and this attraction for costumes, masks, the imaginary world…

It’s an attraction to the wonderful. I noticed that a little while ago. It’s something that comes from childhood, this fascination for films like “The Wizard of Oz” or “The Never-Ending Story”, which begin in a banal, boring world, and suddenly fall into something completely fantastic produced by the child’s imagination. It is the definition of the marvelous: an irruption of the supernatural in the real world. I’ve found that’s often what I’m looking for.

We were talking earlier about the Hyères Festival, it was an important event for you.

It was very important because I was selected right after I graduated from art school. I had the opportunity to exhibit my work in a place with a lot of people there and to meet a jury composed of people that we did not have the opportunity to meet easily. And then I won the photography prize that year (in 2006, editor’s note) with Jaap Scheeren, which gave me enormous visibility. I was twenty-five years old, at the beginning of my career, and the prize allowed me to continue on this path. 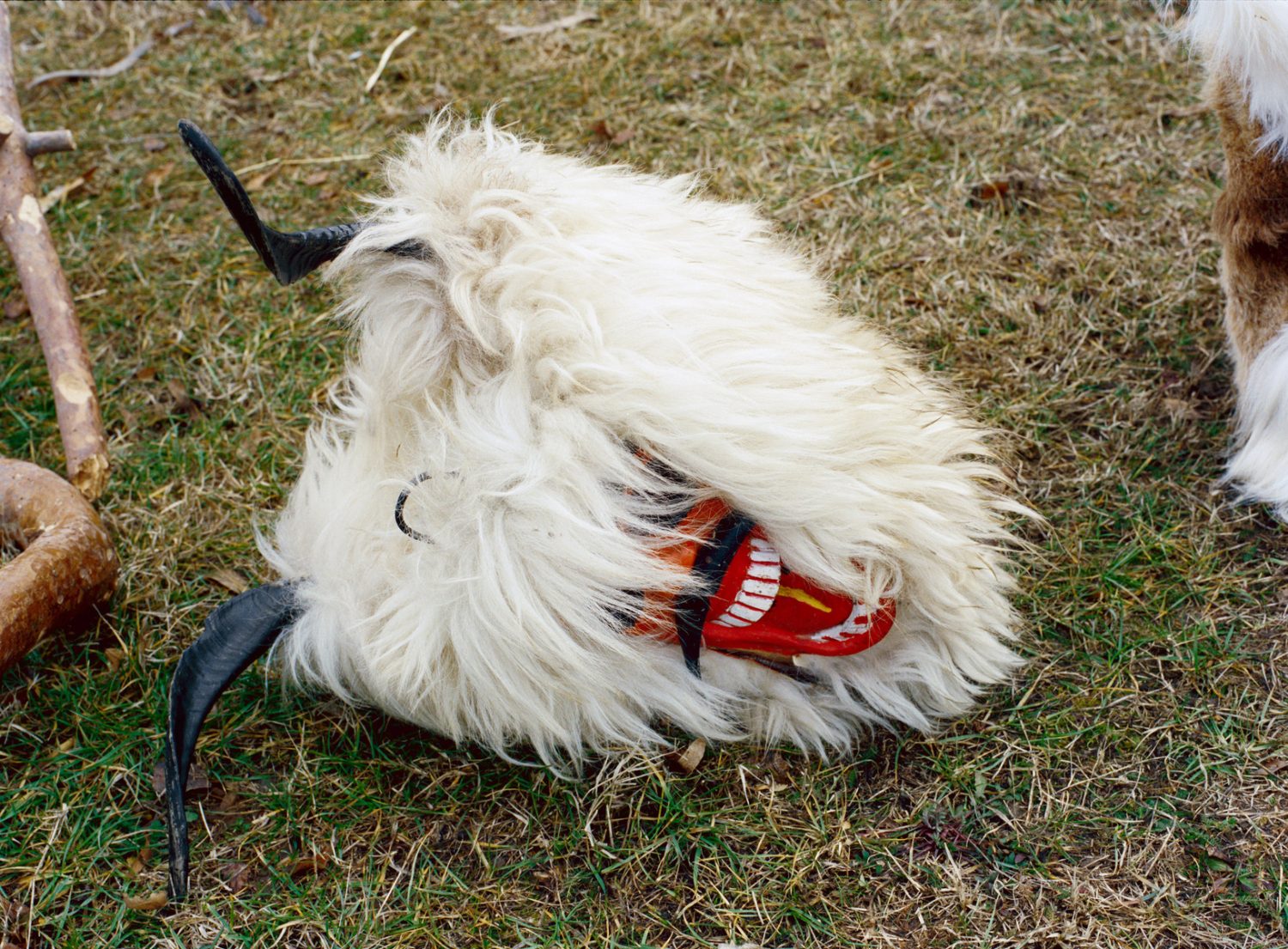 Let’s go back to your image exhibited at Le Coeur as part of the exhibition “My Body My Choice”. What is your relationship to femininity, to the nude?

I don’t do a lot of nudity, sometimes I use it to serve a purpose, when an image crosses my mind. At the time, the magazine L’Imparfaite had asked me to do a series for them and I had started to develop with my friend Sandra Berrebi a very personal series. In this series there was this image of the painter Lucio Fontana, who makes notches in monochrome paintings. I wanted to recreate this image and make a woman emerge from the paper.

But would you say your work is feminist?

For me, feminism is absolute equality between men and women. We discussed it with the girls of Le Coeur, and they told me that to get there we had to go through actions, exhibitions like this one, dedicated to women. Personally, I am really for making no difference and relying solely on the work to determine if it is good. Women can also create degrading images for women, and men can be very respectful. I don’t like to categorize too much. I’m still very happy to be part of an exhibition like this one, which asks all the questions, because they are essential.

Thank you to Le Cœur Gallery